Superdry co-founder Julian Dunkerton quits to run his own hotel 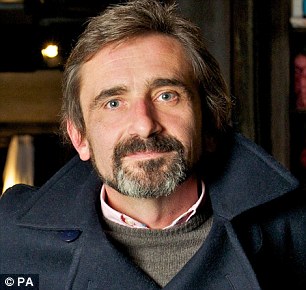 Superdry’s co-founder is stepping down and donating more than £1m in shares to a conservation charity.

Julian Dunkerton, 53, will leave his director position with the fashion retailer at the end of the month, with creative teams stepping in to take over his product and brand work.

He revealed he will devote more time to charitable interests and separate businesses, including a cider maker and a hotel.

He said last night: ‘I am immensely proud of everything achieved at Superdry over the past 15 years.

‘It is the right point for me to transition my focus and responsibilities.’

He also plans to transfer a block of ordinary shares worth up to £1.2million to the Blue Marine Foundation, a sea and biodiversity protection charity, as a personal donation.

Dunkerton founded the firm in 1985 from a market stall in Cheltenham and it floated in 2010.