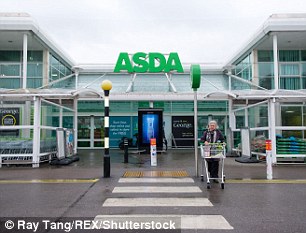 Supermarkets and suppliers have stepped up efforts to block the £14.1bn merger of Sainsbury’s and Asda

Supermarkets and suppliers have stepped up efforts to block the £14.1billion merger of Sainsbury’s and Asda, warning it could increase prices and limit options for shoppers.

In a summary of responses submitted to the competition regulator, firms said some suppliers could even be forced out of business as the merged group pledged to slash prices on household items by 10per cent.

Others raised concerns the tie-up would make it difficult for vulnerable customers to do their shopping if Sainsbury’s and Asda had to close supermarkets as part of the deal.

The Competition and Markets Authority published the responses as it carries out its initial investigation into the merger.