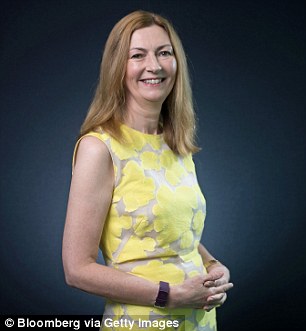 One of the City’s best-known female fund managers has been poached to run Fidelity International.

Anne Richards is jumping ship ahead of a shake-up at M&G Investments, which she has run for the past two years.

The 54-year-old, who is married with two children, leaves M&G next month and will start at Fidelity in December.

An engineer by training, she began her career in Geneva as a research assistant at Cern, the European Organisation for Nuclear Research before doing a business degree and rising rapidly through the ranks in fund management.

Fidelity, which looks after £235.1billion of savers’ money, would not say how much Richards will be paid. She earned £3million last year.