It’s no secret that some office phrases and buzzwords can seriously annoy colleagues and be a source of simmering frustration.

New research today has revealed that the most annoying office jargon in 2018 is the phrase ‘touch base’ which translates as meet or talk about a specific issue.

Nearly a quarter of employees in Britain find that phrase the most annoying, according to a poll by job website Glassdoor. 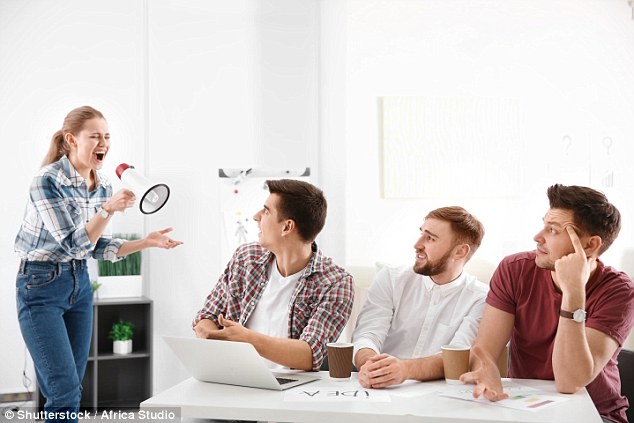 Shut up! The most hated office jargon is ‘touch base’ closely followed by no brainer and punch a puppy

It says that some phrases and jargon can undermine a person’s credibility inside the office.

If you really want to irritate someone, you can say that it is a no brainer to touch base and punch a puppy.

This is because ‘no brainer’ and ‘punch a puppy’ are joint second on the list, with 14 per cent of the vote of 2,000 workers by OnePoll.

No brainer translates as a decision that is easy or obvious, while punch a puppy is to do something horrible for the greater good.

John Lamphiere, managing director of Glassdoor Europe, Middle East and Asia, said: ‘Although it’s hard to avoid saying all of these phrases, employees should be aware of overusing jargon which can often be confusing and undermine your credibility.

‘Every company and team will have its own culture, and although terms such as “low hanging fruit” and “no brainer” may seem pretty commonplace, they should be used sparingly to avoid putting off your colleagues.

‘Keeping your language clear and specific will result in you and your teammates consistently delivering the very best work possible.’ 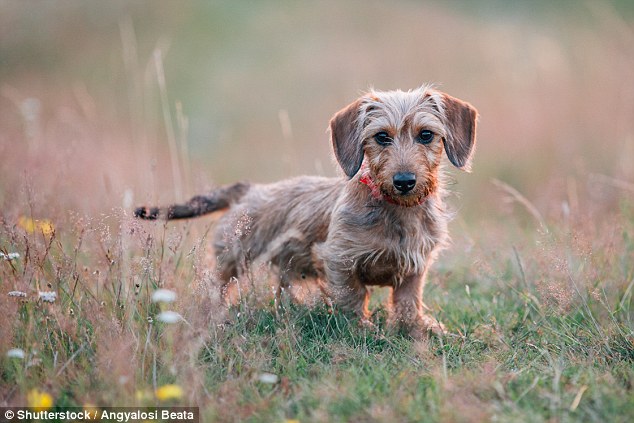 Odious term: Punch a puppy is joint second on the list – surely nobody really uses it in their everyday office lexicon?

4. Game changer (11 per cent). Translated: A unique or disruptive product, idea or process that represents a significant shift in thinking.

5. Pick it up and run with it (10 per cent): To continue a process that someone else has started.

6. Mission statement (9 per cent): A guiding principle or objective for a business.

What office phrases do you detest?

For me, it is touch base, closely followed by blue sky thinking.

For This is Money personal finance editor Rachel Rickard Straus it is ‘reaching out.’

Let us know the ones you hate in the comments section below.

7. We’re on a journey (9 per cent): Bringing a team together in order to achieve a unified goal.

8. If you don’t like it get off the bus (9 per cent): Implying that a colleague should leave a company if they are unhappy.

9. Run this up the flagpole (9 per cent): Test the popularity of a new idea or proposal.

10. Lipstick on a pig (9 per cent): Trying to improve a bad product/idea with superficial changes.

11. I want to leverage your synergies (8 per cent): To take steps to amplify situations when two complementary business ideas run in parallel.

=12. Let’s reverse engineer (8 per cent): To disassemble an idea or process, breaking it down into its components.

=12. Let’s get our ducks in a row (8 per cent): To align a team in preparation for a campaign or activity.

In addition, the phrases ‘to agility and beyond’, ‘put a record on and see who dances’, ‘rubber meets the road’ and ‘here are the general specifics’ were picked by only six per cent or less of employees questioned.

The phrase ‘touch base’ remains the most annoying office term for the second year in a row, after also topping the 2017 survey.

New phrases this year include ‘lipstick on a pig’, ‘I want to leverage your synergies’ and ‘let’s reverse engineer’.

Glassdoor says that to be a success at work without using jargon, workers should be authentic and make an effort to learn about people.

It also adds that you should work across teams if you get a chance, keep positive and always offer to help out.