Sykes Holiday Cottages, which manages more than 11,000 properties in the UK, said demand has surged to record levels after a rise in the number of Britons opting for staycations.

It said the weaker pound has attracted more holidaymakers from home and abroad. It added that it was heading for its best summer yet on the back of the current heat wave.

Trading in the past eight weeks has surged 35percent above the same two month period last year. 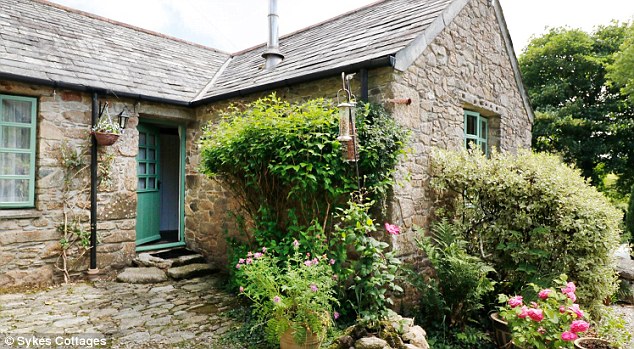 Sykes Holiday Cottages, which manages more than 11,000 properties in the UK, said demand has surged to record levels after a rise in the number of Britons opting for staycations

Chief executive Graham Donoghue said: ‘The recent royal wedding and warm weather have been a perfect showcase for everything that Britain has to offer.

‘The boom in staycations not only shows no sign of slowing down but is in fact spreading to attract more and more visitors from other European countries like Germany.’

The Chester-based business is the UK’s largest independent operator of rental properties with holiday homes in hot spots such as the Cornish coast, the Lake District and North Wales.

It said sales in the year to September 2017 rose 38percent to £37.5 million compared with the previous 12 months. Profit in the same period rose 28percent to £8.8 million, before interest, tax, depreciation and amortisation were deducted.

Sykes has also acquired other firms as part of its expansion drive, including Cornish Cottages and Helpful Holidays.

Donoghue said his company was also benefiting from the rising number of people with two homes.

‘We are seeing more and more people buying holiday homes and approaching us to market their properties,’ he said.

It is estimated that the UK currently has around 250,000 holiday property owners. The figure is said to be growing as a result of pension freedoms that came into force in 2015, making it easier for those aged over 55 to access cash lump sums.