Take off for EasyJet push to boost package holiday bookings 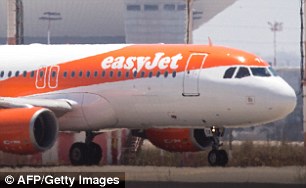 Easyjet is to invest in its package holidays business, revamp its loyalty scheme and try to tempt more business passengers on to its planes.

The low-cost airline is bringing in the new reward scheme in a bid to increase the number of travellers willing to fly with it more than once.

Since 2010, EasyJet has increased the number of returning customers from 37m to more than 60m. However, of the passengers that use EasyJet every year, almost half never do so again.

EasyJet already has a loyalty scheme, called Flight Club, but it wants to introduce a beefed-up version next year that will give customers travelling for both leisure and business better value and rewards.

Chief executive Johan Lundgren said it will launch in its next financial year.

‘It will be a loyalty programme that aligns with our values of ease, affordability and being really convenient for customers,’ he added.

EasyJet also wants to increase the number of people booking hotels through its website by improving and widening the choices on offer.

It has appointed Garry Wilson, the former director of product and purchasing at Tui, as chief executive of its holidays division.

Russ Mould of broker AJ Bell said improving its holidays business could be an ‘easy win’ for EasyJet.