Terraces are being re-branded as townhouses with price tag attached

Terrace houses evoke an era when children played in the street, neighbours chatted over the fence and smoke puffed from rows of chimney pots.

Today, developers have been putting a modern twist to the traditional two-up two-down, restoring entire streets of terraces, rebranding them townhouses and attaching £1million-plus price tags.

In some respects this reflects the very first such ‘row’ houses, as they were also called, built by the Huguenot entrepreneur Nicholas Barbon following the Great Fire of London. These appeared in London’s Grosvenor Square from 1727 onwards and in Bath’s Queen Square two years later. 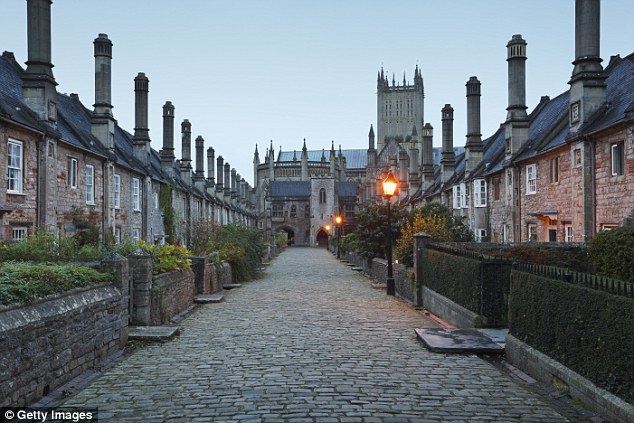 But it’s also the case that the style was used for workers’ housing during the Victorian Industrial Revolution and survived until the Fifties and Sixties, when many were cleared in favour of high-rises. We have almost come full circle.

In Warwick, a row of 18th-century ex-council offices are being transformed into Northgate, a terrace of townhouses, with three to seven bedrooms, from £1,150,000.

‘It is hoped that the project will re-instate a sense of community on the street, which was lost while the properties were offices,’ says Charlie Smith, of selling agents LREA (londonrea.com).

According to Savills estate agents, terrace houses in the South-East and the East of England have increased their value, with the hotspots of Cambridge, Oxford and Virginia Water attracting an average price of more than £800,000.

So what is their appeal?

‘They are generally in more preferable spots; city centres and established residential areas,’ says Martin Walshe at Cheffins, which is selling Barley Mews, a row of eight homes, from £465,000 for a two-bedroom house rising to £675,000 for a four-bed, in Great Shelford, near Cambridge.

Max Lee and fiance Laura Rodriguez, a structural engineer, have just bought their first home — a two-bedroom terrace house for £275,000 in Barnes Village, a collection of 155 terrace and semi-detached properties in Cheadle, Greater Manchester.

‘Many of the newer schemes will encourage community spirit, and whereas it’s unlikely to see children playing on streets lined with Victorian and Edwardian terrace homes, this is more common on new developments,’ adds Mr Walshe.

The traditional terrace is characteristic of London, and several of the capital’s boroughs saw average values rise to more than £1million in the past year.

Housebuilder Octagon has just completed nine four and five-bedroom townhouses in Fulham. Bishops Row is a more luxurious example of the two-storey terrace — homes come with a roof terrace, balcony, gym, cinema room and covered courtyard with walk-on glass ceiling (from £4,995,000). Glitz aside, one of the attractions to living there is being part of a community.

Terraces today come in a variety of architectural styles. New England townhouses with clapboard facades will be a major feature of Berkeley Homes’ new Green Park Village in Reading, surrounding a lake (greenparkvillage.co.uk).

‘Community life is key to this scheme,’ says a spokesman. ‘Once complete it will feature a village square, lakeside trails plus a primary school.’

ON THE MARKET ..SIDE BY SIDE 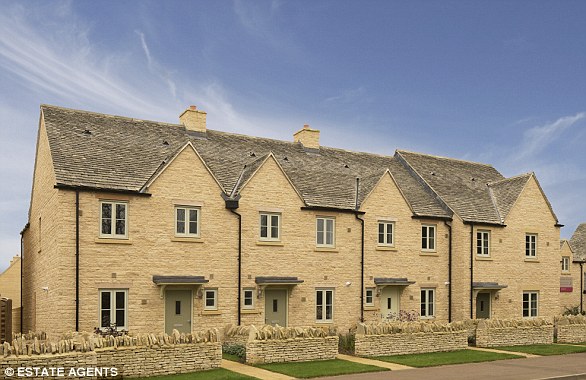 GLOUCESTERSHIRE:  Amberley Park in Tetbury is a terrace of two, three, and four-bedroom homes built in Cotswold stone. Prices start from £249,950 for a two-bedroom midterrace house.Bewley.co.uk, 01666 500213. 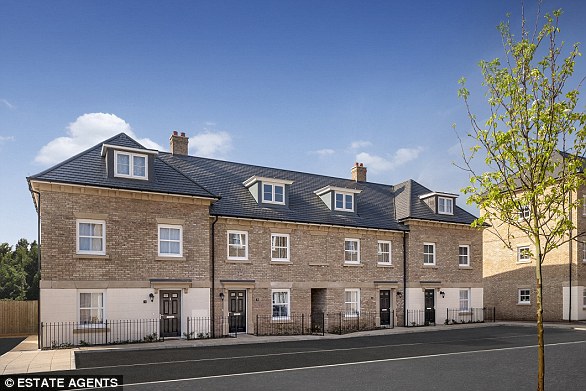 KENT: This classic terrace of two, three, four and five-bedroom homes is part of Ebbsfleet Garden City. Regent Square has openplan kitchens and gardens, from £379,995 for a two-bedroom home.Redrow.co.uk/regents quare, 01322 771457. 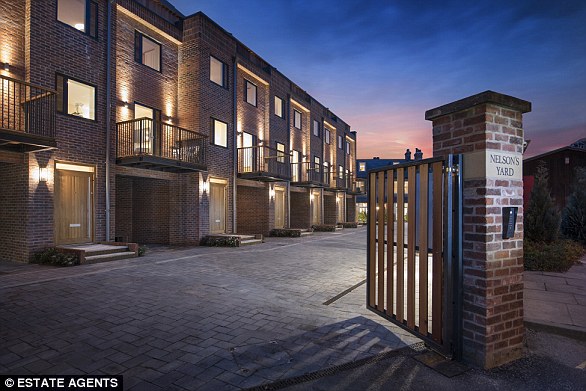 YORK: Nelsons Yard is a terrace of six, three and four-bedroom homes in Walmgate with a gated entrance and gardens. A four-bedroom, four-bathroom home is priced at £599,950.Carterjonas.co.uk, 01423 586789.