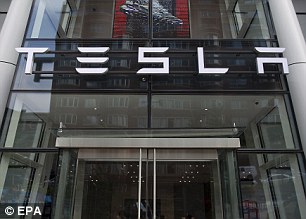 Electric car maker Tesla’s bosses are locked in discussions over taking the firm private, as speculation rages over whether founder Elon Musk can find the money.

A deal is likely to require private equity buyers to stump up £54billion, which would make it the biggest takeover in corporate history.

Only a handful of firms could do it, and there is widespread scepticism that any have signed up yet.

Daniel Ives of trading firm GBH Insights said: ‘Investors are really trying to get their arms around whether this is feasible, and what kind of form it would take.’

Tesla board members said Musk first mentioned his plan last week, but it was made public on Monday in a series of explosive tweets.