The £21m we paid to firm run by chairman’s wife was not over the odds, insists Metro Bank boss 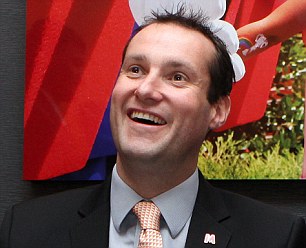 Metro Bank boss Craig Donaldson has dismissed criticism of a cosy deal between the lender and its chairman’s wife.

And the chief executive insisted that Metro is not paying over the odds for services provided by Interarch, an architecture firm run by Hill’s wife Shirley.

The bank has spent £21million on Interarch’s services since 2010, infuriating one shareholder.

Donaldson added that Hill’s rocky history – he was ousted from a New Jersey lender over concerns about deals with family members, but was never found to have done anything wrong – has no impact on Metro’s future.

Donaldson said: ‘It’s old news which has just been dragged up.

Donaldson added that the tender process by which US firm Interarch won Metro’s business was conducted transparently.