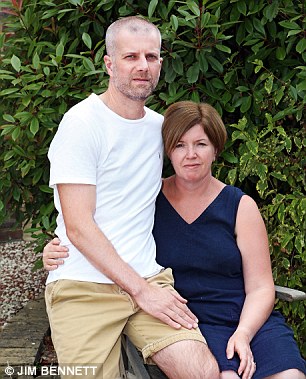 A father-of-two has been denied a £250,000 insurance payout because he purchased his policy 24 days before it was updated to include cover for cardiac arrest.

Steven and Julie Jackson, from Dartford, Kent, took out critical illness cover with Aviva on June 13, 2013. At £72.56 a month it wasn’t cheap, but it gave them the peace of mind that their children George, 13, and Harry, ten, would be protected financially should either of them fall seriously ill.

But when Steven’s heart stopped in August last year, leaving him in a coma for 72 hours and requiring surgery, Aviva refused to pay the couple’s claim.

They said this was because Steven, 46, had suffered a cardiac arrest and not a heart attack — and Aviva had not updated its policy to include cover for cardiac arrest until July 7, which was 24 days after the Jacksons had signed up.

Earlier this year Money Mail revealed how Aviva had also refused to pay Steven and Vicky Huddleston’s £66,500 claim because he, too, had suffered a cardiac arrest and not a heart attack. The couple had bought their critical illness policy in 2002 — some 11 years before Aviva updated its terms and conditions.

However, after Money Mail contacted Aviva, it offered to pay more than £20,000 to cover the couple’s lost income. Yet they refuse to extend the same help to the Jacksons.

The dilemma faced by both couples raises concerns about the different levels of cover offered by older and newer critical illness policies.

In the Nineties, insurers typically offered cover for around 23 conditions. Today, they cover as many 174, including cardiac arrest, Crohn’s disease and benign spinal cord tumours, according to research by critical illness comparison firm CI Expert.

Many older policies also contain far stricter terms and conditions. Up until 2015, for example, many major insurers said customers had to lose two limbs rather than one in order to qualify for a payout.

They were also more strict on blindness claims. Previously they required customers to get a Snellen eye test score of 3/60 — i.e. someone can read a letter at three metres that a person with normal vision can read at 60 metres — whereas today it is typically 6/60. 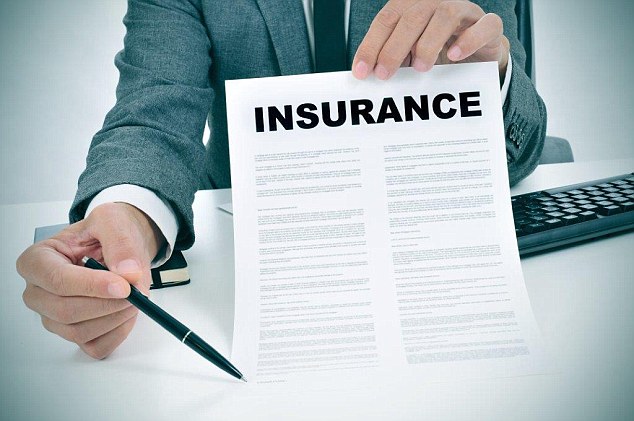 In the Nineties, insurers typically offered cover for around 23 conditions. Today, they cover as many 174, including cardiac arrest, Crohn’s disease and benign spinal cord tumours, according to research by critical illness comparison firm CI Expert

However, there are some instances where older policies provide better cover. For example, prior to 2003, many insurers paid out if customers were diagnosed with early stage prostate cancer. This condition is no longer covered because survival rates today are much higher.

Alan Lakey, director of CI Expert, says: ‘Over the years critical illness plans have improved immeasurably, but insurers do not have to inform existing customers of any changes or ask if they want to upgrade their cover.

‘It means that if customers do not review their policies every couple of years, they could miss out on vital cover.’

Steven Jackson collapsed while at the gym. His heart had stopped and he needed CPR and two defibrillator shocks to get it going again. After being rushed to hospital the doctors said they thought he had suffered a cardiac arrest which may have been caused by a heart attack. They fitted him with a stent — a small mesh tube that is used to treat weak arteries — and put him into a coma for 72 hours. 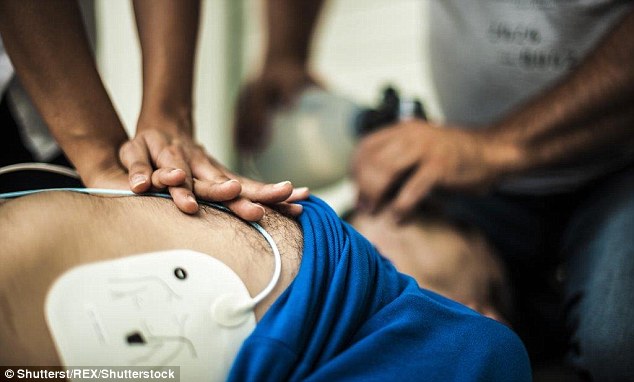 Steven Jackson collapsed while at the gym. His heart had stopped and he needed CPR and two defibrillator shocks to get it going again (stock image)

However, doctors later concluded there was not enough evidence that the cardiac arrest had been caused by a heart attack.

According to the Aviva policy, a heart attack is ‘the death of a portion of the heart muscle as a result of inadequate blood supply, as evidenced by an episode of typical chest pain, new electrocardiograph changes and the elevation of cardia enzymes’.

A cardiac arrest on the other hand is a disruption to the electrical system of the heart, causing it to stop beating.

Julie, who works in a school office, says: ‘We didn’t even know there was a difference between the two.

‘Aviva would have known when we bought our policy that they were about to change their terms and conditions, yet no one told us — and now they refuse to show any compassion when considering our case.’

A series of complications meant Steven was re-admitted to hospital twice, in October and November. He then had to return in March to have a permanent defibrillator fitted in his chest as he was at risk of another attack. 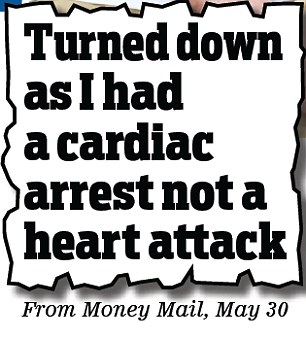 He missed around 18 weeks of work. And as an agency worker in the banking industry he was entitled only to statutory sick pay. Julie also had to reduce her hours to help care for her husband and children.

The couple contacted Aviva on September 7 to make a claim for £251,352. Aviva then failed to tell them until January that they were not covered. When the couple complained, the insurer offered them £250 compensation for poor service. The Jacksons escalated their case to the Financial Ombudsman Service, but it ruled in Aviva’s favour.

In its report the Ombudsman said: ‘Although the terms heart attack and cardiac arrest can be used synonymously, there is a difference between the two and the plan schedule showed that the cover was limited to only certain types and severities of specified illnesses.’

An Ombudsman spokesman says: ‘People take out critical illness cover in good faith, expecting the insurer will help them should they ever need to make a claim. But too often we hear from people, like the Jacksons, who only find out after they’ve had an illness that it’s not covered by their policy.’

An Aviva spokesman says: ‘Mr Jackson’s medical evidence was assessed against the terms of his contract and unfortunately, as his policy does not cover cardiac arrest, we were unable to accept the claim.

‘With Mr Huddleston, we felt it appropriate to offer some support while he was under cardiology review and to assess if any other underlying cause was established that would alter our ability to pay his claim.

‘We understand Mr Jackson has recovered and has returned to work, and, therefore, we do not feel ex gratia support is appropriate in his case.’