Shares in Facebook, Twitter and Snapchat owner Snap all fell heavily amid calls for tighter regulation on the industry on both sides of the Atlantic, bringing their total losses over two days to more than £42billion since the scandal began.

Facebook has lost 10 per cent of its value so far this week – costing founder and chief executive Mark Zuckerberg £5billion. 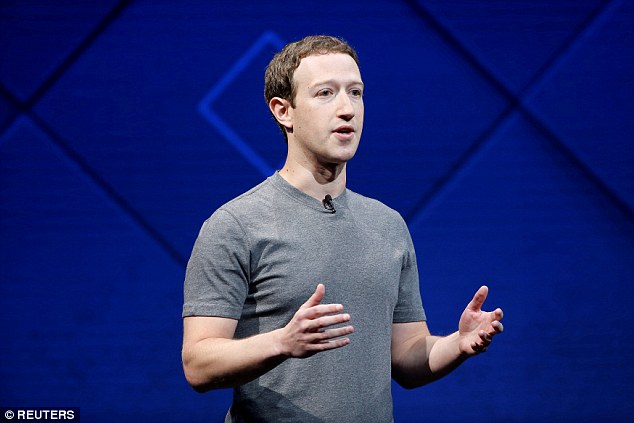 And as fears of a wider malaise in tech stocks grew, American software giant Oracle was also on the slide, diving 9 per cent, after it posted disappointing results.

British tech stocks have also been under pressure, with Micro Focus falling another 2 per cent, or 19.6p, to 991.4p after a bleak update sent its shares down 46 per cent on Monday.

And cyber-security group Sophos fell 9.2 per cent, or 42.4p, to 416.6p, taking two-day losses to more than 16 per cent, as traders flagged worries over its debts.

Experts view tech stocks as vulnerable to a change in sentiment, since many have soared in the past five years.

Chris Beauchamp, chief market analyst at trading firm IG, said: ‘The ripples on the pond continue to make themselves felt, especially in a market where sentiment is so vulnerable to further knocks.’ 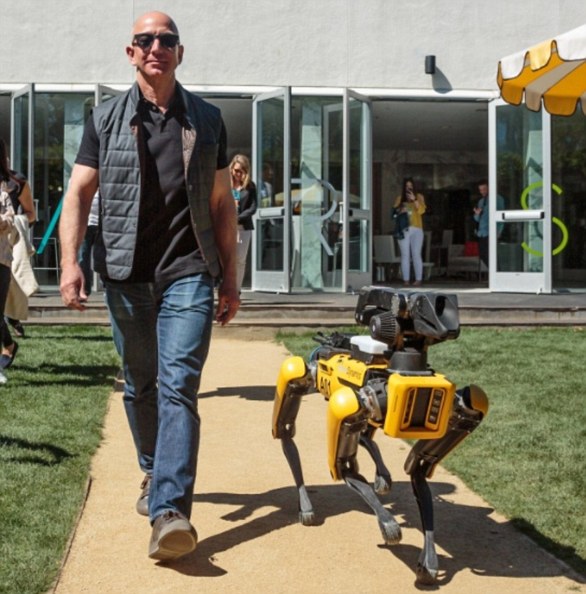 Bezos, 54, who is worth £100billion, walked the dog as Amazon began its annual invite-only MARS conference – dedicated to machine learning, home automation, robotics and space exploration – on Monday.

Facebook shares fell another 2.6 per cent to $168.15 last night following Monday’s 6.8 per cent slump. After the market closed shares were trading down further.

Twitter was down 10.4 per cent to $31.35 while Snap fell 2.6 per cent to $16. But the heavy falls were largely limited to those exposed to using customers’ data.

The sell-off came amid mounting anger over how the details of 50m Facebook users were mined by political consulting firm Cambridge Analytica to influence voters during US elections.

The Federal Trade Commission, the powerful US regulator tasked with protecting American consumers, has launched an investigation into Facebook’s use of personal data.

Politicians in the UK and Europe have also summoned Zuckerberg, 33, to give evidence to their respective parliaments over the data leak.

An increasingly vocal base of ‘socially responsible’ investors have already started to sour on Facebook. ‘We do have some concerns,’ said Ron Bates, a fund manager on the 1919 Socially Responsive Balanced Fund, which owns Facebook stock.