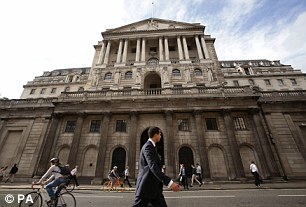 The Bank of England has hired two women for senior jobs after facing criticism over the number of men at the top.

The PRC oversees the Bank’s supervision of global banks with the aim of preventing another financial crisis.

Black, 51, is a regulatory law expert at the London School of Economics. May, 57, spent 24 years at SG Warburg and UBS.

The Bank of England has come under fire for its male-dominated leadership.

Last month, a seat on its rate-setting committee was given to the only man interviewed out a shortlist including four women.