Millions of holidaymakers preparing for a getaway this year are warned to look out for a devilish detail in their travel insurance cover – one that could result in a claim being harshly rejected.

Failing to tell insurers about routine visits to the doctor – even after buying a policy – could mean a claim being denied if a medical issue disrupts a person’s travel plans.

This problem mostly affects people who buy annual multi-trip policies and is a stark example of how people with medical conditions are routinely disadvantaged by the insurance industry. 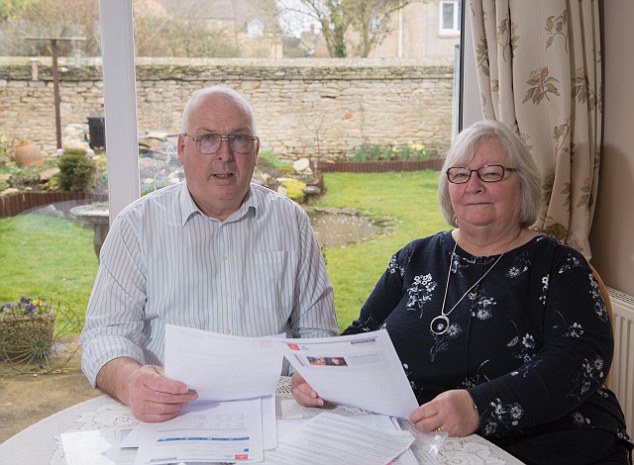 Let down: Pam and Doug Simpson feel badly let down by their travel insurer because a failure to disclose visits to a doctor meant a claim for holiday cancellation costs was rejected

Most know to be upfront about health issues when buying a policy. But few will know, or remember, to contact their insurance provider about medical appointments that seemed trivial.

James Daley is founder of consumer website Fairer Finance. He says: ‘People who buy an annual travel policy would probably not think to contact their insurer to update them about their latest doctor’s appointment.

‘There are so many caveats built into travel insurance. They are justified if they are made really clear to the customer but most insurers breeze through the sales process.’

If customers do update their insurer about ongoing medical issues, the insurer will often respond by charging an additional premium or changing the policy’s terms to exclude any emerging condition.

Daley adds: ‘Customers should get a price for the year and that is it. Insurers should not have the right to review premiums because someone’s medical circumstances change during a policy’s term.’

Insurance traps to watch out for

DRINKING: Claims linked to holiday overindulgence will be denied.

AGE: Some insurers will not cover travellers aged over 75.

DANGEROUS ACTIVITIES: Some policies cover banana boat rides but not hydrospeeding; hockey, not lacrosse; and riding an elephant but not an ostrich.

COUNTRY: You cannot assume European cover includes all of Europe. The US may also be excluded in some worldwide policies. Double check your destination is approved.

SCHEDULED AIRLINE FAILURE: If your airline goes bust the cost of the flight might not be included, though add-on cover can be purchased.

TERRORISM: In the unlikely event of being caught up in an act of terror, insurers do not routinely cover medical or repatriation costs. But it is possible to buy cover as a separate add-on.

OUT-OF-POCKET THANKS TO CANCER

Keen travellers Pam and Doug Simpson feel badly let down by their travel insurer because a failure to disclose visits to a doctor meant a claim for holiday cancellation costs was rejected.

The couple, from Witney in Oxfordshire, had two holidays booked last year – including a trip to Thailand on Christmas Day. In late October, 72-year-old Doug learned he had bladder cancer. Treatment needed to begin soon after so they cancelled the Thailand trip with Emirates Holidays. The company levied a 30 per cent cancellation fee of £2,700.

Hopeful of recovering this lost sum from their insurer, they contacted Staysure to make a claim under their annual multi-trip policy. But it was denied, partly because Doug had not disclosed his visits to the doctor.

Pam, 67, says that when Doug originally visited the doctor they thought it was a straightforward medical issue – not the cancer it was later diagnosed to be. 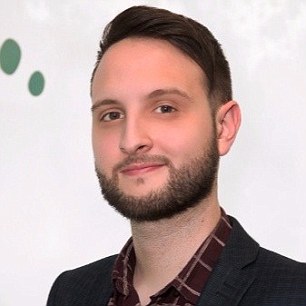 Martyn John, of GoCompare, says those who have suffered from serious illness ‘receive a double blow’

She says: ‘I did not realise we had to contact Staysure every time we visited our doctor.

‘We feel badly let down. Doug having cancer is bad enough but we are out of pocket too.

‘If we had the slightest inkling my husband had cancer, I would have cancelled the holiday earlier so we only lost our deposit.’

After The Mail on Sunday asked Emirates Holidays to review the Simpsons’ case, it waived the cancellation fee. A spokesman said: ‘We are sorry to hear about the Simpsons’ situation. We encourage all holidaymakers to purchase comprehensive travel insurance when booking a holiday.’

Pam and Doug were also told their Staysure policy did not cover them for Thailand, which came as a surprise. Thailand is a popular holiday destination for British holidaymakers and not a typical exclusion on worldwide travel policies. Fairer Finance’s Daley says the exclusion is ‘bizarre’.

A Staysure spokesman says the Simpsons were asked if they planned to visit any high-risk countries, to which they answered no. The list of excluded countries spelt out in the policy documents include Thailand as well as Bermuda, Canada, Hong Kong and Mexico.

Many rival insurers exclude the United States in worldwide cover because of high medical costs. Countries where the Foreign & Commonwealth Office advises against all but essential travel are also likely to be excluded from cover. In relation to Thailand, the Foreign Office currently advises against travel to selected provinces on the Thai-Malaysia border. 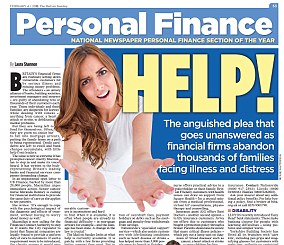 Spotlight: Our story on how customers are let down

Research by Co-op Insurance shows that one in five people cannot afford travel insurance because they have illnesses such as cancer and diabetes – which drive up premiums to unaffordable levels.

As a result, many travel uninsured or lie about their medical history, taking a major risk should they need to claim.

Last month, The Mail on Sunday revealed how banks and insurers are routinely letting down vulnerable customers who struggle financially because of serious illness.

High premiums that punish cancer sufferers and survivors – as well as those with conditions under control – are another example of how the industry abandons those most in need. Martyn John, of GoCompare, says: ‘Those who have suffered from serious illness receive a double blow. They go through hell with their condition and then, when it comes to a well-earned holiday, travel insurance is priced against them.’

Anyone impacted by ill health and who needs travel cover should seek help from a broker. Visit biba.org.uk or call 0370 950 1790.

Some European travel insurance deals now exclude popular destinations such as Spain, the Canary Islands and Cyprus, because hotels and resorts there automatically send guests to private hospitals when they need treatment.

HOW TO BUY TRAVEL INSURANCE

James Daley says travellers should take their time in buying insurance because it is easy to miss exclusions that could affect them. He says: ‘All the insurer’s focus is on a quick sale and before you know it your card details are taken.

‘This goes against a greater need to help customers understand what they are buying and what the limitations are.’

Customers who auto-renew their policies every year should also be aware of how changes to their health and age can impact adversely on a claim.

Martyn John, travel spokesman for comparison website GoCompare, says: ‘Insurers usually ask customers to update them about changes to health – which can include doctor’s appointments.

‘But if a customer is auto-renewing they are likely to forget about this requirement.’

You can find travel insurance ratings, based on quality of cover and customer experience, on the Fairer Finance website.

Anyone who believes a claim has been unfairly rejected should take their dispute to the Financial Ombudsman Service. Its impartial service settles fallouts between customers and financial companies. Latest figures show the Ombudsman upholds two-fifths of travel insurance complaints in favour of customers – higher than for car, home and pet insurance.