The hunt for Toys R Us’ missing millions

Investigators are in pursuit of more than £580million that was funnelled out of Toys R Us’s UK business and into a tax haven on the British Virgin Islands.

Accountants and hedge funds are understood to be on the trail of the cash – a loan that was handed over by the British arm of the toy retailer just months before it went bust.

Administrator Moorfields Corporate Recovery is preparing for a full investigation of Toys R Us’s financial affairs as it begins to close all its 105 stores and make 3,000 staff jobless. 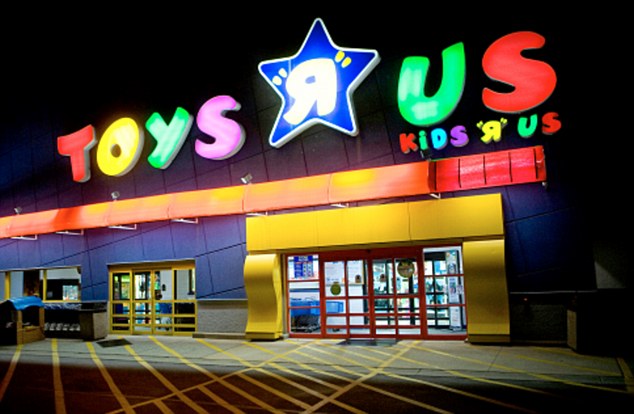 It said the investigation will include determining why Toys R Us funnelled the £584.5million loan into an offshore subsidiary and then waived repayments.

Although pensions officials have previously asked company chiefs about the transaction, it remains a mystery.

Documents seen by the Mail reveal US hedge fund Blue Mountain Capital is chasing the money held in the British Virgin Islands as a way of making up for losses it suffered after the collapse of the American arm of Toys R Us.

If it proves successful, the hedge fund – once run by Barclays boss Jes Staley – will get its hands on the cash which may have been stripped from the UK arm.

Toys R Us hit trouble last year when its US parent filed for Chapter 11 bankruptcy protection after revealing it had £3.7billion worth of debt.

Months later, the UK business admitted it had run into financial difficulty and announced plans to close a quarter of its 105 stores. 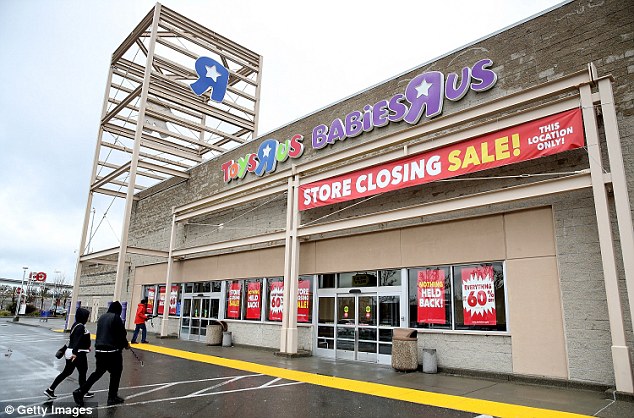 Toys R Us hit trouble last year when its US parent filed for Chapter 11 bankruptcy protection after revealing it had £3.7billion worth of debt

The retailer agreed to pay £9million into its pension fund and continue trading over the crucial festive period. But it was forced to admit defeat and is getting ready to shut all its stores over the next few weeks, which will leave thousands of staff out of work.

Tax experts have called for an investigation into the company’s finances after its accounts revealed the write-off of the £584.5million loans to a company based in the British Virgin Islands, a territory commonly used by companies for tax avoidance purposes.

The loans first appeared in company accounts in January 2017, and appear as sums of £92.5million plus interest, and £461.4million plus £25.6million to TRU (BVI) Finance II.

It states that these payments were waived – suggesting the money handed to the British Virgin Islands and the interest that should have been paid by the company to the UK, had been given up on.

This is significant because of the £38million pension deficit at Toys R Us.

The scheme is set to fall into the Pension Protection Fund and members could lose up to 10pc of their incomes.

Prem Sikka, professor of accounting and finance at the University of Sheffield, said at the time: ‘Why on earth did they have all these subsidiaries based offshore? The straight answer is that it offers it a degree of secrecy and confidentiality.’

A spokesman for Toys R Us said: ‘These were non-cash transactions between the UK holding company and its wholly owned subsidiary in the BVI.

‘They had no impact on the financial position of the UK trading company and the move was part of a broader effort to simplify the UK group structure.’