Nine of the world’s rarest cars will arrive in London next month – including an astonishing 28.5 litre pre-war Fiat known as the Beast of Turin.

The London Concours is the capital’s summer-time automotive garden party that’s crammed with over £50 million worth of exotic, vintage and hugely collectible cars.

This year’s event – taking place on 7 and 8 June – will play host to some very rare cars indeed. Below we’ve selected a rundown of the super-precious metal on show – along with details of how our readers can get a special £10 discount on ticket prices for the event. 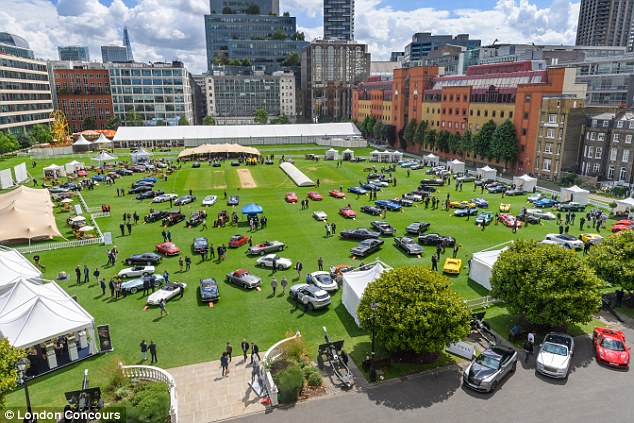 Save £10: Readers get a discount by using the code MAILVIP when booking tickets online

The London Concours show takes place at the Honourable Artillery Company headquarters between Old Street and Moorgate, in central London.

The theme for this year’s event is ‘speed’. That means all the cars will be split into five classes: fast, faster, very fast, superfast and hyperfast.

But speed isn’t what we have focussed on. Instead, we wanted to know which of the motors on display are the rarest – those you’re unlikely to see anywhere else.

Here’s the nine exceptional cars and their estimated valuations. 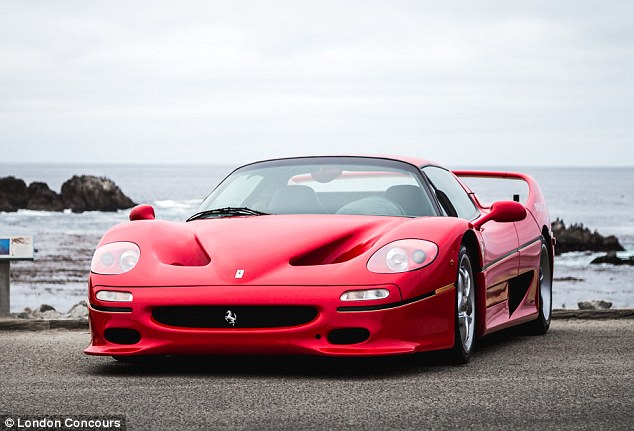 The Ferrari F50 was the successor to the much-loved F40. While it didn’t initially receive as much love as the iconic F40, it’s now hugely appreciated. With an F1-derived V12 engine, it’s as savage as it is rare

The F50 is a member of an illustrious list of Ferrari’s flagship cars, including the F40, the Enzo and – most recently – the LaFerrari.

The 4.7-litre V12 engine was developed from Ferrari’s Formula One engine of the time, helping the F50 to a top speed of 202mph, with 0-60mph taking less than four seconds. 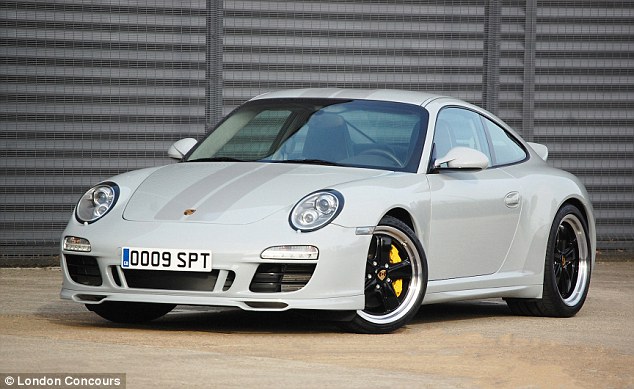 Special edition Porsche 911s built by the factory are pretty rare. Just 250 of these Sport Classics were ever created

Launched in 2009, the Porsche 997 Sport Classic is fitted with Fuchs-style alloy wheels and a ducktail spoiler, emulating the legendary 1973 Porsche 911 2.7 RS.

It features a number of bespoke touches, including a ‘double bubble’ roof inspired by the Carrera GT, grey paint borrowed from the Porsche 356 and woven leather that echoes the famous ‘Houndstooth’ pattern used by early 911s. 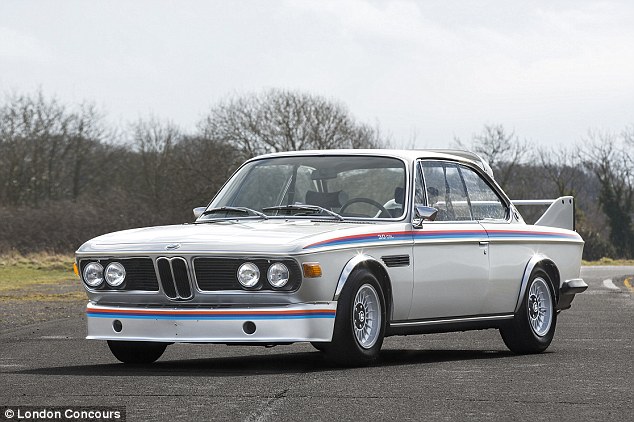 The 3.0 CSL is fondly remembered for its extravagant aero package that makes it look like the Batmobile

Originally nicknamed Batmobile thanks to its wild aerodynamic package, including a huge rear spoiler, chunky front fenders and bonnet-mounted fins, the 3.0 CSL quickly became an icon thanks to its shark-like shape and superlative performance.

A road-going homologation special, the CSL was a true race car for the road in Batmobile specification, with this aerodynamic package adding some 90kg of downforce at 124mph. A prolific racer, this coachbuilt Ferrari was raced extensively in period at tracks such as Autodromo Monza and events such as the Mille Miglia.

Featuring a stunning, one-off Vignale body, this example has been regularly campaigned in recent years and represents the crème de la crème of sporting Ferraris.

How readers can get £10 off tickets 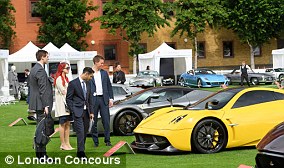 We’ve teamed up with London Concours to offer £10 off an adult £35 ticket.

Click the link below to use the MAILVIP offer code when booking your ticket for Thursday 7 June or Friday 8 June.

SAVE £10 ON LONDON CONCOURS TICKETS 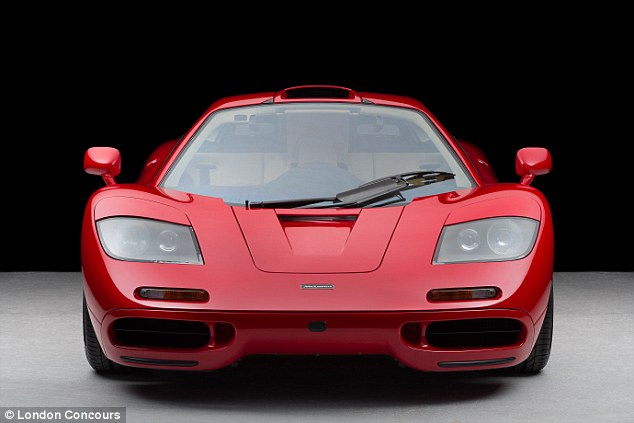 The McLaren F1 was the fastest road car in the world for over a decade. That’s no small achievement. You will rarely stumble across one on the road

It implemented a number of firsts for a road car, including a chassis made completely of strong, lightweight carbon fibre reinforced polymer.

The F1 seats three people, with the driver sitting centrally, and also features an engine bay lined with gold. Following the success of the ground-breaking Aurelia, Lancia developed the next generation V6-engined model, the Flaminia, which came in four variants. The Flaminia Sport (and subsequent Super Sport) were the work of Zagato.

This particular Lancia Flaminia Sport 3C is one of the very rare production cars factory fitted with the larger 2.8 litre engine – one of only 33. To distinguish this car even further, it has the earlier style Perspex covered cowled headlights which are factory original, as confirmed by Zagato, which makes this car the single most desirable Lancia Flaminia Sport. That’s right, a Fiat worth seven figures. It’s called the 8V Supersonic by Ghia and it’s 1 of just 33

Dubbed the Supersonic as a nod to this design inspiration, the small tailfins leading to the taillights resemble afterburners. Powered by a V8 engine, the Supersonic is a true 1950s showstopper. 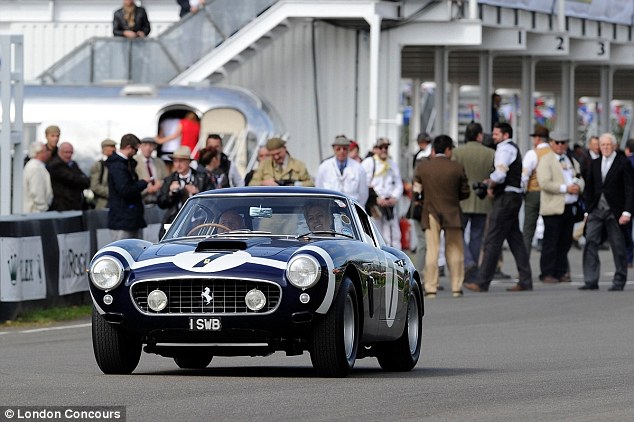 This car was the fastest and most successful GT racing car in the world during 1961, at the hands of Sir Stirling Moss.

Stirling Moss drove this car at six races, including at Silverstone, Goodwood and Daytona, winning five of them in the process. 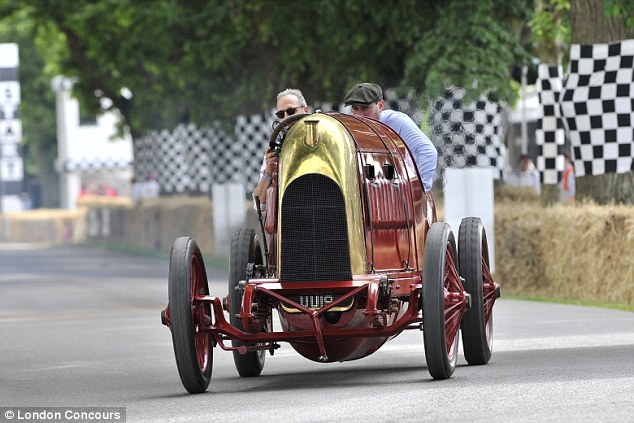 The rares of them all is this 1910 Fiat, and it’s the only one of its kind still in existence

Originally built as one of two, the ‘Beast of Turin’ is now the only remaining Fiat S76 land speed record car in existence after Fiat dismantled the other example following World War One.

Its colossal 28.5-litre inline-four engine is the largest purpose-built car engine ever, and produces around 300hp.

In 1911, it achieved a two-way speed of 116mph, and was also clocked at 135mph on a later run butwas  disqualified because it couldn’t complete the return leg.