The loopholes insurance firms are using to reject claims

Obscure loopholes are being used by insurers in the small print of their policies to avoid paying car, home, travel and health claims, a Money Mail investigation has found.

In the worst cases, customers face thousands of pounds of costs to replace stolen cars or belongings taken when their home was ransacked by burglars.

Others are facing huge medical bills abroad because insurers are relying on little-known policy catches to refuse claims. 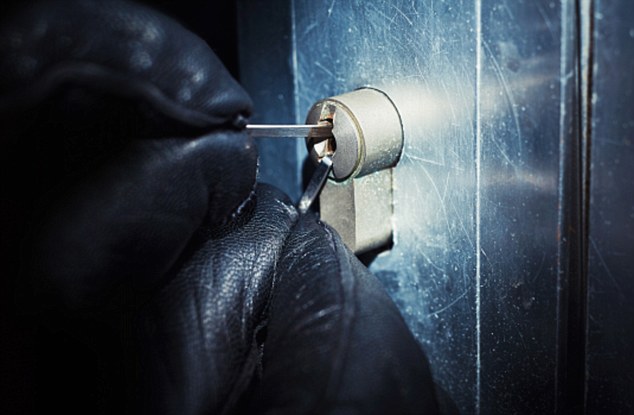 Obscure loopholes are being used by insurers in the small print of their policies to avoid paying car, home, travel and health claims, a Money Mail investigation has found

It comes after the Mail reported on the case of 50-year-old Juliet Thomas, who was left with a £30,000 medical bill when her insurer voided her travel policy because she had failed to declare that she was taking sleeping tablets.

Experts say it is unreasonable for customers to be aware of these types of exclusion when the average home insurance policy length is 20,799 words — roughly the same number as in Lewis Carroll’s classic book Alice’s Adventures In Wonderland. 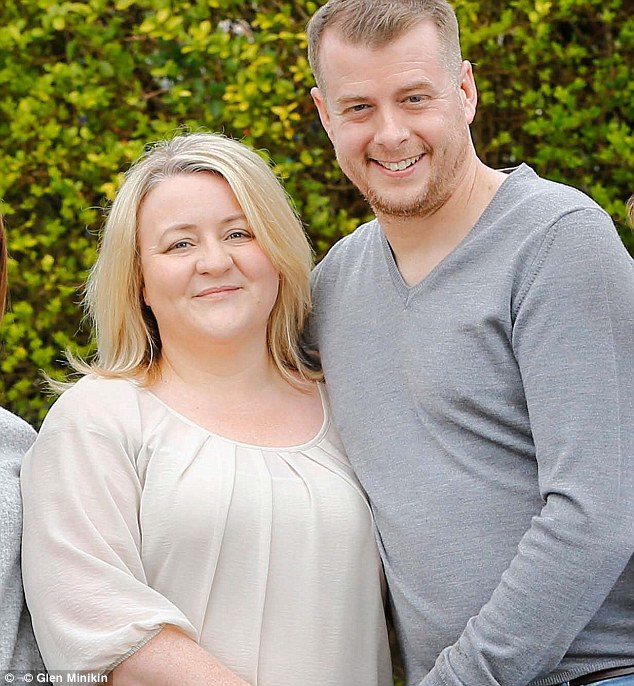 Martyn James, a consumer expert who has worked for the Financial Ombudsman Service, says: ‘Insurance exists to cover you for the unexpected events that can occur in life.

CASE STUDY: Turned down as I had a cardiac arrest not a heart attack

Vicky and Steven Huddleston (pictured above) took out critical illness insurance to cover their mortgage in the event that one of them became ill.

The couple have three children, Amelia, 15, Jude, 12, and Lena, ten, and wanted to be sure they would be able to pay their bills should either of them suddenly be unable to work.

So, when Steven, 40, nearly died in January after his heart stopped for 20 minutes, they were grateful they’d had the foresight to prepare themselves.

Yet, despite paying £22 a month for 16 years – around £4,000 – Aviva refused to pay their claim. Britain’s biggest insurer says that because Steven suffered a cardiac arrest, not a heart attack, he is not covered and ineligible for the £66,500 payout.

The insurer’s decision left the couple from Lancaster struggling financially. Steven, a self-employed floor layer, has been unable to work since he collapsed. Vicky, a midwife, has been forced to cut back on her shifts in order to care for him. So her income has been reduced, too.

Vicky, 41, had woken up at 4am after hearing Steven gasping for breath. He collapsed in front of her and, as a trained medical professional, she fortunately knew to start CPR immediately.

The children had to watch as she worked to keep their father alive until paramedics arrived. Without this quick thinking, Steven would almost certainly have died.

It took four defibrillator shocks to get his heart beating. Steven was taken to hospital, where he had a permanent defibrillator fitted around his heart.

Vicky says: ‘I thought everything would be OK because the critical illness policy would pay out to cover the mortgage. But, 12 weeks after sending off the claim, I was told that Steven’s episode did not meet its criteria.’

According to Aviva’s terms and conditions, a heart attack is ‘the death of a portion of the heart muscle as a result of inadequate blood supply, as evidenced by an episode of typical chest pain, new electrocardiograph changes and the elevation of cardiac enzymes’.

Aviva says Steven’s records show that he suffered a disruption to the electrical system of his heart, causing it to stop beating.

Vicky says: ‘We weren’t aware there was a difference between the two conditions. Steven’s heart stopped for 20 minutes, he had to have a permanent defibrillator to stop him collapsing again, he suffers from short-term memory loss and can’t drive for six months – surely that is critical enough.’

To make matters worse, Aviva updated its policy in 2013 to include cardiac arrest. Had the Huddlestons purchased their policy after this date, they would have been covered – though Aviva claims the premium would have been higher to account for this. This is not the first time that an insurer has rejected a claim on this basis.

In 2015, Money Mail reported how HSBC refused to pay a father-of-two £40,000 after he suffered a cardiac arrest, citing small print in the policy. It was only after we stepped in that the bank agreed to pay the claim.

After Money Mail contacted Aviva, the insurer agreed to cover six months of Steven’s salary and pay for private rehabilitation.

The insurer said it could not pay out the full claim because Steven’s doctor had said he would make a full recovery. But Steven has been referred to a cardiologist for further tests and Aviva is understood to be reviewing the case again.

A spokesman says: ‘We understand that this is a difficult time for Mr Huddleston and his family and we are currently supporting him in his recovery.

‘Although his critical illness policy does not cover cardiac arrest, which is different to a heart attack, we have provided financial support that covers loss of earnings for Mr Huddleston since his illness and clinical support while he continues to recover.

‘This support is separate to his critical illness claim, which we are unable to pay out based on the medical information to date.

‘We understand Mr Huddleston is under cardiology review and we will continue to monitor any changes to his diagnosis to see whether we are able to meet the claim.’

‘But Money Mail’s investigation has clearly shown that there are countless occasions when unclear or unfair contract terms are used to avoid paying out a claim — this practice undermines the whole industry.’

An analysis of cases that went before the independent dispute service for insurance claims, the Financial Ombudsman, found that some insurers refuse to pay out when a burglar has not used ‘force and violence’ to gain entry to the customer’s property.

It means that unless thieves break a window or kick down the door, insurers will reject claims — even if the customer had locked the doors and windows and the burglar picked the lock.

In one case last year, Royal & Sun Alliance (RSA) declined a couple’s home insurance claim after police said it was likely the burglars had used a skeleton key to get into the property, leaving no evidence of forced entry.

A spokesman for RSA says: ‘In this instance, there was no settlement as the cover terms within the customer’s policy were not met by the claim.’

Meanwhile, some insurers refuse claims if customers have the wrong type of locks on windows and doors.

In February, for example, one man was refused a payout following a break-in because thieves entered a ground-floor window that was on a latch.

His insurer, LV=, claimed he had not complied with the security conditions of his policy, which stated that all his windows must have key-operated locks.

A spokesman for LV= says the requirement had been explained verbally and in the customer’s policy documents.

Money Mail’s investigation also found that some motor insurers refuse to pay out if a customer’s car is stolen by a thief posing as a potential buyer, or if the spare key is kept in the car — even if it is locked out of sight.

In a case referred to the Ombudsman, the thief posing as a buyer had asked the owner of the car if he could take it for a test drive. The owner refused and offered to drive himself.

He later agreed to switch places with the ‘buyer’ but, as soon as he opened the door to get out, the thief made off with the car.

When the owner reported the incident to his insurer, Advantage, his claim was rejected. The firm says that the policy excluded cover for ‘loss or damage to your car where possession of it is gained by deception of someone who claims to be a buyer or agent’.

Travel insurers, meanwhile, may turn down claims for medical expenses incurred overseas if they don’t think that the treatment was ‘essential’.

In one case, a man was told by a doctor that he needed surgery after snapping a tendon in his heel while on holiday.

However, his insurer, Aviva, said that it didn’t think it was ‘medically necessary’ to have the surgery abroad and wanted to repatriate him back to the UK for treatment.

When he went ahead with the operation regardless, Aviva refused to cover the cost.

Aviva says that its travel insurance policies only cover treatment overseas if it cannot wait until the customer returns to the UK and that this is detailed in the policy terms and conditions.

It adds that it had paid to get the customer home after the surgery. Consumer expert Martyn James says: ‘It isn’t right that customers are expected to challenge a medical professional when they are distressed and in a foreign country where they don’t speak the language.’

Travel and health insurers may also refuse claims if they discover customers have not declared GP visits and physio appointments — even if they occurred years ago and the customer was never diagnosed with a condition.

In one case seen by the Ombudsman, a man was refused cover after he was admitted to hospital with severe back pain caused by an extruded disc hernia.

Axa discovered that he had been to his GP with back and leg pain two months prior to travelling.

Yet, despite the fact that he was only told to take over-the-counter medication and to self-refer for physiotherapy, Axa said he was not covered for claims arising from any medical condition for which he’d been prescribed medication or received treatment within six months of booking the trip.

However, the Ombudsman said that it was not reasonable for Axa to expect the customer to notify his insurer of the GP visit when he had not experienced a significant change in health.

Axa says it accepted the ruling and has paid the claim.

Some travel insurers also try to reject claims where the customer has had alcohol, even though the incident was unrelated. And others will use completely unrelated health issues or injuries to avoid paying out. 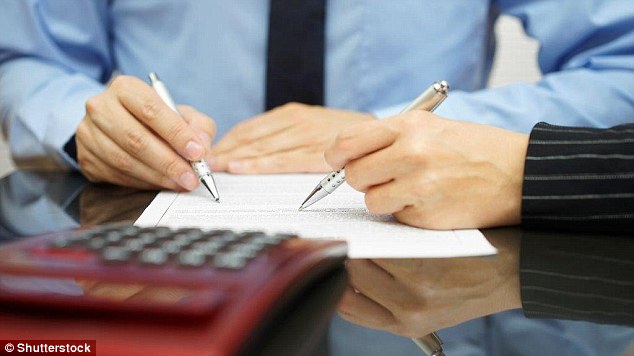 In one instance, a woman had failed to declare a trip to the GP about pins and needles 14 years before she was being diagnosed with multiple sclerosis.

When she made a claim on her critical illness policy, her insurer, Prudential, turned it down on the grounds of ‘non-disclosure’, as pins and needles can be an early symptom of the condition.

But the insurer was later ordered by the Ombudsman to pay out.

Prudential says it is ‘extremely rare’ for it not to pay a critical illness claim and adds that it is sorry for the distress caused.

James Daley, founder of Fairer Finance, says: ‘It seems that, as the pressure to set fairer prices increases, insurers are trying to reduce costs by wriggling out of as many claims as possible. Examples such as these, where insurers reject claims on a technicality, are toxic.

‘Firms should be forced to flag major exclusions in big red letters before customers sign up.’

A spokesman for industry trade body the Association of British Insurers says: ‘Insurers want to pay all claims and continually strive to make all customer communications as clear and simple as possible.

‘Insurance is ultra-competitive and, when shopping around, it is vital that people assess their needs and check the cover to ensure that it best meets their requirements.’