The MPs joining our fight to let savers cash in annuities


Moneymail’s crusade to give five million pensioners the right to cash in their annuities has secured a major breakthrough in Parliament.

Six MPs have signed a motion asking the Government to help those savers denied the freedom to cash in their retirement funds.

They are calling on ministers to ‘level the playing field’ so all can take out as much as they want, as often as they want.

The MPs say it is wrong that some retirees cannot access their own money ‘in times of need’ as they are locked into contracts that give them small monthly payments for life.

And they accuse ministers of breaking a 2016 pledge to tackle the annuity scandal.

Those affected all bought annuities before 2015 when the rules were changed to allow entire pension pots to be cashed in from the age of 55.

The six MPs want to persuade Chancellor Philip Hammond to launch a consultation on annuities in the Budget later this year.

If they are successful, savers stuck with annuities worth as little as £1 a week could be allowed to swap the paltry amounts for lump sums worth thousands of pounds.

The powerful backing for Money Mail’s Unlock Our Pensions drive comes from across the political spectrum.

And in a further boost, lobbying — backed with cash from a big U.S. pension firm — has begun to convince other MPs, consumer groups and the pensions industry to join in.

Paul Masterton, Tory MP for Renfrewshire East and a former pensions lawyer, says: ‘There is an inherent unfairness in the fact that someone who retired a month before the new pension freedoms came in doesn’t get full access to their savings.

‘If we are saying pension freedom and choice is intrinsically good and enables people to get better value in retirement, then why should we be saying to existing pensioners that you need to stick with a system we accept was broken, poor value and didn’t allow you to shape your retirement to your needs?’

Millions are barred from taking their retirement cash in a lump sum by arcane rules and insurers’ obstinate refusals to help.

Money Mail has battled for two years to persuade politicians and regulators to act. We have published dozens of articles about the injustice and spent hours meeting Treasury officials, the head of the City regulator and chief executives of Britain’s biggest insurers.

Hundreds of readers have written letters supporting our campaign. Many have explained how a lump sum would transform their lives — for example, allowing them to pay off debts or carry out urgent home improvements. 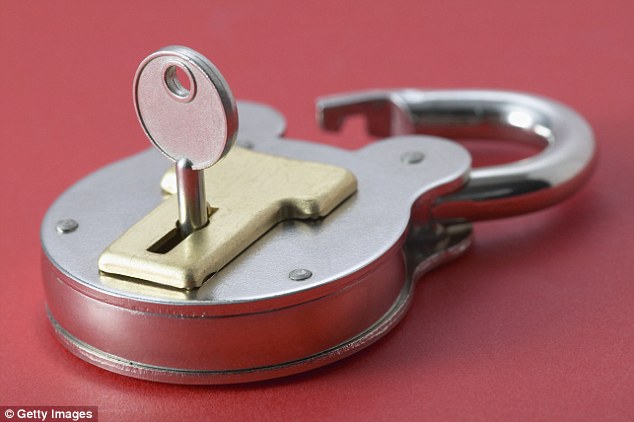 Annuities are life-long contracts where you swap your pension pot for a guaranteed monthly income.

This can be undone only if your insurer agrees — and the rules are so vague most firms have refused.

Many feel the Government has betrayed them twice — first in 2015, when then Chancellor George Osborne gave cash-in freedoms to all except those already retired.

And again in 2016, when a plan to extend these rights to existing pensions via an annuity re-sale market was ditched.

The Government said the decision was taken over fears that savers would get poor cash-in values. In June, we told how ministers broke a promise to review the secondary annuity market decision.

Money Mail has spent months talking to political lobbyists operating under the banner Your Pension Your Choice, who are promoting our drive for fairness.

They have set up a website, Twitter page and online petition at change.org/p/philip-hammond-extend-pension-freedoms-to-pre-april-2015-retirees. The website —yourpensionyourchoice.co.uk — has a template letter you can send to urge your MP to join in.

GK Strategy, the London public affairs agency behind this, will ask MPs to tweet campaign material and whip up support among colleagues when Parliament resumes after its summer break.

Its work is being funded by DRB Pension Assistance Ltd, the UK offshoot of U.S. annuity firm DRB Capital, which is looking at ways British savers could draw cash from annuities.

Stephen Lloyd MP says: ‘I think the laws of natural justice should allow the many hundreds of thousands of people who took out their annuities before 2015 be allowed to revisit them in light of more recent legislation to draw down some of the financial capital. I support wholly the long-standing Daily Mail campaign over this important issue.’

Ruth George MP says: ‘People who already have an annuity know how much they need to get by in retirement.

‘They are less likely to leave themselves short than someone who has yet to retire, so there should be more reason to trust them with their own pensions and unfair not to let them access at least part of their annuity fund.’

Sir David Crausby says: ‘It’s patronising for the Government to say to people: ‘you’ll just blow your money on foreign holidays if you receive a lump sum’.

‘At the end of the day, people put their money into a pension scheme and it’s their money to do what they want with it, regardless of how much they’ve got.’

John Glen, Economic Secretary to the Treasury, told Parliament in a written answer in April: ‘There are no plans to review the decision not to continue with proposals for a secondary market in annuities at this time.’