The number of first-time buyers and home movers fell in the months leading up to the interest rate change, the latest figures from trade body UK Finance have revealed.

While the market saw a year-on-year decline in the numbers of both movers and first-time buyers, figures for June show remortgaging in the month was up 8.4 per cent up.

That suggests homeowners were locking into new deals in the run-up to the Bank of England decision.

The number of first-time buyers making successful home purchases fell 3.6 per cent from the previous year to 34,900. By value, there was £5.8billion of new lending to first-time buyers in the month, down 1.7 per cent down year-on-year. 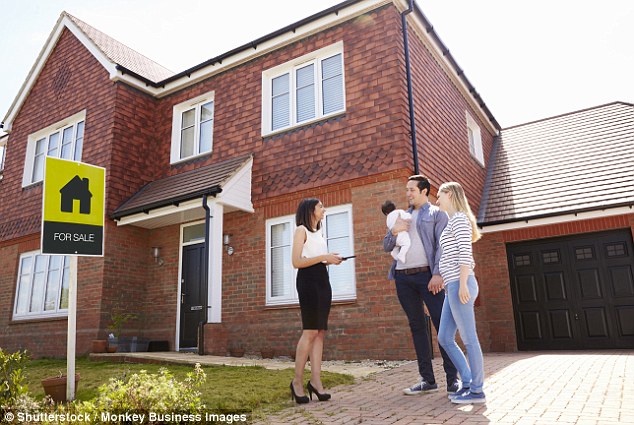 There were 34,900 first-time buyers in June, 3.6 per cent fewer than in June the previous year

Jackie Bennett, director of mortgages at UK Finance said: ‘Despite a boost in recent months, speculation of a base rate rise saw the market remain relatively subdued with year-on-year declines in activity among both first time buyers and homemovers as customers adopted a “wait and see” approach.’

‘House price inflation has moderated in recent months yet it still remains above earnings growth, and so affordability is still a challenge for would-be borrowers.’

There were 33,700 new homemover mortgages completed in the month, some 7.9 per cent fewer than in the same month a year earlier. The £7.3billion of new lending in the month was 6.4 per cent down year-on-year.

However, there were 37,400 new homeowner remortgages completed in the month, 8.4 per cent more than in the same month a year earlier. Total lending amounted to £6.8billion, 13.3 per cent higher than the previous year.

Estate agent Jeremy Leaf said: ‘Although a little historic, as the figures reflect buying decisions made several months previously, the trends are important as they show a direction of travel.

‘The journey is not particularly exciting at the moment as buyers and sellers are sitting on their hands reluctant to commit. Nevertheless, no major correction is anticipated and realistic pricing is helping to keep the market ticking over.

‘The rise in remortgaging is more of a defensive move to counter the imminent threat of higher interest rates, which proved accurate.’ 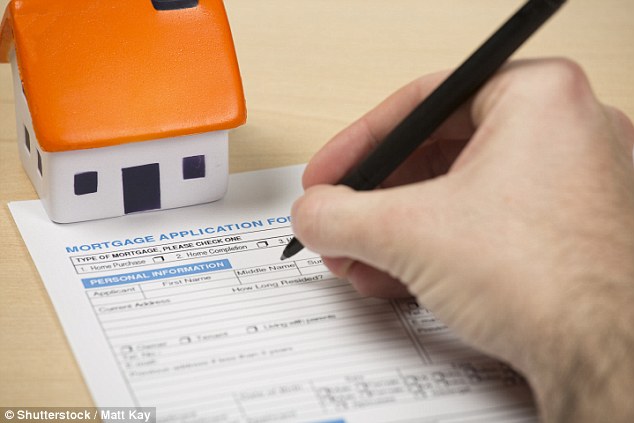 37,400 homeowner remortgages were completed in the month, up 8.4 per cent from last year

There were 5,400 new buy-to-let home purchase mortgages completed in the month, some 19.4 per cent fewer than in the same month a year earlier. By value this was £800million of lending in the month, 11.1 per cent down year-on-year.

Mark Harris of of mortgage broker SPF Private Clients, said: ‘Buy-to-let continues to be a challenge with the harsher tax and regulatory environment putting off novice investors. But there are still seasoned landlords committed to the sector for whom it is business as usual.’

By comparison, there were 12,600 new buy-to-let remortgages completed in June, the same amount as the previous year.

Leaf added: ‘Unfortunately, first-time buyers are not completely replacing the dwindling number of buy-to-let investors as the latter face tax and regulatory changes.’