M.A. writes: I was looking to put £20,000 into an investment bond and gave my details to a website. I received a brochure and a sales call from Redcap Management offering a bond issued by Standard Chartered Bank. The paperwork has the bank’s logo and says the investment is protected by the Financial Services Compensation Scheme. But I contacted Standard Chartered and was told this appears to be a scam.

You were right to be suspicious, – this is a scam. Redcap Management claims to offer a Standard Chartered Special Issue Bank Bond with a one-year yield of 6 per cent, or 10 per cent if you invest for three years. 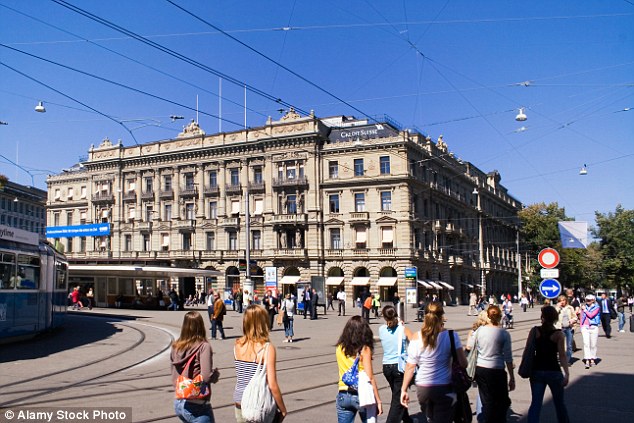 This is all supposedly asset backed, protected by the Financial Services Compensation Scheme, and tax exempt. Well, who could not resist such a package? Anyone with an ounce of sense is the answer.

Redcap Management has a London telephone number – 0203 411 6711 – but where it rings is anyone’s guess. It also has a Swiss telephone number and gives its address as Paradeplatz 8 in Zurich. If it is there, perhaps it is hiding in a basement cupboard. This is actually the world headquarters of Credit Suisse.

According to its website, Redcap Management is ‘authorised by the Swiss Financial Market Supervisory Authority (FINMA)’. This means Redcap is ‘permitted to offer the services of an asset management company in 27 countries of the European Union’.

Oddly though, Redcap does not appear on FINMA’s public register of approved financial sector businesses. The Swiss watchdog told me: ‘The company has no authorisation for any activities in the financial market requiring an authorisation in Switzerland.’

So is Redcap simply marketing Standard Chartered bonds without proper authorisation? Or do the bonds not exist?

When I let the bank know what was on offer from Redcap, it was crystal clear in describing this as a fraud. Officials told me: ‘We are aware of the existence of fake bond scams and have reported cases of which we are aware to the Financial Conduct Authority.’ Anyone considering any investment should consult an independent financial adviser, they added.

What the UK regulator has done with this information is anyone’s guess. Probably nothing. There is not even a warning on its website about Redcap Management operating fraudulently and without authorisation, let alone a mention of fake Standard Chartered bonds being marketed.

It would have been nice to discuss all this with Redcap itself, of course. I called its London number during normal business hours but after ringing out for an unusually long time my call went to an answering service.

I left a detailed message and followed this up with an email offering to drop in at Redcap’s London office if I could be given the address. Answer came there none.

After a six-month search, I admit defeat

Mrs V.R. writes: My husband took out two annuity policies in 1980 with Property Growth Pensions & Annuities Limited, based in Croydon. I understand Barclays Life took the company over and we have tried to contact it, but to no avail.

This is a classic case of companies merging, being bought out, changing name – and leaving customers downright confused.

The Croydon company did become part of Barclays Life. This in turn became BL Telford Limited, run by a different company called ReAssure, itself controlled by the giant Swiss Re. But not all policies followed this chain of events.

I traced your husband’s annuity policies to yet another company, Phoenix Group. Phoenix helpfully dug through old records to find that in May 2000 both policies – worth £22,707 – were transferred yet again, this time to MGM Assurance.

MGM Assurance no longer exists as such. Part of it is now called Retirement Advantage, but lots of the business was transferred to Scottish Friendly.

Nationwide said that as I had failed to supply my email address, my application for the £100 fee had failed.

This rang a bell and you found your husband is receiving £134 a month from Scottish Friendly. It told me this was just one of your husband’s policies, so I tried Retirement Advantage which is now part of Canada Life.

It even engaged an outside firm to scour the databases of companies and policies it had absorbed, but we hit a dead end. There was no trace of your husband, so after six months of searching, I have to admit defeat.

It illustrates how important it is for all of us not to lose touch with any investment firm, or to rely on it still being in business decades after we trusted it with our cash.

No email address? Sorry, you don’t qualify for the £100 fee

G.B.T. writes: My granddaughter and I booked an appointment at the Camberley branch of Nationwide Building Society under its refer-a-friend scheme which paid £100 for introducing a customer.

We were asked for email addresses and explained that only my granddaughter has one. We were told this was OK. A week or so later my grand-daughter received details of her new account, but I did not receive £100. Nationwide said that as I had failed to supply my email address, my application for the £100 fee had failed.

It is startling but true – you really did introduce a new customer to Nationwide but were refused the £100 reward simply because you do not have an email address.

When you protested, a Nationwide manager told you: ‘Members need an email address as part of the refer-a-friend process. As you are not currently eligible for the £100, I am sorry to say we would not look to pay this to you.’ But as a consolation prize, you could have £50 ‘in recognition of the service you provided’.

The society told me you were poorly advised by the branch. It added: ‘We can see that his granddaughter has completed an account switch and it is clear it was their intention to make a claim under the scheme, so we have made an ex gratia payment of £100 to both him and his granddaughter.’