‘Writing a book is a horrible, exhausting struggle, like a long bout of some painful illness’ – according to author George Orwell.

Yet despite such a daunting challenge many still dream of penning a masterpiece – and embarking on a lucrative and rewarding career.

Here, we share tips from those who have written a book – including secrets on how to get one published and make some money. 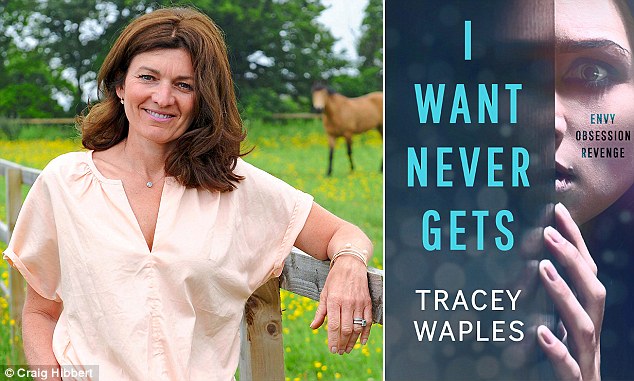 Tracey Waples, a 52-year-old mother of two, invested £4,000 in a six-month course with Faber & Faber after embarking on a first novel

An idea – whether a clever plot, unusual character or inspiration from real life – is only the start.

Many novices launch into writing projects with great enthusiasm only to give up after a few weeks. They find their story soon runs out of steam or ends up getting lost in a vague plot. After an initial rush of energy they shelve the project.

Completing the task requires that you build a plot structure and take time to flesh it out. Even with a great idea and commitment to seeing it through, professional guidance is often essential.

The £25 Writers’ & Artists’ Yearbook 2018 provides details of writing courses that can help. Among the most highly regarded are those run by publishers such as Faber & Faber, Curtis Brown Creative and Penguin Random House. You might also be inspired by local adult education courses in writing which can be found on a website Hotcourses.

Tracey Waples, a 52-year-old mother of two, invested £4,000 in a six-month course with Faber & Faber after embarking on a first novel. It was worthwhile because it helped get her book ready for publication.

Tracey already had a character in her head for the book I Want Never Gets and believes having someone she could believe in was vital for success.

She says: ‘Mulling the story over while out for walks helped prior to putting pen to paper. It made me discover that the main character was a nasty piece of work. But I did not know where the story was heading until it was completed. Writing can feel like uncovering a story already there – a bit like archaeology – but I found the expert guidance from the Faber & Faber course to be invaluable.’

Tracey, who lives in Albury, Hertfordshire, adds: ‘It felt pretentious calling myself a writer but being on a course surrounded by like-minded people eased that self-conscious concern. It is important not to be precious with a book and be prepared to rewrite sections until it feels right.’

Self-help books on writing can also provide support. Among these are On Writing by Stephen King and Nail Your Novel by Roz Morris.

Morris says: ‘Failing to finish a novel is a common problem. You must have a plot that carries you through to the end. Study other books in the genre you hope to write in – looking at key aspects such as the tricks used to keep a reader hooked.’ 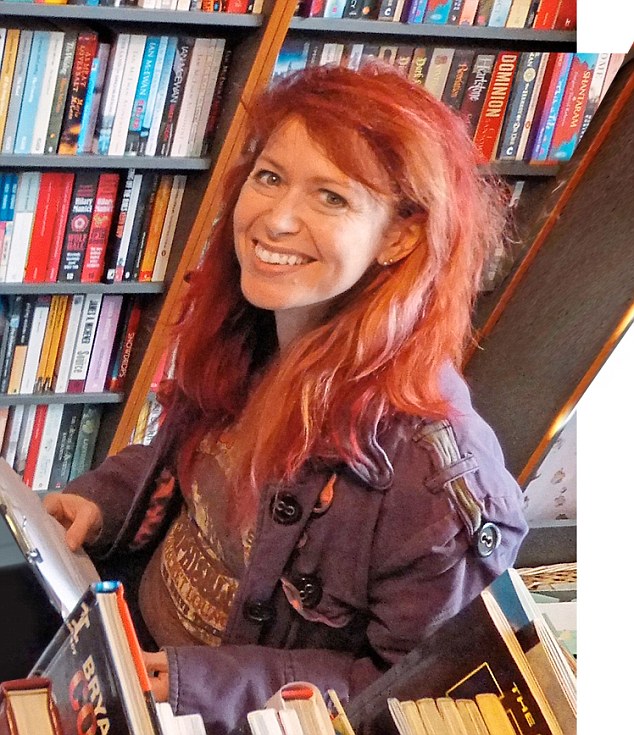 Tracey Waple’s book is published by Endeavour Media and will be available later this month.

WRITE FOR LOVE AND NOT MONEY

Aspriring authors have to accept that all the blood, sweat and tears which go into writing a novel may count for nothing. Dedication is essential.

Clare Empson struggled for ten years to get her book into shape before finally finding a publisher. Her debut, Him, is a dark love story that will be published by Orion on August 23.

The 50-year-old says: ‘I would sacrifice weekends away with the family to make progress. I spent countless hours alone writing and rewriting. At one point it got me down and I wondered if it would all come to nothing. But I realised I loved writing too much. Would it make me happier if I simply stopped? The answer was a big no.’

To keep motivated Clare started meeting up with two other writers and they still regularly get together to share thoughts and ideas.

The mother-of-three, who lives in Mere, Wiltshire, says: ‘I also learnt that it was not simply a case of writing a book and then ending it. What comes next is a lot of rewriting – taking expert advice from agents who are skilled at publishing books. You should never stop looking to improve and make your novel sharper and getting the right pace for it.’

Clare is one of the talented – and lucky – ones. She has signed a six- figure international book deal for her novel and a sequel through agent Curtis Brown. But she says money should not be the motivation for writing a book – there are far easier ways to get rich. 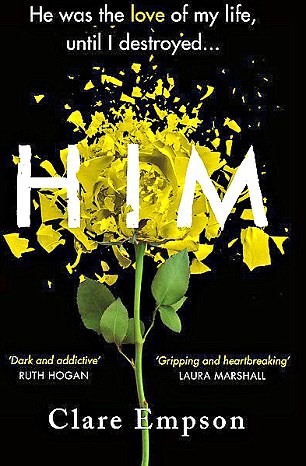 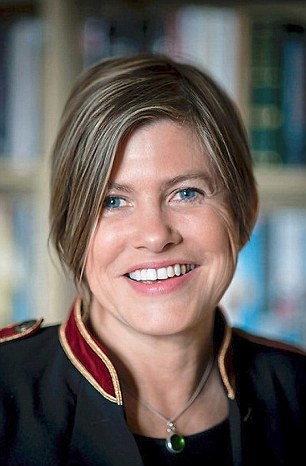 A first-time novelist might receive an advance of just £3,000 plus a cut of any sales – known as royalties – of some 8 per cent. The advance is recouped from royalties so the bigger this is the longer it will take to earn any royalties.

Writers can be dazzled by the exceptions such as Harry Potter author JK Rowling who is now worth £500 million. But the vast majority of authors do not make enough money to live off and write simply for love – keeping the day job going.

A story idea is the easy bit. The hard part is sitting down to complete the book and find a publisher.

Famous novelists such as James Bond author Ian Fleming managed to write bestsellers in less than a month. But the skill and dedication to get to this level took years – with failure and rewrites part of the process.

Other greats such as W Somerset Maugham made the written word look easy to put down on paper – yet took ‘laborious days’ of studying others to develop their skills. The 20th Century novelist took a decade before completing novel The Painted Veil.

Tracey Waples knows all too well the sacrifices required to write a novel. She would get up at 5.30 every morning so she could start penning her psychological thriller.

She says: ‘For me the secret was to have a routine where I put aside time every morning to write. It was not about reaching a certain word count but instilling a disciplined habit even when I was not in the mood to write.’

Sam Copeland is a literary agent at Rogers, Coleridge & White in Notting Hill, West London. He receives 300 pitches a month – almost all of which end up in the bin. He might take on four new authors in a year.

He says: ‘People will always want to write books. But to get it on the bookshelves what you really need is an agent.

‘Most publishers will not touch you without one. Also, an agent is key to making sure a book is in the best shape possible – and help you strike the best deal.’

Copeland believes writers should avoid so-called vanity publishing – where you end up paying a publisher to get your book on the market. A good agent, he says, will edit your book for free.

But he warns: ‘There is no way to sugar coat this. For 99.5 per cent of manuscripts sent in the answer is no. We are not right every time but we are skilled at spotting something with potential. I am afraid that rejection is part of the writing journey.’ Fifty Shades Of Grey writer EL James is worth £40million

Copeland adds: ‘There are no hidden secrets – and gimmicks do not work. It does not matter what the subject is – a script must stand out as exceptional. It must be a book you find hard to put down. A budding author must write with confidence and authority so the words feel right where they sit on the page.’

The fortunate handful that are accepted usually hand over 15 per cent of all the money they make from their books to the agent.

What Copeland and other agents typically want is a brief synopsis, along with the book’s first three chapters. Details of agents can be found in the industry bible Writers’ & Artists’ Yearbook 2018.

GET OUT AND SELL

Writing a book is just the start. You then have to make sure people go out and buy the novel. Those fortunate enough to have an agent who has signed them up to a well-known publisher can rely on the company public relations machine to kick into action – contacting bookshops to stock the novel, organising a launch party and seeing if they can also have the book translated and sold abroad.

But others must do the marketing themselves. There is plenty you can do to help shift your novel off the bookshelf.

Roz Morris says: ‘Formulate a plan of attack. See if you can get family and friends to contact their local bookshop and ask them for a copy of the book – and to order more in.’

Also contact local press – newspapers and radio stations – for interviews about your book and try to organise a signing at a local bookshop.

Kim Nash of publisher Bookouture believes it is important to take advantage of the internet – self-publicising on Facebook, Instagram and Twitter plus exploring the world of blogs.

She says: ‘There is an army of book bloggers out there eager to review new novelists. These include Kim The Bookworm – which is me, CrimeBookJunkie and Random Things Through My Letterbox. Ask them to look at your novel as it helps spread the word.’

Ebooks and even self-publishing COULD earn authors millions 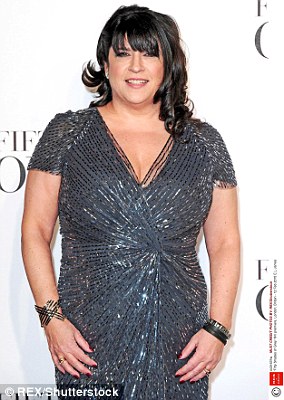 You do not need a book deal to get your first novel published. There are self-publishing and ebook options aplenty.

Novelist and writing tutor Roz Morris says self-publishing is not just for amateurs as many professional authors also use it.

Morris says: ‘The self-publishing route gives writers independence and freedom of choice. But it should not be seen as an easy way out. You still need professional guidance and editing to ensure the book is of the highest quality.’

Morris, whose self-published works include Lifeform Three and Not Quite Lost, believes a good starting place is the Alliance of Independent Authors.

This association can provide guidance on reputable firms which can help you self-publish in print and online as well as provide editorial support.

Hiring a professional editor to go through a manuscript can cost more than £2,000 but Morris believes it is money well spent if it transforms a rough draft into a well-crafted novel. Joining a writing group can also help.

You can fork out £200 or so for software that puts a book into ebook form and allows you to choose an off-the-peg front cover. An independently designed cover may cost £400.

You might consider self-publishing providers such as Amazon, IngramSpark, Clays, and CPI. Amazon – through its Kindle Book Publishing arm – charges £790 for a package including software, proofreading and cover design for both print-on-demand and ebooks.

Kim Nash of ebook publisher Bookouture believes companies like hers are also worth contacting because of the expert support they provide. She says: ‘Producing a book does not cost the author a penny with us – though you are only accepted if we believe the book has potential.

‘We offer editing expertise and help with marketing and the cover. You get no advance but receive 45 per cent royalties of any income from selling your ebook.’

Despite the price of online books being between 99p and £1.99, Nash points out that its bestselling author Angela Marsons has sold 2.8 million books online. So ebooks can also be lucrative.