Thousands of investors who bought high-yield stock in West Bromwich Building Society are being asked to sell it back at a loss.

The West Brom is offering to buy back £75million of so-called permanent interest-bearing shares (Pibs) for just 51 per cent of their value.

It means savers who bought the shares to help the mutual raise cash for an expansion in 2005 are facing huge losses. 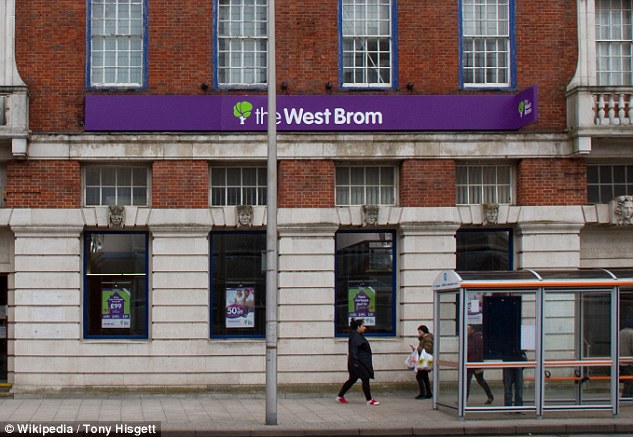 Reckless lending in the run-up to the financial crisis took it to the brink of collapse, losing nearly £90million from 2009 to 2013.

The Pibs are meant to pay interest of 6.15 per cent, but no money has been handed out since the West Brom plunged into the red – even though it is now back in profit.

Although savers do not have to sell up – and payments could be restarted in coming years – experts say they have been left with the option of at least getting some money back now or clinging on for an uncertain future.

Ian Millward, from Candid Financial Advice, said he had been contacted by one female pensioner who had been left distraught by the plans.

He said: ‘This is totally legging investors over. They’ve had nothing from their Pibs for donkey’s years. This woman has held on to her shares for years for no reward and now she’s being told to sell them at a loss.’

Adding insult to injury, the building society has offered institutional investors what looks like a better deal than ordinary savers.

These will earn a dividend and will become a key part of the society’s new funding structure.

However, they cannot be bought by retail investors, who are thought to make up less than 10 per cent of all Pibs holders.

Bosses at the West Brom claim they are trying to shore up its finances and simplify the system.

Chief executive Jonathan Westhoff said: ‘The board continues to consider the measures to be in the best interests of the members of the society as a whole.

The row comes after insurer Aviva said it could buy back investors’ preference shares, which are similar to Pibs, for less than they were worth on the open market. Its proposals triggered a furious response and were dropped.