The iconic TX4 London taxi will soon become a thing of the past on our roads with the arrival of the new electric-powered TX5 that’s set to be the choice vehicle for cabbies everywhere.

But it won’t be going out without a bang.

That’s because Bradford-based car customising company Kahn Design has taken the modest London taxi and converted it into one of the most luxurious vehicles on the road today as part of a limited run of ‘final edition’ models.

Just five will have been created – each costing around £150,000 based on the customer’s order – and will come with Rolls-Royce two-tone paint, a luxurious interior and stars shimmering in the roof lining. 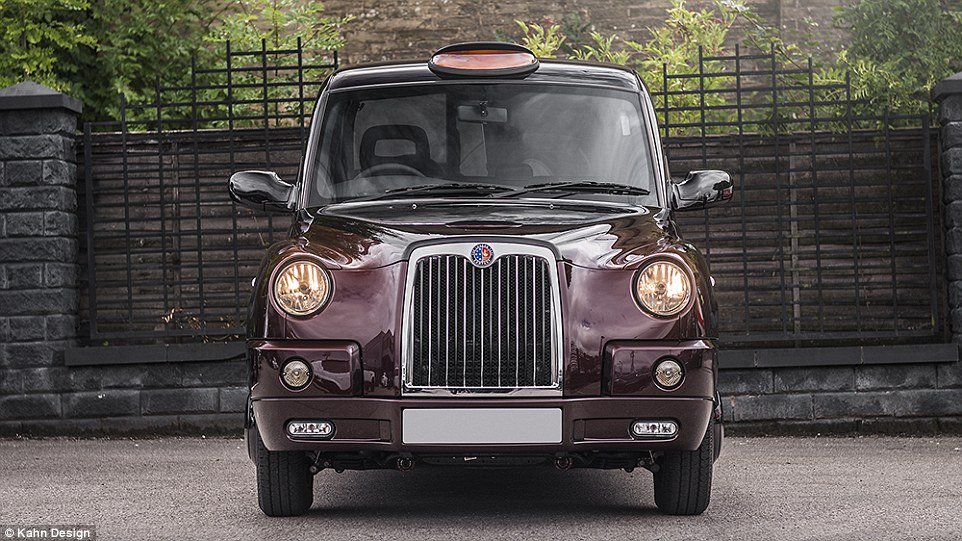 The ultimate taxi: Kahn Design and the London Taxi Company has teamed up to create a limited run of ‘Last of Line Edition’ TX4 taxis to mark the end of the vehicle’s production

The ‘Last of Line Edition’ has been created by automotive designer Afzal Kahn and commissioned by The London Taxi Company (LTC) using some the final five examples to come off the Coventry production line last year.

But these swansong motors won’t be rudimentary inner-city hacks painted entirely in black.

Instead, the iconic silhouette will be coated in a choice of five Rolls Royce colours, with the option of a split paint design with a contrasting body and roof.

Each model will also get tinted privacy glass, colour-coded wheels and a ‘VIP LED roof’ – a headliner with starlights glimmering above the passenger.

The seats and interior panels have also been reupholstered in the finest quilted and perforated leather, while the instrument surrounds and dashboard have a piano black finish.

Passengers in the back also get chilled cup holders, exterior-matching seat belts and the option to customise just about any panel of the car with their own touches.

And the changes aren’t just cosmetic. 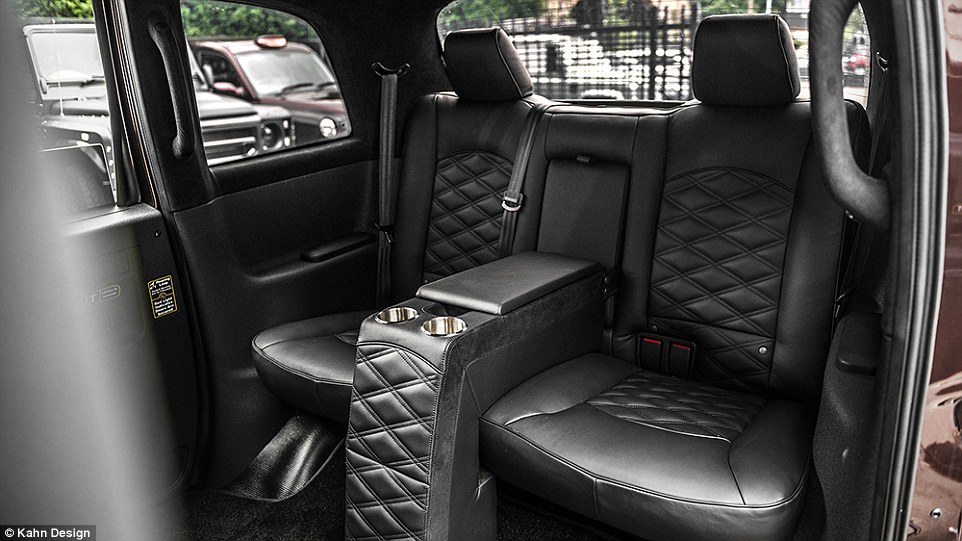 Inside, the vehicle has been completely reupholstered in quilted and perforated nappa leather and the rear console even features chilled cup holders 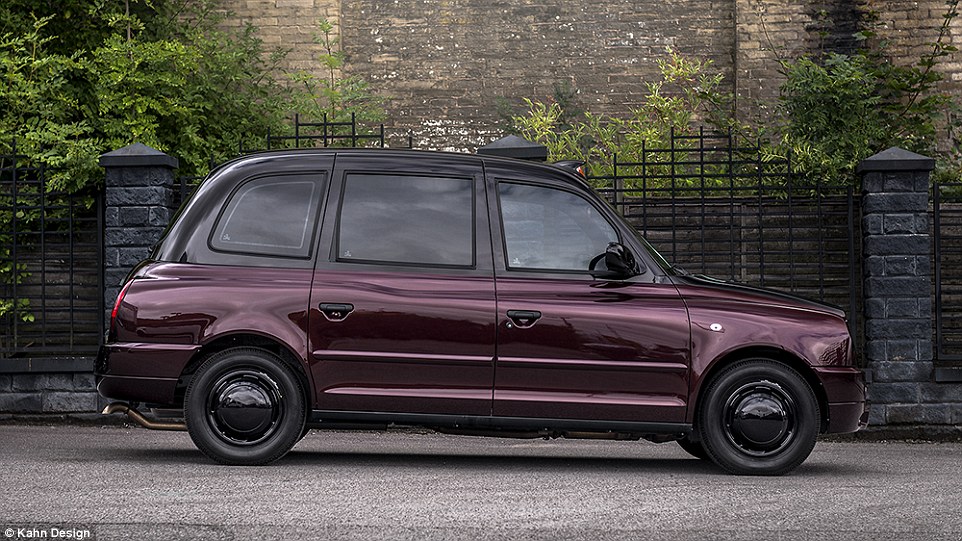 There is a choice of 5 different Rolls-Royce paint colours, and buyers have the option of choosing two-tone design with contrasting body and roof shades 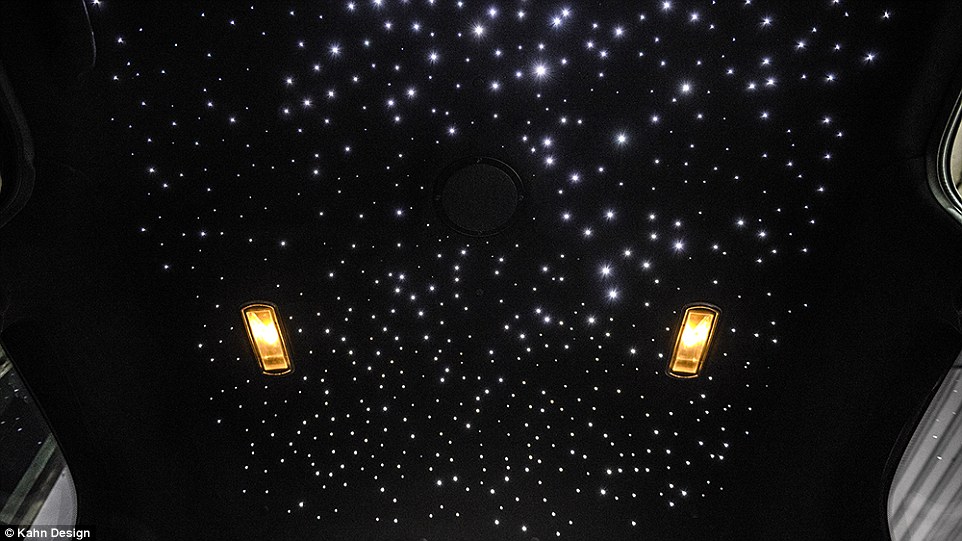 Inside, the celing has a starlight design made up of hundreds of LED lights that can change colour at the flick of a switch

The VW Motori 2.5-litre four-cylinder diesel engine has also been treated to a power upgrade.

That’s not to say it has turned the TX4 into a supercab of sorts: the performance will still be fairly pedestrian considering a not-so-sprightly 101bhp output.

Mr Kahn said the TX4 Last Of Line Edition is the ideal final hurrah for a vehicle that’s transported millions over the years and has been created using traditional techniques, British materials and expert craftsmanship. 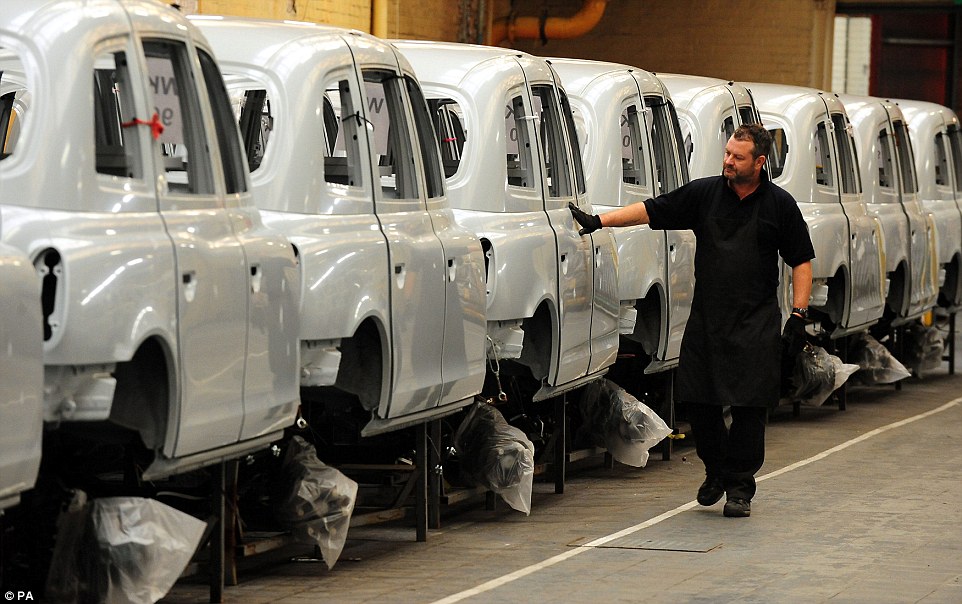 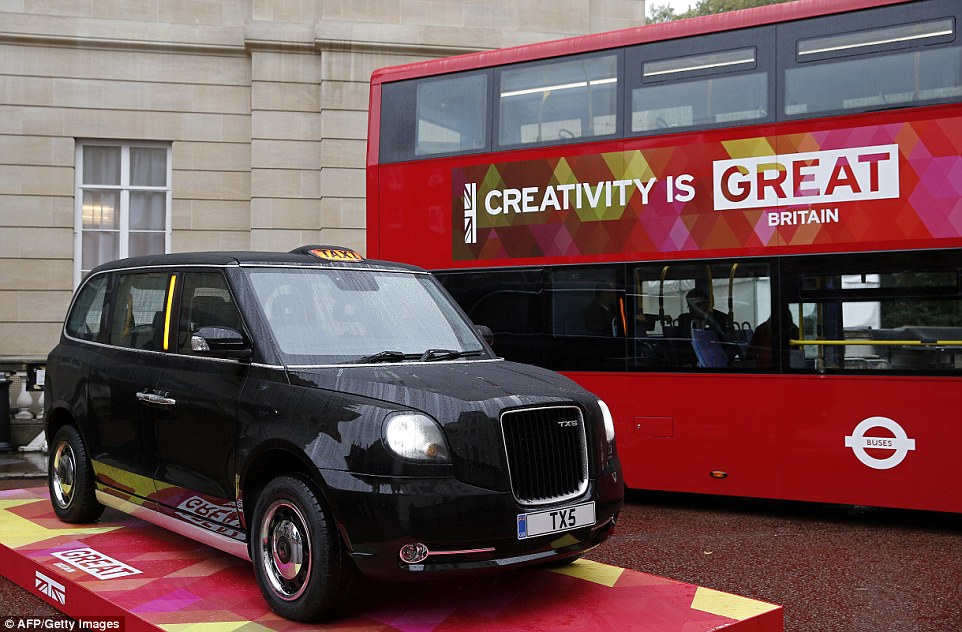 ‘The London taxi is one of the top five most iconic British products there is,’ he told This is Money.

‘While it is sad to see a beautiful, iconic vehicle reach the end of its life, it is a great honour to re-design and celebrate what is truly one of the most famous cars in the world.

‘I look forward to embarking on a journey with a select few clients who wish to own their own piece of British history.’

Commenting on the unveiling of the vehicle, a LTC spokesperson said: ‘There was only one person for the job, Afzal Kahn is famous for his original designs and willingness to push the boundaries and we admire his ability to capture the essence of a vehicles’ character.

‘We believe he is the best designer to give this iconic vehicle the send off it deserves.’ 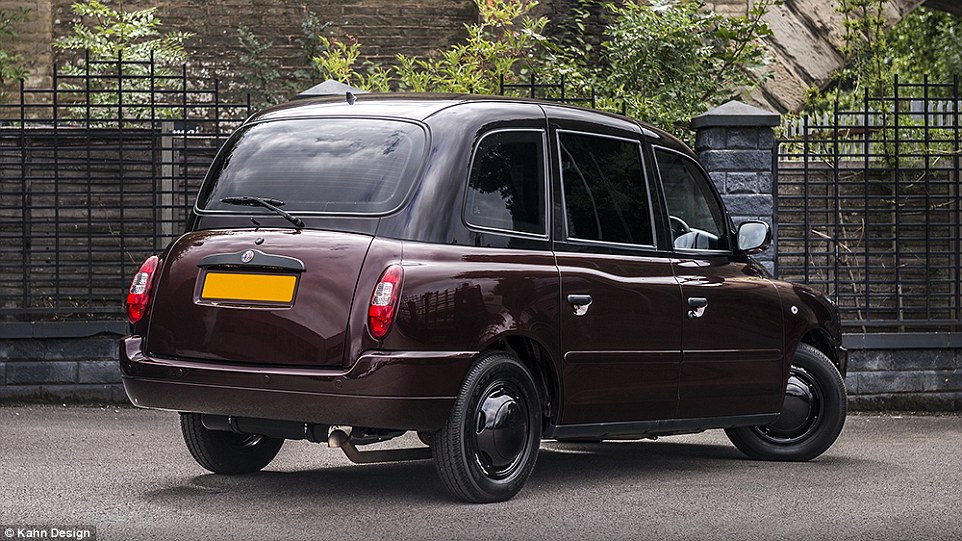 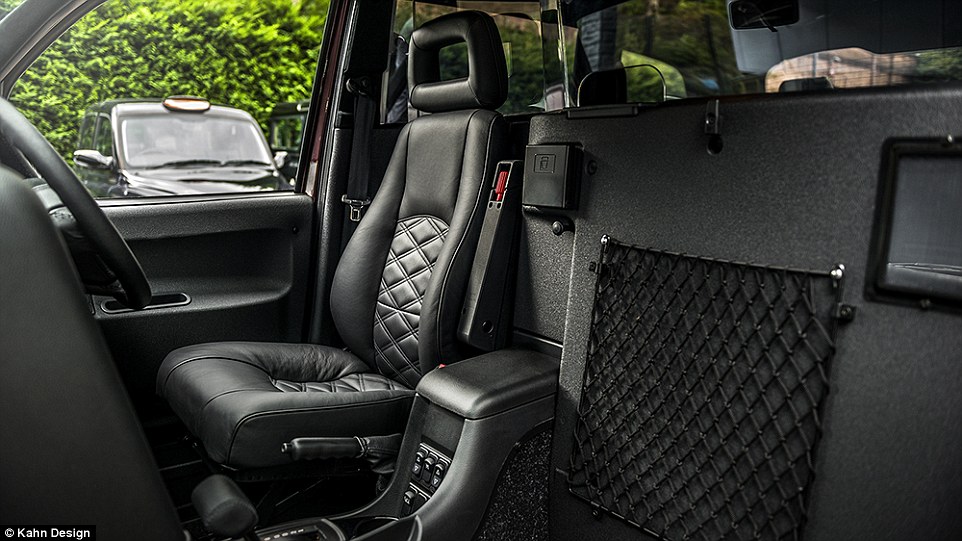 The driver has also been treated to leather covered seats and steering wheel, as well as a piano black dashboard and instrument surrounds 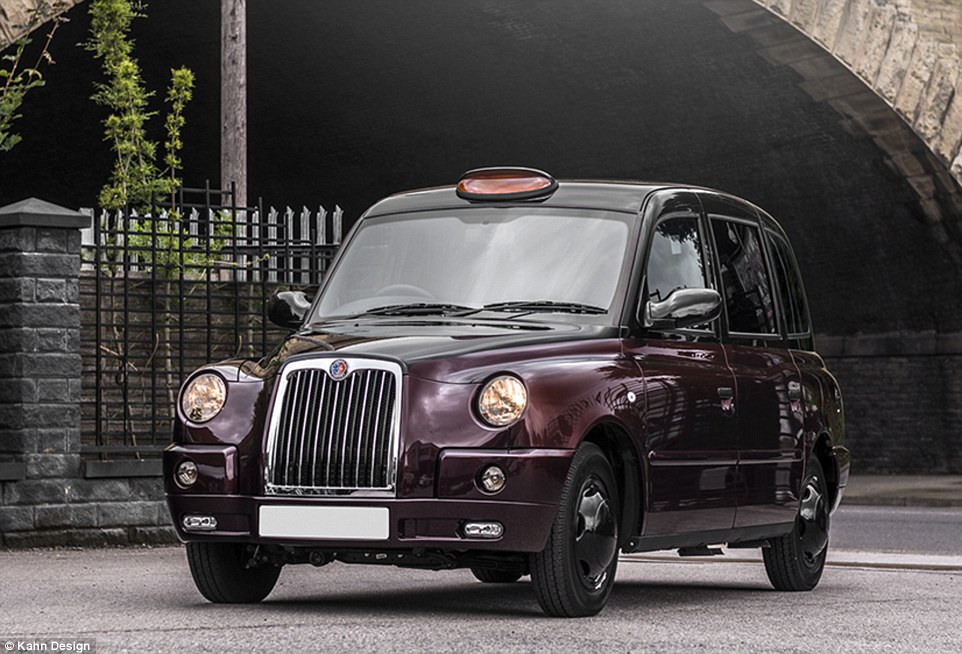 Just five will be made, of which three have already been sold to buyers. The final two owners will be picked by the creator and Kahn Designer boss, Afzal Kahn

Each vehicle will be totally unique and feature a badge of authenticity and a plaque bearing the names of those who were involved in the build process.

But if you want one, you will need to act fast.

Three of the five have already been sold to customers, and one will be reserved for auction at a later date. 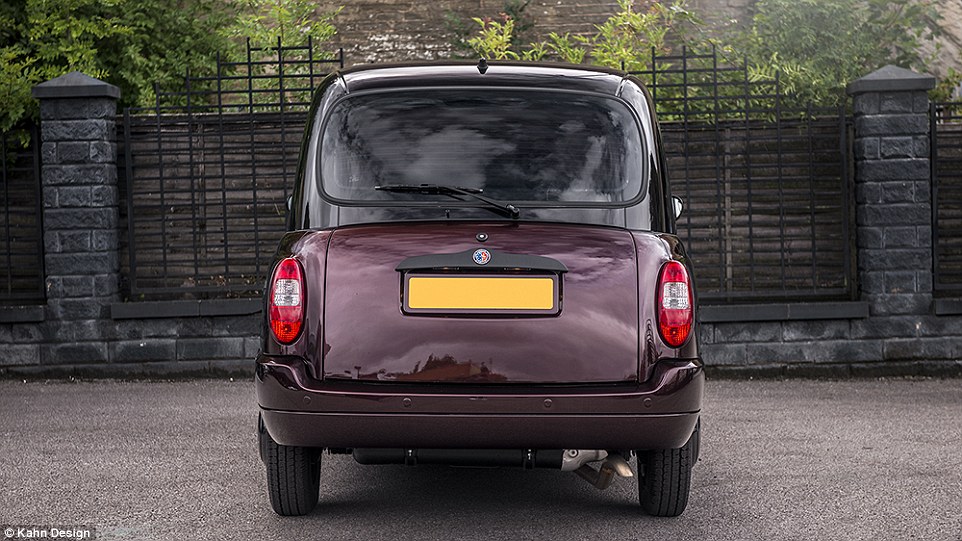 Performance has also been mildly upgraded, with the 2.5-litre four-cylinder diesel engine being tuned to produce 101bhp 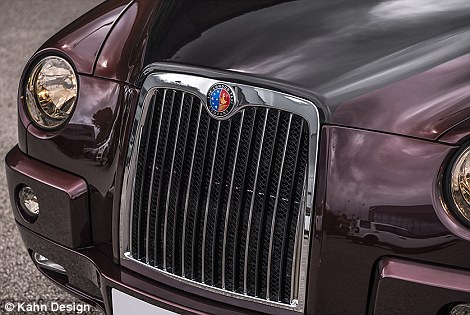 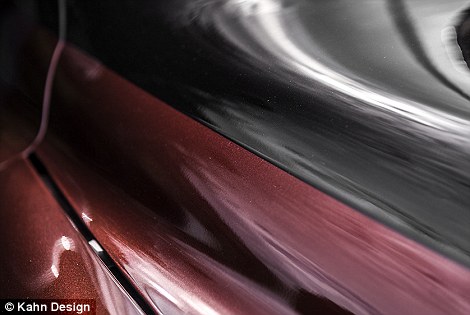 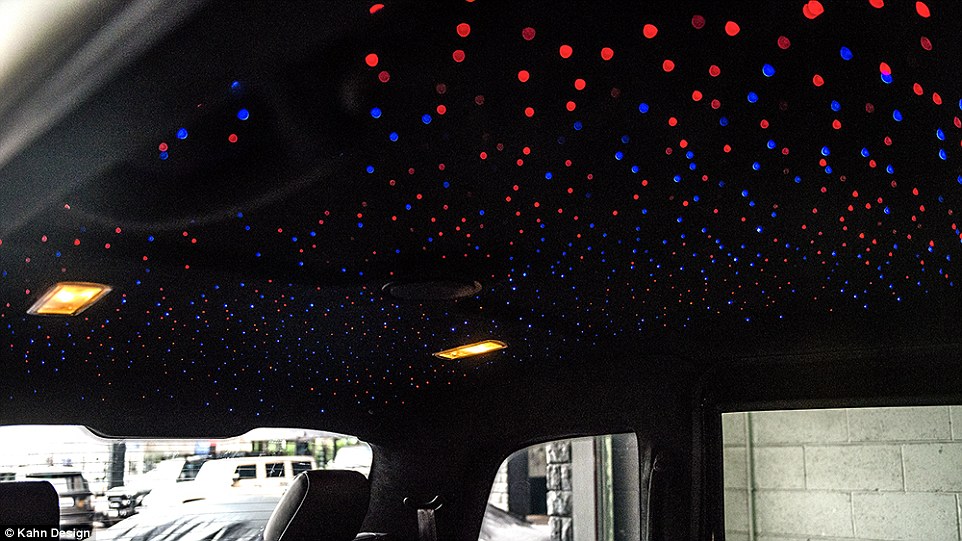