As many as 2,400 more bank branches could be closed in the coming years, putting 12,000 people at risk of losing their jobs, a study suggested today.

Britain’s banks could provide ‘effective nationwide national coverage’ with just 600 branches each, according to research commissioned by the Nottingham Building Society.

Analyst David Black of DJB Research said that 2,400 branches would represent a quarter of the branches of big names including Barclays, HSBC, Lloyds, Natwest and RBS. 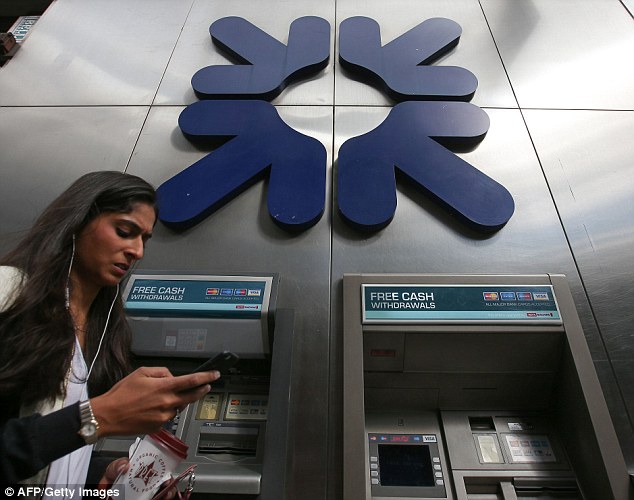 Mr Black said some existing branches could be reduced in size, have cashiers removed and coffee shops added in a bid to boost footfall.

Branches would start to resemble a ‘convenience supermarket-style’ setting, where customers serve themselves when paying in cheques or managing savings accounts.

Recent research by consumer group Which? suggested bank branches are being closed at an ‘alarming’ rate.

The findings by Which? revealed that between the start of 2015 and the end of 2018, 2,868 branches have closed or are scheduled to do so. This means around 60 branches are closing every month.

Mr Black said: ‘Looking at the number of branches the top five banks have today, I estimate that, if this strategy was adopted, some 2,400 branches could still be closed.’

He added: ‘There is little doubt that more bank and building society branches will close – this is inevitable as the way people manage their money is changing.

‘However, the extent to which they are closing could be radically reduced if branches took on new services and approaches.’ 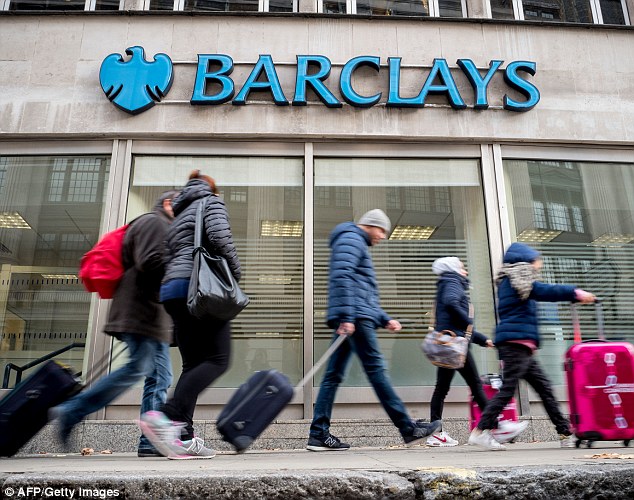 ‘Alarming’: Recent research by consumer group Which? suggested bank branches are being closed at an ‘alarming’ rate

HSBC recently ruled out further closures, saying HSBC’s network had already been reduced in recent years to the ‘optimal size.’

The findings by Which? revealed that NatWest has closed the most branches in recent years, with 638 having shut, or being scheduled to close by the end of 2018. 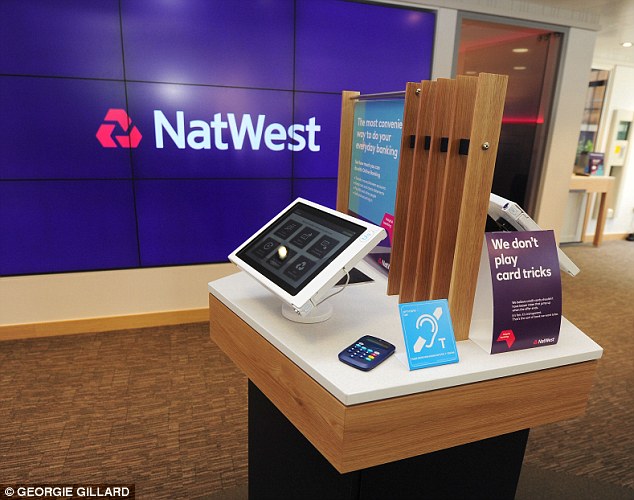 Mass closures: NatWest has closed the most branches in recent years

He pointed to his own bank, which he said has ‘reinvented’ its proposition to offer services ranging from financial advice, whole of market mortgage comparison, savings accounts and estate agency services at select branches.

The move has boosted footfall by 10 per cent, Mr Marlow said.

The rise of online and mobile banking have been key drivers behind banks’ decision to close branches. HSBC said the rise of online banking meant it had seen its in-branch face-to-face transaction numbers fall by half over a five year period.

Earlier this month, a spokesman for trade association UK Finance said: ‘Bank branches play an important role in local communities which is why decisions to close them are only ever taken after all other options, like reducing opening hours and staff numbers, have been exhausted.’ Around one in four people surveyed by Nottingham Building Society said they would suffer from ‘financial exclusion’ if their local branch closed, resulting in restricted access to advice, services and financial products.

Forty per cent of people surveyed who already claimed to suffer from financial exclusion said a branch closure contributed to their circumstances.

‘Particularly for those who pop down to their local branch as part of their financial routine, who are they going to rely on now?

‘We believe that brokers have a valuable role to play here in filling this gap, although they will need to overcome the challenge of promoting their services.’