Thousands of car owners are being shackled by a Transport for London  loophole that’s forcing them to pay fines for traffic offences they haven’t committed.

Motorists are being hit with Penalty Charge Notices of £130 – reduced to £65 in paid within a fortnight – that are issued for incorrectly entering cross-hatch yellow box junctions even if they weren’t driving the car at the time.

An investigation by motoring title Honest John found that TfL is using a clause created in 2003 to chase owners of vehicles, rather than their drivers, for payment of fines relating to traffic contraventions on the capital’s Red Routes. 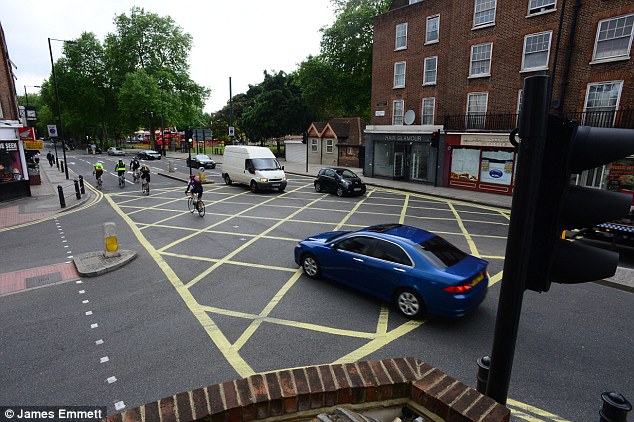 Yellow box rip-off: An investigation by motoring title Honest John has found that TfL is using a loophole to pursue owners for fines issued for yellow box junction infringements even if someone else was driving the car

As part of decriminalisation measures included in the London Local Authorities and Transport for London Act 2003, TfL was granted the powers to pursue registered keepers of vehicles found to be causing obstructions on the capital’s roads.

This was principally targeted at enforcing fines for parking infringements that had gone unpaid, which are a civil rather than criminal offence.

The act ultimately gives TfL the right to chase the registered owner of the car for parking fines that hadn’t been paid by rule-breaking drivers who were at the wheel at the time of the infringement.

However, the inclusion of additional traffic offences – including entering box junctions and bus lanes – has given the Metropolitan Police Service free rein to chase owners for these violations too.

And because these contraventions aren’t considered to be criminal offences, the standard legal process in the UK does not apply.

That means an innocent car owner being pursued for the charge has no right to defend themselves in court.

And if they don’t cough up for the fine it could end up with a County Court Judgement or recovery action from bailiffs. 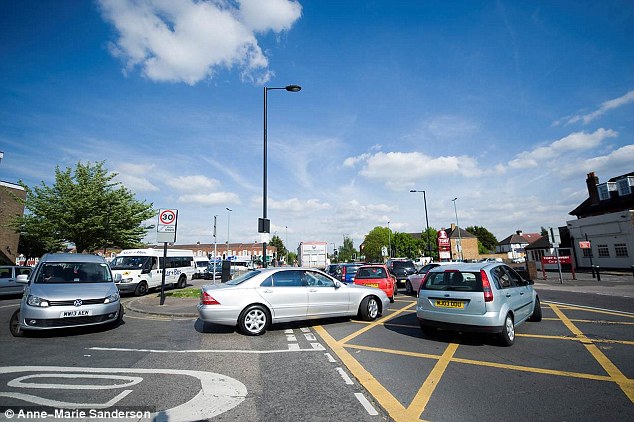 As part of decriminalisation measures included in the London Local Authorities and Transport for London Act 2003, TfL was granted the powers to pursue registered keepers of vehicles found to be causing obstructions on the capital’s roads

According to a report by BBC Inside Out in 2016, one yellow box camera in Fulham raised over £2.4 million from fines in a single year, while over £100 million in penalties had been collected by yellow box junction-monitoring cameras in the capital since 2004.

Craig Cheetham received a PCN for a yellow box infringement on Euston Road in the Borough of Westminster despite being in Wales at the time of the offence. 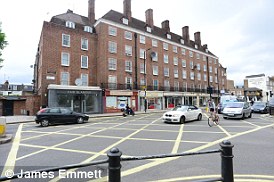 You may enter a yellow box junction when your exit is clear and there is enough space on the other side of the junction for your vehicle to clear the box completely without stopping.

You can stop in a yellow box junction when turning right if you are prevented from turning by oncoming traffic, or by other vehicles waiting to turn right.

Do not simply follow the vehicle in front as it may stop and prevent your exit and don’t let other drivers pressure you to enter the box when a clear exit is not available.

But despite the fact he wasn’t driving the car and could prove he was in a different part of the UK, TfL is continuing with proceedings to recover the charges, which have risen from £65 to £195 after his appeal was rejected.

He said: ‘My car was on loan to a friend whose own is currently off the road.

‘He was visiting London for work and pulled into a box junction to allow an ambulance across the junction.

‘Not only are TfL adamant that, while an ambulance clearly drove through the box junction by its own admission, a traffic obstruction occurred, and as it was my car that ventured into the yellow box, it’s me that has to pay the fine – even though I was in Wales at the time of the alleged transgression.

‘How can this be deemed a legal recovery process when, unlike a speed camera fine, there’s no option to nominate the driver of the car?

‘And furthermore, how can moving out of the way for an ambulance be considered an offence?’

In its reply to Craig’s appeal, TfL said: ‘We have noted that you were not the driver of the vehicle on the date and at the time the contravention was observed.

‘However, under the London Local Authorities Act 1990 to 2003, it is the registered keeper of the vehicle who is liable for any charges incurred by the vehicle.

‘As the DVLA has confirmed you were the registered keeper of the car at the time of the contravention we are satisfied that you are the person liable for payment of this penalty charge notice.’ 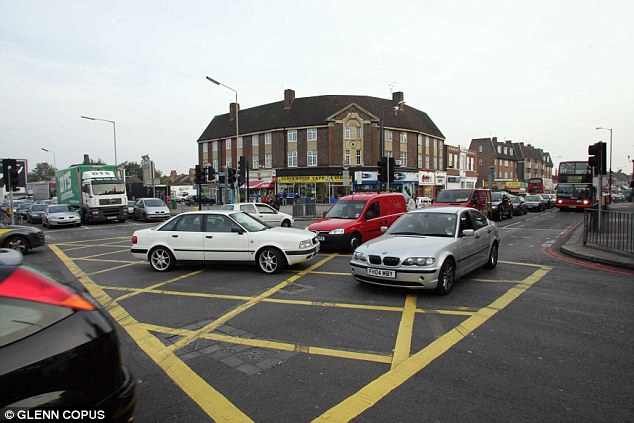 More than £100 million in penalties has been collected by yellow box junction-monitoring cameras in the capital since 2004, according to a recent report by the BBC

According to the TfL’s own website, it states: We issue Penalty Charge Notices (PCN) to deter drivers from breaking the rules and causing a traffic jam. We don’t simply issue PCNs to raise revenue – we enforce the rules to help keep the traffic moving.’

However, Honest John managing editor, Daniel Powell, argued that this doesn’t seem to be the case in these instances.

‘Whilst nobody would argue against why yellow boxes exist, using them as an excuse to extract cash from innocent motorists isn’t what the Transport for London Act was created for,’ he said.

Craig has since sent his appeal to ‘London Tribunals’ based in Nottingham for adjudication, while the original PCN was issued from a central office in Darlington, Co. Durham – both companies employed by TfL to carry out administrative duties despite not being based in the capital.

However, if the adjudication fails, as expected, he will have 28 days to pay the fine or face action from bailiffs, who would be given the right to remove property to the value of the fine plus any fees from his home, despite the fact he has proof he wasn’t driving the car.

Honest John TfL were approached for comment on more than one occasion while this story was being prepared but have yet to respond.