Ms L.H. writes: Uniform Tax Credits contacted me about a possible refund of income tax as tax relief is due on the cost of my work clothing. I signed up after being told they would take 20 per cent of my refund as a fee – or nothing at all if I was not entitled to a refund.

It turned out I was due £257 from the tax office and this was sent to KLG Limited, the company that runs Uniform Tax Credits. That was months ago, but I have still received nothing. 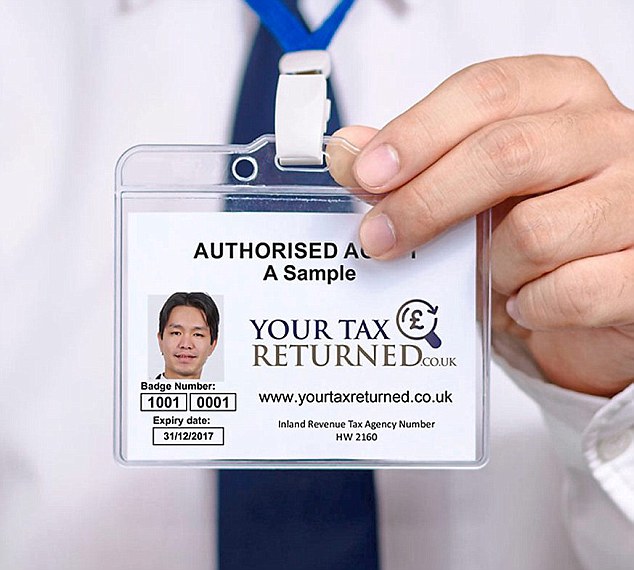 It is bad news, I am afraid. KLG Limited has pocketed your money and thousands of pounds in tax refunds belonging to other customers – and owner Michael Byfield has put the company into liquidation.

As well as Uniform Tax Credits, KLG has called itself Your Tax Returned. I reported in 2016 that the company had tried to charge a reader hundreds of pounds in fees for a tax refund he was going to get anyway as he had been overtaxed on his pension. Under pressure, KLG backed down and cut its bill to show just the refund linked to work clothing.

Twice last year The Mail on Sunday printed complaints about the size of KLG’s fees and the difficulty in getting income tax refunds via the company. Byfield blamed cheques being lost in the post.

Recently, KLG’s website has been displaying a picture of a tax adviser wearing a prominent badge identifying him as an Inland Revenue approved agent. This is hugely misleading. For a start, the Inland Revenue is now Revenue & Customs.

Also, it does not issue any such badges. A spokesman told me: ‘Revenue & Customs does not accredit or in any way approve agents. We take firm action against any agents who are not complying with the law. Revenue & Customs offers comprehensive information on how to claim a tax refund. Our services are free and you can claim quickly and easily online.’ 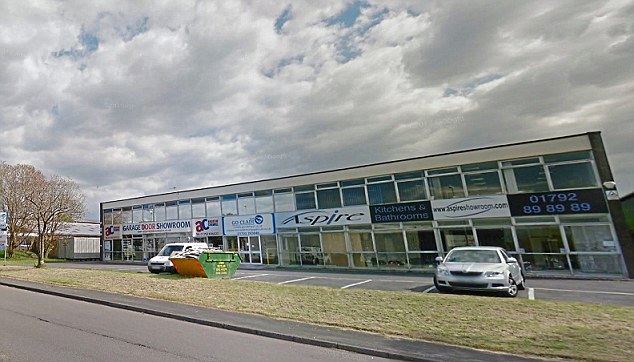 My guess is that the picture misused by KLG comes from New Zealand where the tax department is still called the Inland Revenue and there is a system of approved agents.

Your £257 was sent by the tax office to KLG last September. The company sat on your money until January 25 when Byfield appointed liquidators to wind up the business. Preliminary figures show KLG has debts of £129,866.

I asked the liquidators to check you are listed as a creditor. They replied that you are not. So Byfield has somehow managed to leave you out of company records which makes me wonder how many other taxpayers are owed refunds and how much KLG really does owe customers. One person has been repaid though. In 2016, KLG borrowed £5,000 from Lesley Byfield, the boss’s former wife. She was repaid in full last September. KLG’s office in Swansea is now closed and it does not reply to phone calls or emails.

I have repeatedly invited Michael Byfield, who lives in Gerrards Cross, Buckinghamshire, to explain why customers’ refunds were not ring-fenced, rather than being spent on running his business. Byfield has offered no comment and no explanation.

Byfield portrays himself as a successful property dealer and businessman, but his treatment of KLG customers is not the first question mark linked to his name. He also runs BCB Solutions Limited which was behind My Claims Expert, a PPI reclaim business.

It advertised: ‘Our average claim is well over £2,000.’ The Advertising Standards Authority banned the advert after Byfield failed to prove the figure included unsuccessful claims as well as those he had won.

KLG’s liquidators have assured me they are looking into the company’s collapse. Whether or not this leads to Byfield’s disqualification as a company director. Is it not time MPs ordered tax refund agents to hold customers’ cash in ring-fenced accounts rather than spend it on themselves and their firms? 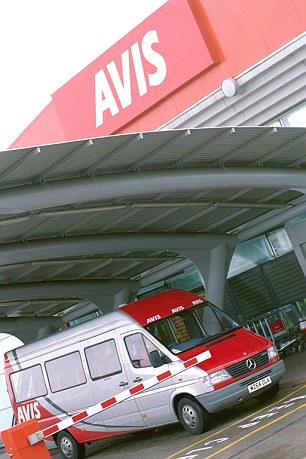 Avis eventually refunded £1,000 to our reader

P.G. writes: My wife was involved in an accident last June which was not her fault. She was using a car hired from Avis and the third party who caused the accident immediately accepted responsibility.

Avis then took £1,000 from our credit card account for the excess on the insurance. We did not mind as we presumed it would soon be repaid. We have tried contacting Avis, only to be pushed aside. I contacted the third party and was told it was all sorted.

Your wife has been stuck in the middle of a dispute between Avis and the other driver’s insurance company. Although you and your wife are £1,000 out of pocket, you have been shut out of the negotiations between the two sides.

Your wife was driving along a village road in Milnthorpe, Cumbria. As she drove past stationary vehicles, one of them, a pick-up truck, pulled out and hit the passenger side of her car. About a month later you spoke to the company that owns the pick-up truck and you were told that all the paperwork had been sent to its insurer, so your wife should be repaid the £1,000.

But Avis has told me a rather different story. Although the driver of the truck and his employer may have admitted liability verbally, once their insurer became involved they tried to blame your wife.

Avis said: ‘We empathise with this customer’s frustration over the delay in processing the refund of their excess, which was due to the third party claiming the customer was liable for the accident.’

It took seven months for Avis’s legal team to get the other side finally to admit liability. The £1,000 has now been credited to your card.