W.R. writes: On May 13 I booked a flight to New York departing in December at a cost of £1,403. The next day, I had to cancel. I requested a refund, but the agent Love Holidays said the flight provider Travel2 had refused. I agree that an administration charge would be justified, but forfeiting the full cost seems like a scam.

Tony replies: This is not a scam, but it is unfair treatment of a customer who was caught out by the small print. Not just that, but it is small print you had never even read. 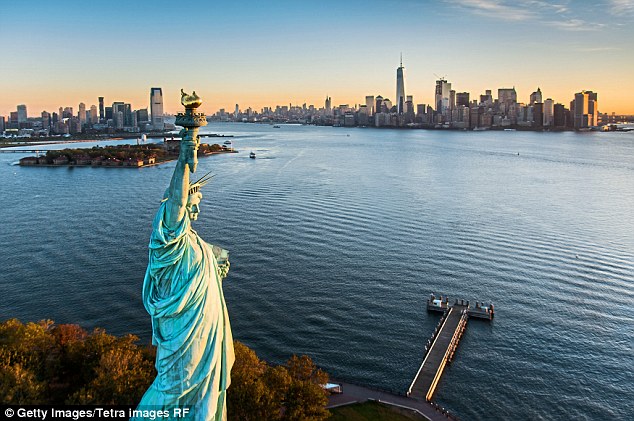 One reader booked a flight to New York but had to cancel the next day. They then went about requesting a refund from their travel agent, which was initially refused

Love Holidays is a booking agent. It took your booking and passed it on to Travel2 which is a ‘consolidator’ – a sort of wholesaler or broker that deals in airline tickets. Travel2 put you on a British Airways flight.

Love Holidays offered to contact Travel2 to try to get a refund of taxes for you. That would have amounted to about £355. Or you might have been able to negotiate a change to a different date or destination for a fee of £150.

Travel2 told me it could not comment on any terms and conditions applied by Love Holidays. It explained it is a ‘trade-facing operator’ whose contract is with the travel agent and not the consumer. But when I looked into Love Holidays’ terms, what I found seemed to say the exact opposite.

It tells customers: ‘For all bookings your contract will be with the applicable service provider of your chosen arrangement (who may be the principal or the agent of the principal) and Love Holidays acts only as an agent on their behalf.’

So you – the customer – would be expected to find out who Love Holidays would use as the ‘service provider’, then establish whether that service provider is acting as an agent of yet another company, then study all those terms and conditions before you could understand what you were agreeing to.

Travel2 told me the ‘service provider’ means the particular airline – in your case, British Airways. It added: ‘Travel2 is bound by the airline’s terms and conditions.’ 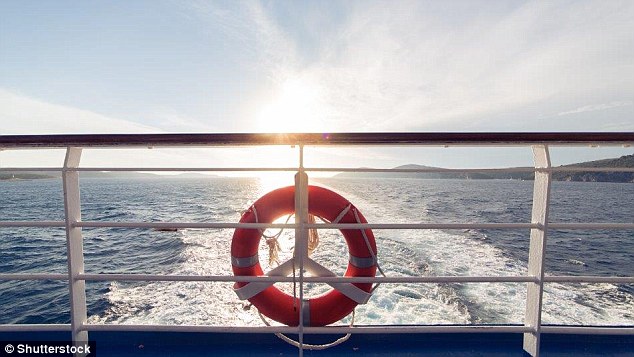 ‘We have been working hard to resolve this. In this instance, as a gesture of goodwill, Love Holidays will refund Mr R the total cost of his flight.’ A good result.

How ‘safe’ is data sent to the wrong address?

Mrs C.G. writes: My husband and I have lived at our address for 39 years. Recently we received a letter from Western Union, addressed to Mr Rasheed. We have no knowledge of anyone of this name and have had no dealings with Western Union, so I called the firm. I was instructed to open the envelope and found a letter about a computer intrusion. We would like to know how our address came to be on Western Union’s database and want to be assured that our credit record has not been compromised.

Tony replies: The letter tells Mr Rasheed: ‘We have discovered that some of your information may have been accessed without authorisation as a result of a computer intrusion against an external vendor system formerly used by Western Union for secure data storage.’

It then assures Mr Rasheed that his payment card details have not been hacked, though hackers may have got his bank name, contact details and some information on his Western Union transactions.

Ironically, Western Union itself accidentally gave you the name of its customer while presumably Mr Rasheed is in the dark. Western Union cannot explain why the letter went to your address, except to say it was possible Mr Rasheed gave your address as his own. What it can say is it holds no personal information about you. It understands your concerns and will pay for a monitoring service to keep an eye on the privacy of your own data if you wish.

Mrs C.R. writes: I am worried about the validity of our travel insurance. We booked a cruise and arranged insurance through Holiday Extras as suggested by Fred Olsen Cruises. This cost £254. The lady we spoke to said that if our medical conditions changed we should let Holiday Extras know and would not be charged more. A few weeks later an X-ray suggested I had osteoporosis, so I told Holiday Extras. Two weeks later, results showed I had osteopenia which is the stage before osteoporosis. This time when I rang Holiday Extras it said I would have to pay but it then agreed I had been told there was no more to pay. Now I have received a new policy showing a premium of £272.

Tony replies: This is a result of confusion by a member of staff at Holiday Extras and nothing more. I asked boss Stuart Gray to look into what you told me, as you were understandably concerned that you and your husband might not be insured after all.

He said: ‘We correctly told Mr and Mrs R they would not be charged for the medical changes, but fell short in explaining that the policy document would show a premium of £272 and Holiday Extras would be paying the difference of £18.’

You were called by Holiday Extras a few days ago to reassure you that you are covered. You have said your cruise leaves today, so you can now relax and have a good trip.

A.R. writes: While my wife and I were on holiday in Thailand she received a text message from O2 to say it had been unable to collect charges under her direct debit. If she did not pay within four days there would be a penalty charge. We contacted O2 to explain we were away and the direct debit had not been cancelled. We asked for any action to be suspended until our return. At first we were told this would not be a problem, but this changed to a warning that we must pay or be cut off. We did not have my wife’s account details with us, but spent 45 minutes trying to access it and finally succeeded in paying the bill by credit card.

Trying to sort out a failed direct debit while you are on the other side of the world is bad enough. But knowing you did not cancel the direct debit made it worse. You were lucky to be able to remember all the necessary passwords to pay online.

The root problem goes back to when your wife ordered a new phone, but soon after cancelled the order.

According to O2: ‘When the back office team cancelled the new connection, they made a mistake and cancelled the pending direct debit.’

O2 admits staff failed to spot your existing phone was on the same direct debit. O2 has apologised and credited your wife’s account with £20 for the inconvenience. I thought this was a low figure as your holiday was disrupted and you had to spend time making a complaint when you came home. O2 has now offered £60.

You have rejected this as you thought £200 would be appropriate, but in my experience that would be over the odds. The £60 is still on offer if you change your mind.