TONY HETHERINGTON: This £54-a-month subscription is an absolute lottery

Ms J.D. writes: I read your recent article about Your Lotto Service UK Limited. When you add up the figures, you will see that this company will make thousands of pounds from its customers.

It is charging me £54 a month, yet in one lottery I am just one of 500 people who will share the tickets. At 82 years of age I may be a bit gullible but I am so glad I read your report. 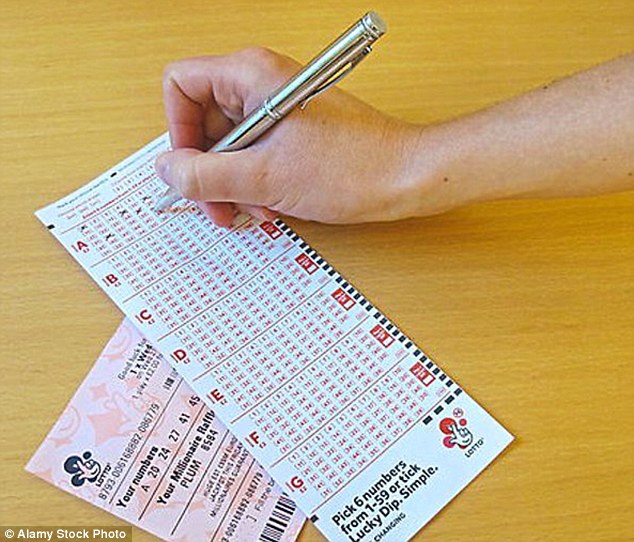 Flawed: The National Lottery could refuse to pay out on a win via the German-run Your Lotto Service

The Mail on Sunday’s investigation in June raised more questions than the company could – or would – answer. Your Lotto Service is a German-run company that sells membership of lottery syndicates, but without telling customers in advance just what they will get for their subscription.

It says: ‘We may determine that syndicates may involve different numbers of members.’

Those syndicates also involve different numbers of tickets from one draw to the next, making it even harder to see just how much bang you get for your buck.

The even bigger question is whether Camelot might refuse to pay out winnings. As I warned in June, Camelot told me: ‘Under the rules governing National Lottery games, Camelot is not liable to pay out on a ticket that it knows or suspects has been resold or otherwise transferred by way of trade.’

In short, workplace syndicates are absolutely fine. Commercial syndicates run as a business are not fine, Camelot says.

You sent me details of what you got for your one-month subscription of £54. You were put into four syndicates – one with 20 subscribers, one with 100, one with 350 and the fourth with 500. Those syndicates respectively held five tickets, ten tickets, 25 tickets and 100 tickets.

Your Lotto Service does not actually say whether it has bought tickets with identical lottery numbers for every draw in that month. But even if you assume you are entered in every draw, the tickets cost far less than the £54 you paid.

For example, 100 tickets would cost £200, so shared between 500 people in that syndicate, you would get the equivalent of one fifth of a ticket, valued at 40p.

Let us suppose there are eight draws that month and you are in all of them, that is still just £3.20 in real value that you have received. Making the same assumptions about the other syndicates and taking into account that Euromillions costs slightly more than the National Lottery, I reckon you have got less than £11 in value for your £54.

I put this to the boss of Your Lotto Service. She is a German named Sandra Poepping, who lives in Germany, not the UK where her company is based.

She replied: ‘Thank you for your email, which I am considering with my team.’

She added: ‘I intend to come back to you in the course of tomorrow with my response.’

I have not heard from her since. What did arrive was a letter from her lawyer, Mishcon de Reya, failing to explain the real value of syndicate entries. They claimed that my original warning alleged that Your Lotto Service was unlawful and fraudulent, and that this was false and defamatory.

They demanded that these allegations be taken down from The Mail on Sunday’s websites, failing which their client would consider suing for damages.

They insisted there was no need to publish your letter or indeed anything else that might be ‘misunderstood’ about Your Lotto Service.

Mishcon de Reya added that Your Lotto Service had now contacted you and offered reassurance, so you had agreed to carry on subscribing your £54 a month. That, of course, is completely up to you. If you now believe you are getting value for money, that’s fine. Others may disagree.

Mishcon de Reya were repeatedly invited to put a value on the lottery entries you received for your £54. They declined, claiming that such a calculation would be futile because it is not possible to buy a fraction of a lottery ticket.

Intriguingly, the lawyers also claimed that because you and other syndicate members did not receive the actual tickets, Camelot could not suggest they had been resold on a commercial basis. In short, while tickets had not been sold, somehow any prizes attached to them had been.

So, a final word from Camelot, which unlike Your Lotto Service actually runs the National Lottery and makes the rules.

It has never needed to take anyone to court to test its ban on reselling tickets, it told me.

But crucially it explained: ‘Our view is that although no physical tickets are changing hands, given that the company is charging customers for entry (and is retaining a significant percentage for itself), the only reasonable conclusion is that the share in the tickets (albeit virtually) is being transferred by way of trade.’

Under Camelot’s rules, that can be enough to allow it to refuse to pay winnings.

B.J. writes: When I was working at the Princess Royal Hospital near Orpington in Kent, nobody there could get a Vodafone signal, yet other networks were fine. I asked Vodafone to release me from my two-year contract but they refused. I switched to another network, but Vodafone told the credit agency Experian that I owed £114, so I paid under duress. I then sued and just before the court hearing Vodafone refunded the £114 plus costs. But I am still listed by Experian as a defaulter and Vodafone says it must stick to this. I need the default removed as I shall be moving house soon. 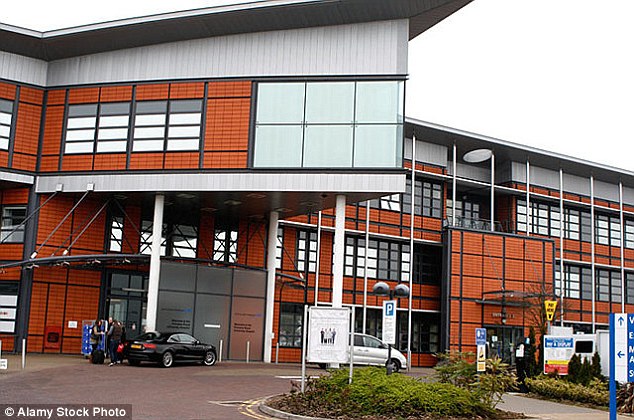 Blindspot: The Princess Royal had no Vodafone mobile reception

I suppose the basic question is to ask how Vodafone can refund the £114, yet at the same time claim that you owe the money and have defaulted on payment. On top of this, there is no reason why a company cannot delete an incorrect credit agency entry.

I put both these points to Vodafone. It told me the £114 charge was ‘fair and accurate as we make it clear that we cannot guarantee a signal in all areas at all times.’ But Vodafone did confirm that it eventually waived the £114 termination fee and repaid you. It added: ‘At this stage we should have corrected Mr J’s credit history – we are sorry this did not happen. This has now been done and any adverse markers have been removed.’

So far, so good. Except that the adverse markers were still there. Vodafone’s left hand had misled its right hand. It has taken a few more weeks, but a check with the big credit agencies shows you really are now in the clear.

Ms R.M. writes: I paid for a number of items from the Royal Mint, including a £17.50 Red Arrows ‘stamp cover’, which is like a first day cover but with a coin inset as well. But it just sent me the coin, priced at £10. I rang the Royal Mint and was told to return the coin, which I did. Since then I have emailed, phoned and written, all without reply. Yet it keeps emailing asking me to buy more coins. 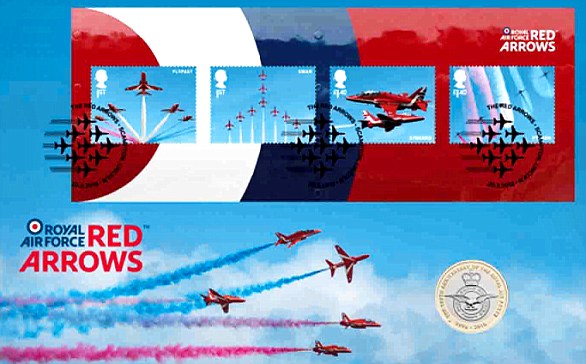 If you cannot trust the Royal Mint, who can you trust. Sadly though, officials have offered no explanation except to say that they apologise for the disappointing service. The Royal Mint has now sent you the stamp cover with the inset coin and by the time you read this you should also have received a refund to cover your wasted efforts plus some free coins for your collection.