Commuters lumbered with lengthy train journeys and fed up with where they live should head to Swanley, in Kent, if they want to enjoy a booming housing market and decent value travel connections, a new study suggests.

With an annual rail season ticket to London costing around £2,500, it takes commuters in Swanley just 25 days worth of house price growth to cover the cost of their train ticket, Zoopla suggests. 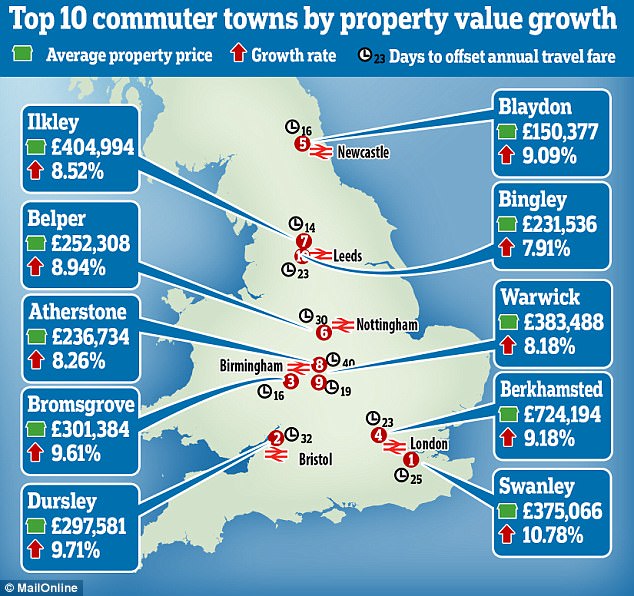 Dursley, a town in the outskirts of Bristol, came second place in the commuter hotspot list for 2017, with residents seeing house prices in the area rise by 9.7 per cent, which is around £26,339. The cost of an annual rail ticket to Bristol would be offset in 32 days.

Commuter hotspots in the Midlands featured three times in Zoopla’s league table, with property prices in Bromsgrove, which is around 30 minutes by train from Birmingham, rising by 9.61 per cent to an average of £301,384 in the year.

For residents in Bromsgrove, it would take just 16 days to cover the cost of an annual season ticket to Birmingham.

Elsewhere, in the Midlands, house prices have risen by 8.18 per cent in the year to an average of £383,488. It would take a commuter 19 days of house price growth to cover the cost of an annual rail ticket to Birmingham. 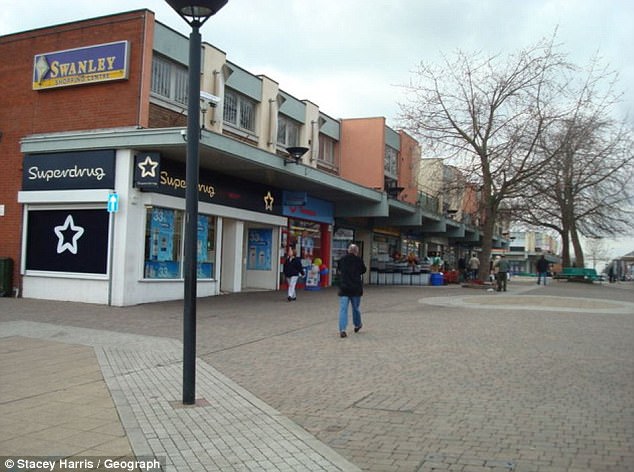 Commuter towns in West Yorkshire within easy reach of Leeds also fare well. Homes in Ilkley have risen by 8.52 per cent over the past year (paid off in 14 days) and homeowners in Bingley have seen values go up by 7.91 per cent (paid off in 23 days).

What is noticeable from Zoopla’s figures is that towns in the South East do not feature heavily.

After Swanley and Berkhamstead, riverside Greenhithe is the next best performing location within commuting distance of pricey London, with property price growth of 7.61 per cent in the last year. It would take a commuter 40 days to cover the cost of an annual rail ticket from Greenhithe to London. 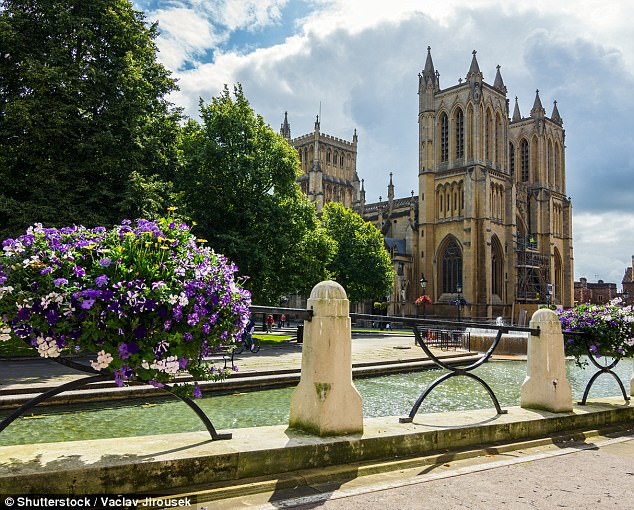 Convenient: Dursley, a town in the outskirts of Bristol, came second place in the commuter hotspot list for 2017 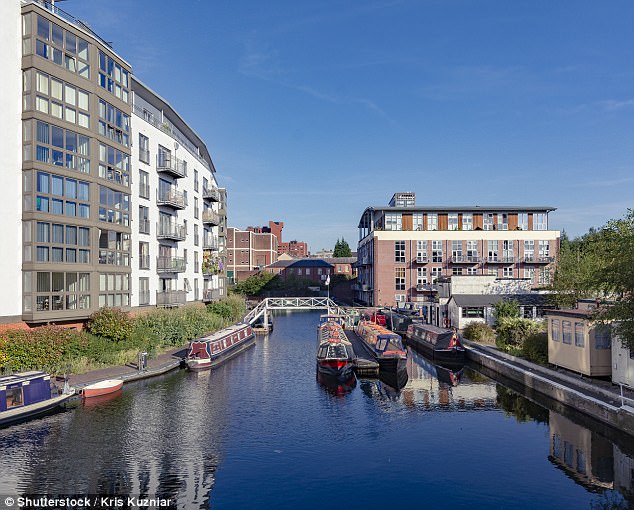 Lawrence Hall of Zoopla, said: ‘An easy commute into the office is often very near the top of the property wish list for those looking to move home, and these figures show just how valuable it can be to live within easy reach of a city centre.

‘Towns with good transport links into Birmingham have performed particularly well in 2017 due to continued demand in the region, which offers better value compared to the south of the country.’ 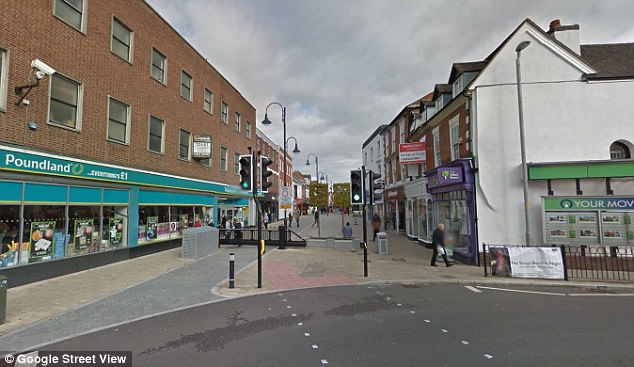 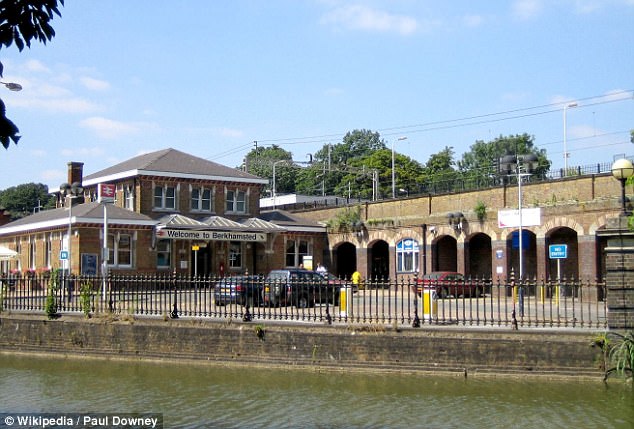 Rising: House prices in Berkhamsted hit £724,194 last year after another year of gains

Average train ticket prices across Britain have gone up by 3.4 per cent with rail commuters paying up to £2,500 more for a season ticket to work than they were at the beginning of the decade.

Last month, data from the Office for National Statistics revealed that UK property prices increased by an average of 4.5 per cent in the year to October, down from 4.8 per cent in September.

The annual growth rate has slowed since mid-2016 but remained broadly around 5 per cent throughout 2017.

Another year of house price growth means that homeowners have been ‘earning’ almost £30 a day by doing little more than sitting still on the property ladder.

However there are always considerable regional variations.

The seaside resort of Clevedon in North Somerset was this year’s biggest winner in percentage terms, seeing house prices grow by 11.6 per cent, to reach an average value of £334,245, according to an earlier study by Zoopla.

The bumper cash rewards are, of course, meaningless until homeowners sell the property and crystallize the gains. 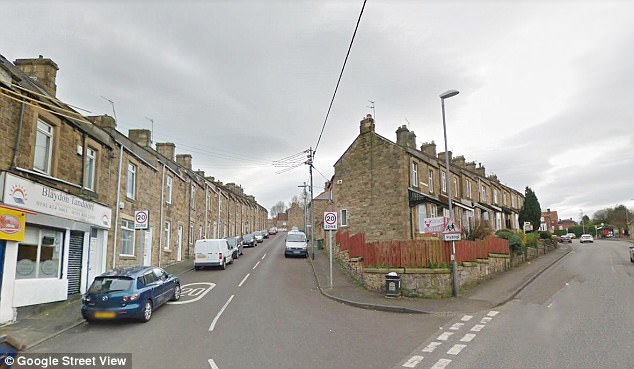 Blaydon-On-Tyne is still one of the more affordable commuter hotspots with homes averaging at £150,377 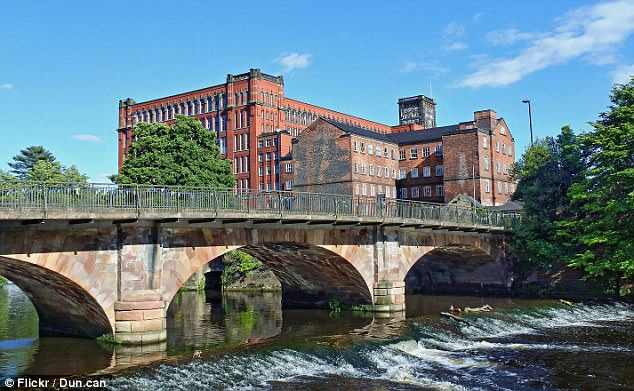 Work life balance: Belper is within commuting distance of Nottingham, but offers a quieter pace 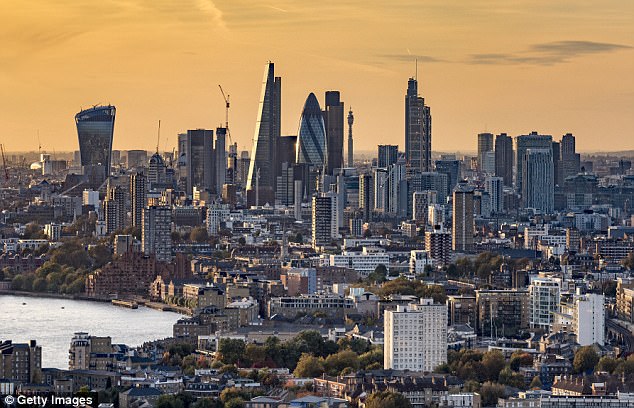 Commuter heaven? With an annual rail season ticket to London, pictured, costing around £2,500, it takes commuters in Swanley just 25 days to cover the cost of their train ticket

With further interest rate increases on the horizon for this year, prospective buyers may also have to be mindful that many of the cheapest mortgage deals could disappear.

In November, the Bank of England raised interest rates from 0.25 per cent to 0.5 per cent, marking the first increase since 2009. The next increase is expected by some to come in May.