New build homes have their advantages, not least as they tend to be a black canvas that you can put your own stamp onto.

But plain magnolia walls can be a double edge sword. On the one hand, they mean you don’t have to spend time peeling back layers of decades-old woodchip wallpaper that can be found in some older homes.

And yet on the other hand, the blank space can be overwhelming for those with little knowledge of interior design.

So we asked interior designers Alexander James to show us how things are done when you are working with a relatively blank canvas. 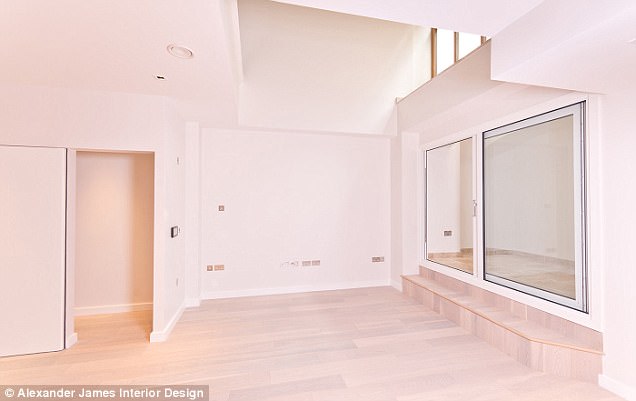 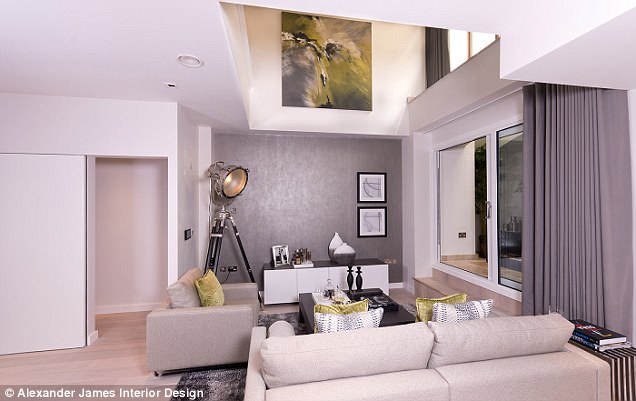 Time for an interior design intervention! Drag the arrows across the photos to see how designers transformed this new build flat in London, just off Chancery Lane

Their tips offer some inspiration for anyone moving into a new home and seeking to get a sophisticated designer look.

The firm selected two new builds and a renovation project that it has recently worked on to show what can be achieved by adding an array of designer touches such as wall art, oversized lamps and co-ordinating ornaments.

Drag the arrows on the photos to reveal the ‘before’ and ‘after’ images, showing what can be achieved with some designer input… 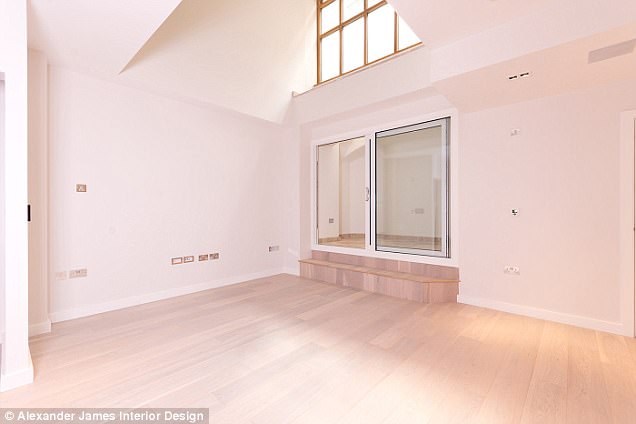 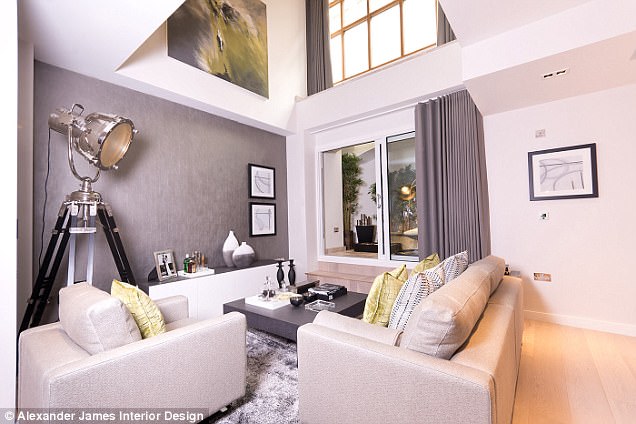 Interior designers transformed this London apartment, off Chancery Lane, by introducing a grey feature wall and placing a large piece of abstract art on the wall to highlight the high ceilings.

Stacey Sibley, creative director at Alexander James Interior Design, explained: ‘The contemporary design used is fitting with the city style of the property, while the use of green adds a pop of colour and is a call back to nature for those living in urban surroundings.’

She added: ‘The grey feature wall adds an effective contrast, with an oversized tripod lamp adding a modern, stylish touch.’ 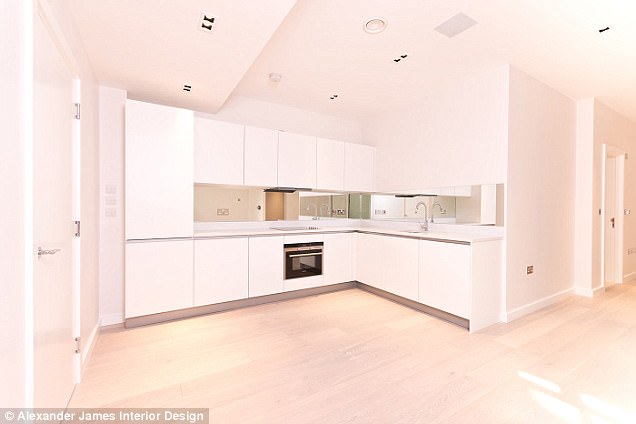 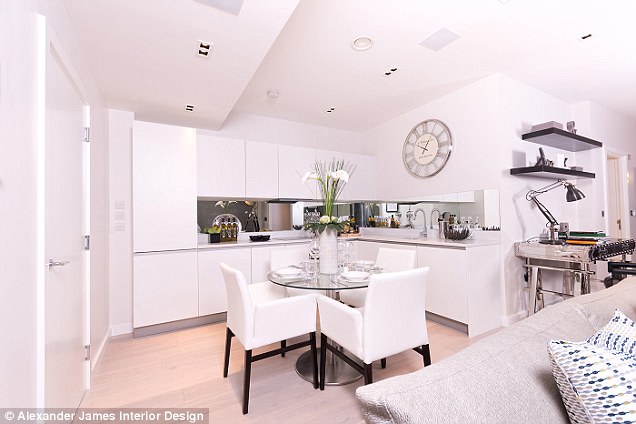 In the kitchen of the same London apartment, the designers used a glass table and white leather chairs with contrasting coloured legs to add a monochrome touch to the room. 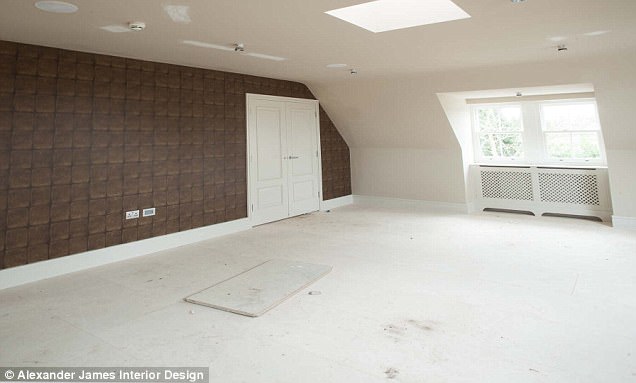 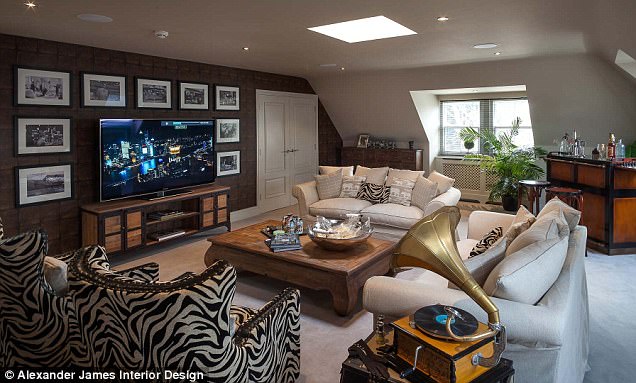 Before and after: Bespoke animal print chairs and plenty of images on the wall help to inject some personality into this Buckinghamshire house

At this luxury new-build home in Gerrards Cross, designers used a combination of bespoke animal print chairs and plenty of images on the wall to inject some personality into the property after the developers left the premises.

And a small bar was added to the corner of the room, helping to create a convivial atmosphere. 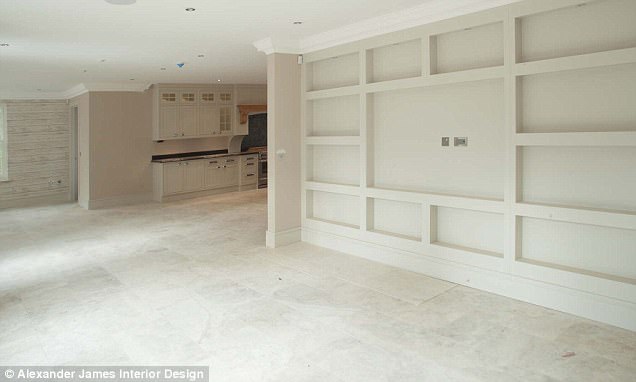 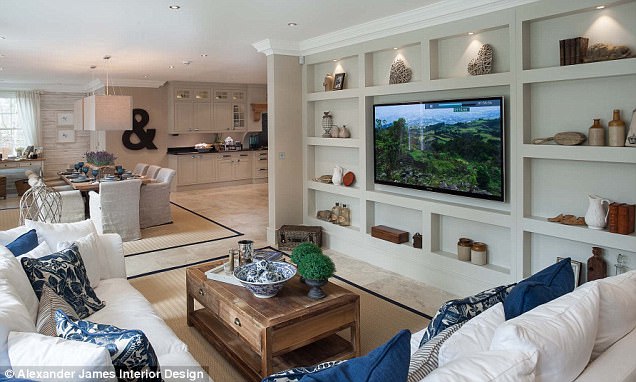 In the kitchen, the designers accessorised the multiple shelving units with co-ordinating ornaments.

They also used lighting and furniture to fit the scale of the room.

The oak furniture adds a rustic feel to the traditional style kitchen, with some indoor plants providing some greenery. 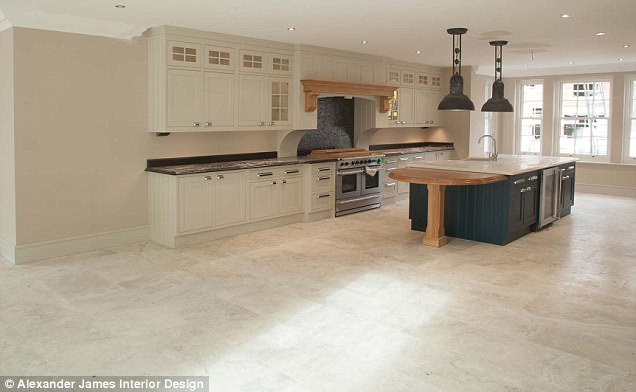 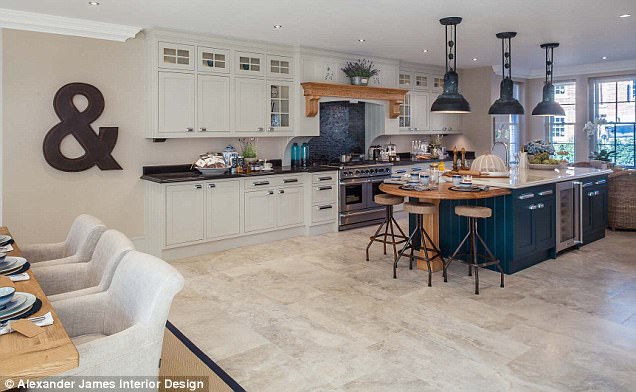 The bedroom at the former chapel was totally transformed with a lavish padded and panelled headboard and wall using a soft leather effect fabric.

This sat alongside some glamorous mirrored walls. 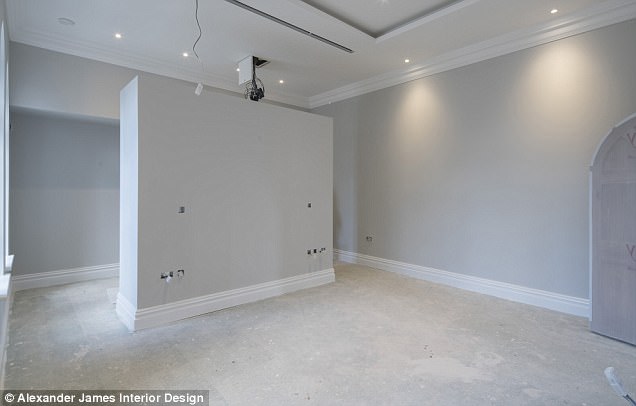 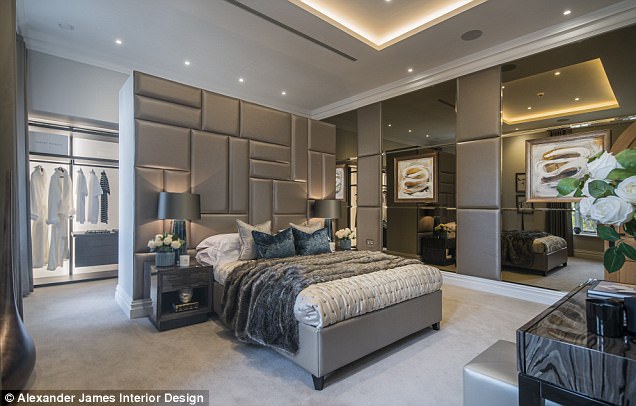 Rich teal cushions and elegant table lamps were then added.

And the spacious area behind the headboard in the bedroom was turned into a luxury dressing area. 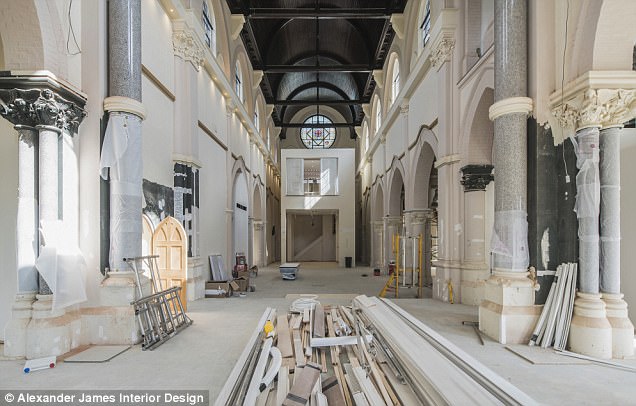 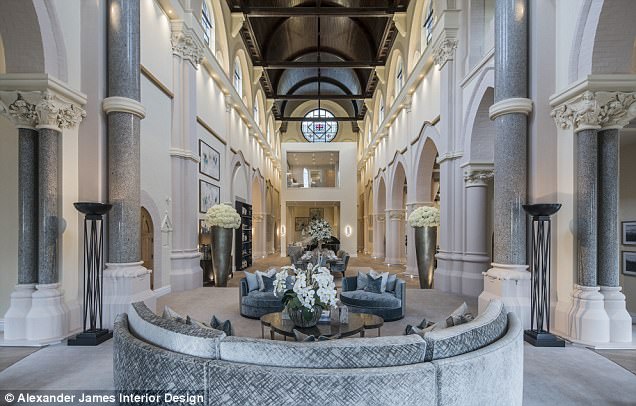 Teal cushions were also used on the curved sofa and armchairs of the central lounge area in the chapel to help create a cosy feel to the large space.

The use of some large flower arrangements helped to enhance the interiors of this large open space. And a grand piano was used as a centre piece at the entrance. 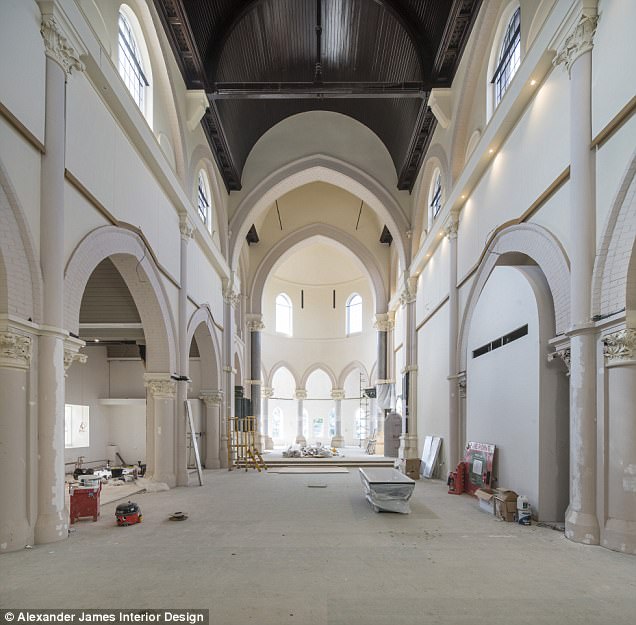 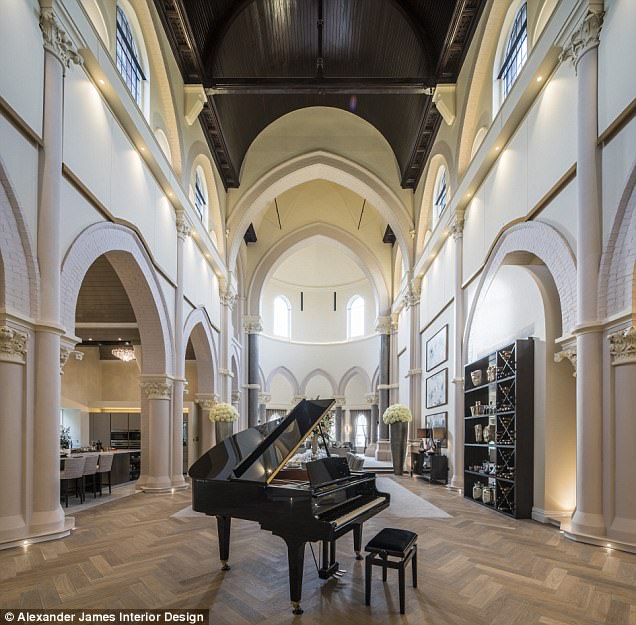 Meanwhile, the dining area of the former chapel was transformed with a bespoke table and opulent flower arrangements.

Some glamour and style was added with the use of luxury fabrics on the chairs.

Mrs Sibley said: ‘This unique project was a pleasure to transform. The great scale of the building allowed great opportunity to create elegance and grandeur with luxurious lighting and furniture.’