M&C Saatchi is a company that likes to grab your attention. Its white marble lobby has the company’s mission statement emblazoned on the wall – Brutal Simplicity of Thought. A little pretentious, maybe. But this is the world of advertising, or so you thought.

‘Saatchi is not just an advertising company, it’s a company that makes a difference to the world,’ says company boss Moray MacLennan.

A Scotsman without any trace of an accent, he has worked for the Saatchi brothers, Maurice and Charles, throughout his career.

He is evangelical about the power of simple ideas and argues the industry has lost sight of this fundamental principle, sidetracked by the digital revolution which has both amplified and confused how advertisers can target customers.

‘All of the noise is around channels and data at the moment,’ he says, slipping into ad-speak, but referring to the constant challenge of working out how to spend ad money and where – from posters on buses to Facebook.

‘But what’s been forgotten in many quarters is the importance of what you put in the channels. They’re cluttering it up with these messages. Customers don’t want endless messages, they want something that is useful, informative and entertaining.’

There are moments listening to MacLennan in his glass-fronted office at the top of the company’s Soho headquarters when it is easy to imagine boardroom brainstorming sessions.

Relaxed in jacket and jeans, the 56-year-old is on a mission to explain the value of what creative advertising can achieve. His agency is responsible for some of the most iconic campaigns of recent times but M&C Saatchi doesn’t just sell you soap or cornflakes.

The Saatchis have a longstanding relationship with the Tory party, having devised the Labour Isn’t Working poster in 1979 – and the image of Ed Miliband sitting in Alex Salmond’s pocket in 2015.

MacLennan is so close to the Conservatives he slips into the first person when talking about the 2017 campaign, despite not being formally involved. ‘There wasn’t an absolute clarity in the campaign what the strategy was. What were we trying to communicate?’ 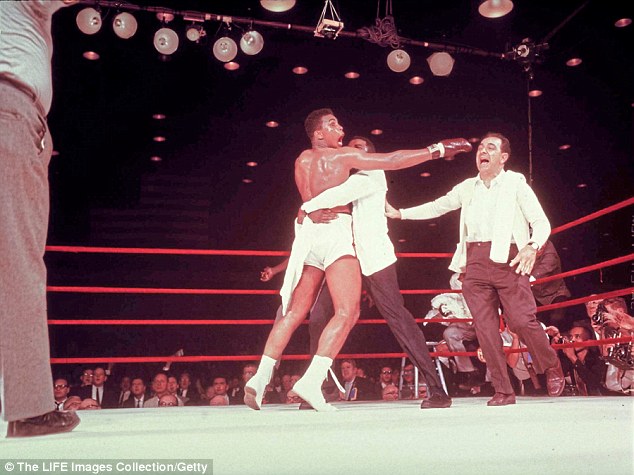 Theresa May should have demonstrated she was ‘strong and stable’ rather than just saying it. ‘It’s an old advertising cliche – don’t tell someone you’re funny, tell them a joke.’ He also argues passionately that the Tories should have used Labour’s For The Many, Not The Few slogan against Corbyn.

‘I think there’s a darkness at the heart of the Labour party slogan. I mean to actually come out with a statement saying we are anti a group of minorities in this country, whether it’s ethnic minorities or the gay community. They’re the few, are you not for them?

A memorable campaign devised by the company was for the regulator the FCA, with Arnold Schwarz-enegger urging people to claim for mis-sold PPI. ‘It does require a different mindset to come up with a disembodied Arnie head shouting at you “Do it now”,’ he says.

MacLennan – who lives in North London with wife Wendy, daughter Mia, 17, and son Kit, 13 – is the company’s day-to-day boss, the chief executive of M&C Saatchi Worldwide. Above him is a holding company listed on AIM through which some of the original partners and Maurice Saatchi keep their shareholding.

When the brothers walked out of their previous business, Saatchi & Saatchi, in the 1990s, MacLennan went with them. He and his colleagues have built M&C Saatchi from scratch to an agency turning over £251 million and generating £9 million in profit.

His world is being transformed by the revolution underway in the media, as advertising moves online, on to mobile phones, and on to Facebook. He is unequivocal about the social media platform: ‘It’s a great advertising medium and I don’t think it’s going anywhere.’

It is under pressure over its handling of users’ data, and some users say it is full of low-rent adverts cluttering up people’s lives.

MacLennan agrees: ‘It’s almost like the advertisements that used to appear in your local cinema for your local restaurant. 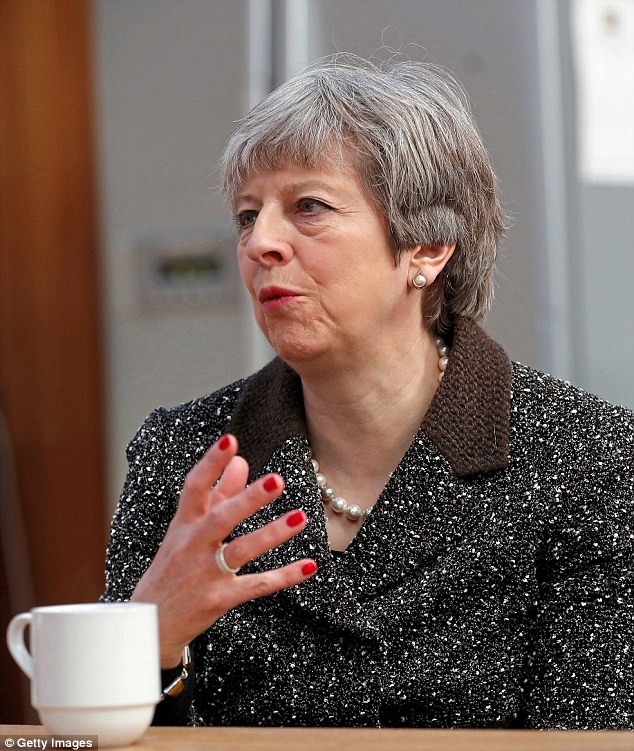 Strong and stable? How I would have sold Theresa May in the election

‘There are thousands and thousands of very bad pieces of communication on it.’

But advertisers, he says, are offered ‘efficiency of targeting’ through Facebook, which is an extremely alluring prospect.

MacLennan’s team thinks Brexit will be bad for Britain economically. They pushed the Remain campaign in the EU referendum to use a more positive message, under the tagline Don’t Leave, Lead, but to no avail.

He is contemptuous of those trying to overturn the result: ‘People say no one voted to be less well-off. I think they did. It wasn’t just about money. Remainers have had their chance, they can try again in 20 years’ time. You can’t keep running the result like some tinpot dictator until you get the result you want.’

He doesn’t see the Saatchis as much as he used to. Charles (‘he was always the brooding unreasonable creative’) sold his stake in 2006.

Maurice returned recently to explain to executives what M&C Saatchi is all about. He told them to watch YouTube footage of Muhammad Ali’s 1964 World Championship fight against Sonny Liston.

Saatchi wasn’t just reflecting on the iconography and power of one of the 20th Century’s great sporting moments. Shaking up the world, he said, is what M&C Saatchi does. 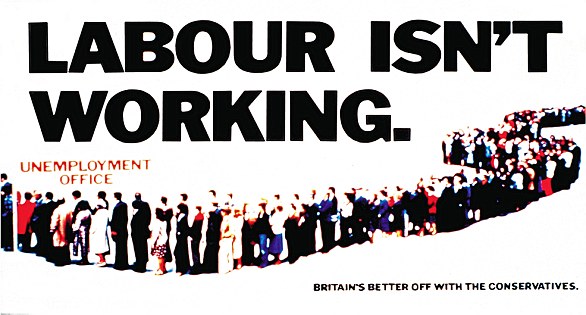 Powerful: Poster that helped the Tories win the General Election

Brothers Maurice and Charles can look back on a legacy of two advertising giants named after themselves.

The pair set up Saatchi & Saatchi in 1970 and built it into a powerhouse of advertising – highlighted in the run-up to the 1979 General Election when it devised the advertising slogan Labour Isn’t Working for Margaret Thatcher’s Tory party.

MacLennan recalled: ‘It ran once, it was one poster site, and is now the most famous poster in the world.’

But, after a turbulent period, the brothers’ relations with chief executive Charles Scott soured and Maurice was ousted as chairman in 1994 under pressure from shareholders. Charles followed and the brothers set up M&C Saatchi in 1995 with colleagues including MacLennan.

During the 2015 election M&C Saatchi came up with the idea of Ed Miliband sitting in Alex Salmond’s top pocket.

‘The SNP holding the country to ransom wasn’t considered a major issue by the public before we ran that,’ said MacLennan. ‘Afterwards it was the second most important issue. It had a huge effect, and a minimal amount was spent on a very simple powerful piece of communication.’

The brothers’ first firm Saatchi & Saatchi – owned by French public relations giant Publicis Groupe since 2005 – is still based in London and has 114 offices in 67 countries.