Toyota is to stop selling diesel-powered passenger cars in Britain and Europe by the end of this year, company bosses have announced.

The Japanese car giant revealed the change in strategy at a briefing on the eve of the Geneva Motor Show in Switzerland.

Fewer than 7 per cent of Toyota’s UK sales were diesel last year, dropping to just 4.5 per cent in January, with the rest being petrol and hybrid. 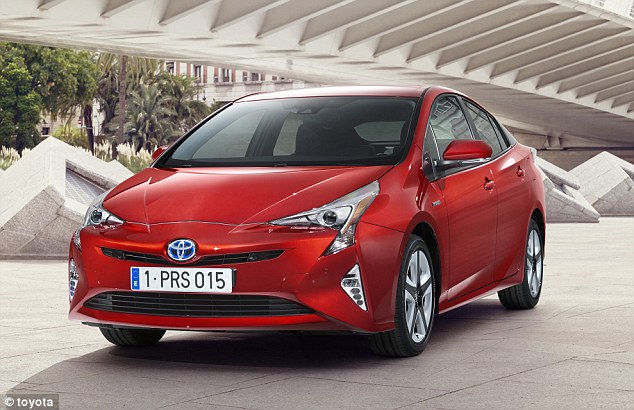 ‘In some markets they will be phased out even faster- some by the end of this quarter.’

Toyota will continue to offer diesel engines for its Land Cruiser 4×4 as well as for commercial vehicles such as the Hilux and Proace.

The manufacturer is to boost further sales of petrol-electric hybrid cars which already account for nearly half (45 per cent) of sales in the UK last year, rising to 48 per cent in January.

Toyota’s C-HR model was launched in late 2016 without a diesel, but with a popular hybrid accounting for 78 per of sales. 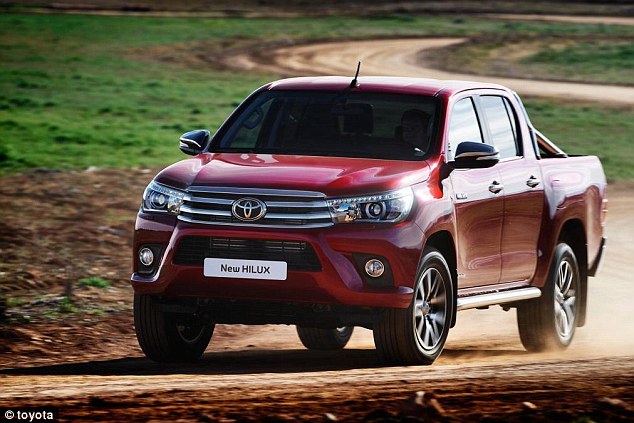 ‘In our latest new model, the Toyota C-HR, hybrids accounted for 78% of sales last year’.

Last week it was reported that Fiat Chrysler – which also owns Jeep, Maserati and Alfa Romeo – would be ditching the under-fire fuel type from 2022.

In February, Porsche announced that it would axe all diesel engine options from its range of cars with immediate effect, claiming there had been a ‘cultural shift’ among customers.

The landmark decision marks the latest nail in the coffin for what has been dubbed ‘dirty diesel’ in the wake of the Volkswagen Dieselgate scandal and the so-called demonisation of diesel by politicians and environmentalists who actively encouraged motorists to switch to the fuel type – because its lower CO2 emissions helps reduce global warming and save the planet – before doing a u-turn over harmful particulates in older models to which they’d previously turned a blind eye.

Currently more than 60 per cent of Toyota UK’s production at Burnaston is hybrid.

Diesels will be phased out across the board so that by the end of this year customers of passenger cars will no longer be able to specify a diesel. 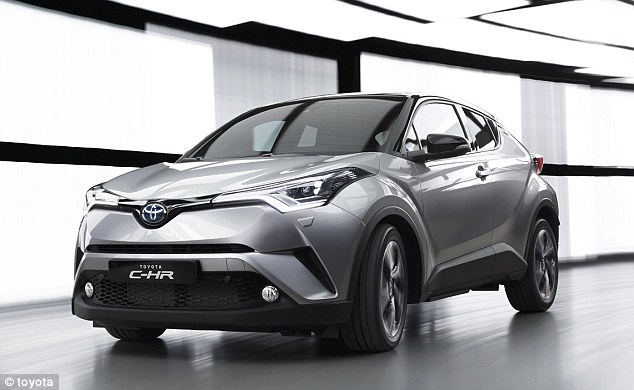 New line: Toyota’s C-HR model was launched in late 2016 without a diesel, but with a popular hybrid accounting for 78 per of sales

In a statement later, Toyota confirmed: ‘At an executive meeting with media on the eve of the Geneva Motor Show, Toyota shared the next step of its powertrain strategy in Europe.

‘Strong customer demand for hybrid electricity versions on its core models means Toyota will phase out diesel engines from all its passenger cars in 2018.’

‘The new generation Auris – to be produced in Burnaston next year – will come with three powertrains, including two petrol-electric hybrids.

It added: ‘ Similar to the decision taken in 2016, to introduce Toyota C-HR without a diesel version, the new generation Auris will only be offered with petrol and hybrid powertrains.’

The car firm said that 2017 hybrids represented 41 percent of Toyota Motor Europe total sales. That was a rise of 38 per cent year-on-year to 406,000 vehicles: ‘In contrast, Toyota’s diesel mix on passenger cars was less than 10 per cent in 2017’

It added: ‘Toyota will continue to offer diesel engines in commercial vehicles- such as Hilux, Proace and Land Cruiser – to meet customer needs.

Toyota bosses also called on the EU – as well as the UK government- to come to a sensible agreement over Brexit that would guarantee frictionless tariff free trade. 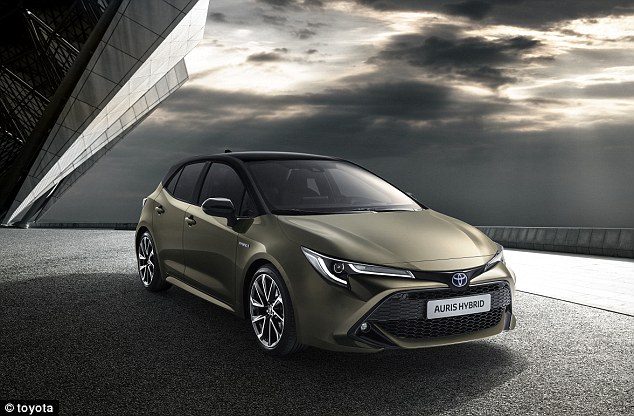 Toyota said last week that the next generation Toyota Auris will to be built at the firm’s Burnaston factory in the UK as part of a major £240million investment.

The confirmation is a huge Brexit boost for Britain and a vote of confidence in UK manufacturing.

The car itself remained under wraps at the time, but the covers have since come off at the Geneva Motor Show on Tuesday morning. 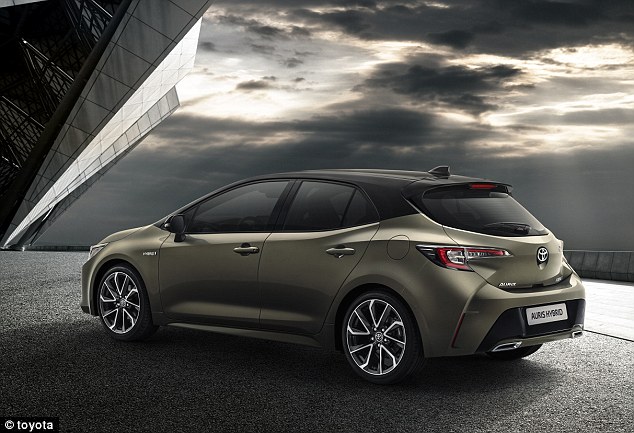 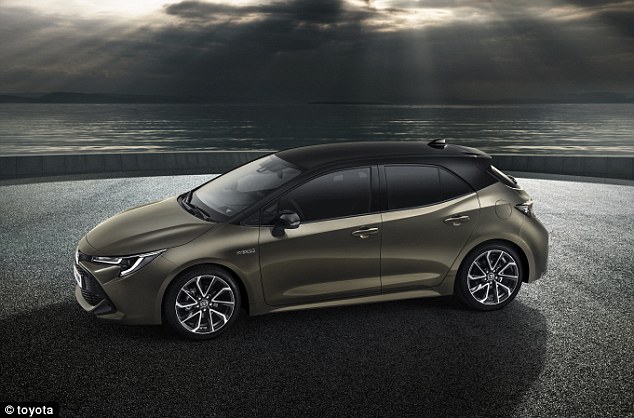 In keeping with its vow to ditch diesel, there won’t be an oil burner available, though two hybrids will be on offer and just the one conventional petrol.

While the tried and tested 1.8-litre hybrid – the same used in the Prius and C-HR producing 120bhp – will remain, there will be a new 2.0-litre option with a more potent 177bhp output.

The design is very much an evolution of the Auris on sale today, though the 2018 model does get the latest Toyota headlight and front bumper design to match the existing Yaris.

The rival to the Ford Focus and VW Golf should be slightly roomier than before with 4cm of extra length added to the practical family choice.