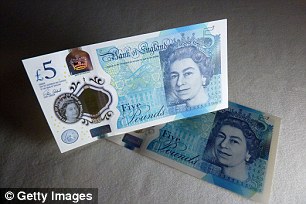 The firm recently delivered better-than-expected results despite losing out on a contract to make the blue post-Brexit passports.

Investec said: ‘There are encouraging signs that growth is starting to appear in areas of the business where investment has been made.’

Poor weather led to a 4.3 per cent dip in sales for the Restaurant Group during the first three months of its financial year.

Peel Hunt says 70 per cent of the company’s sites are in areas of ‘structural decline’ and it predicted sales would continue to disappoint.