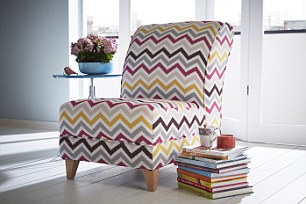 Peel Hunt has repeated its ‘buy’ rating for DFS

Peel Hunt has stuck by its claim that now is the time to buy shares in DFS Furniture.

It repeated its ‘buy’ rating with a target price of 300p.

DFS announced the departure of chief executive Ian Filby last month after revealing a drop in sales during the first half of its financial year.

Filby will be replaced by Tim Stacey, who is being promoted from his role as chief operating officer.

Its analysts have cut the firm’s stock to ‘sell’ with a target price of 1075p.

WPP, the ad empire built up by Sir Martin Sorrell over 30 years, was thrown into turmoil earlier this year when its founder left amid misconduct allegations.

It is now hunting for a new chief to replace Sorrell.