Ministers were accused of losing more than £2billion for no reason today after selling part of the taxpayer’s stake in Royal Bank of Scotland.

City investors have bought a 7.7 per cent stake from the Treasury as the government seeks to put the struggling bank back into private hands.

But the price was far below that paid to bailout the bank during the financial crisis – meaning a £2.1billion hit for the public purse. 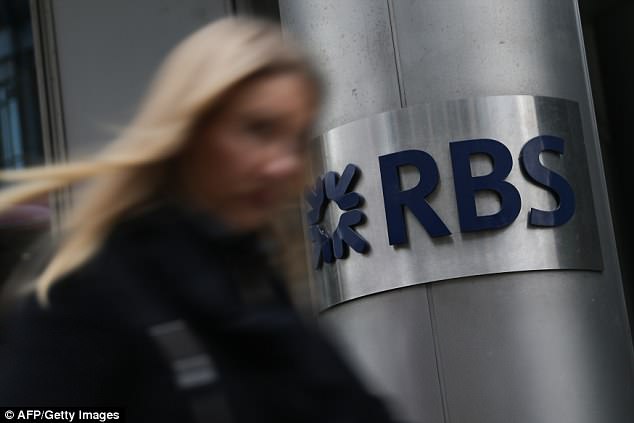 A £2.5billion stake of bailed-out Royal Bank of Scotland is being sold in a bid to end a decade of state ownership 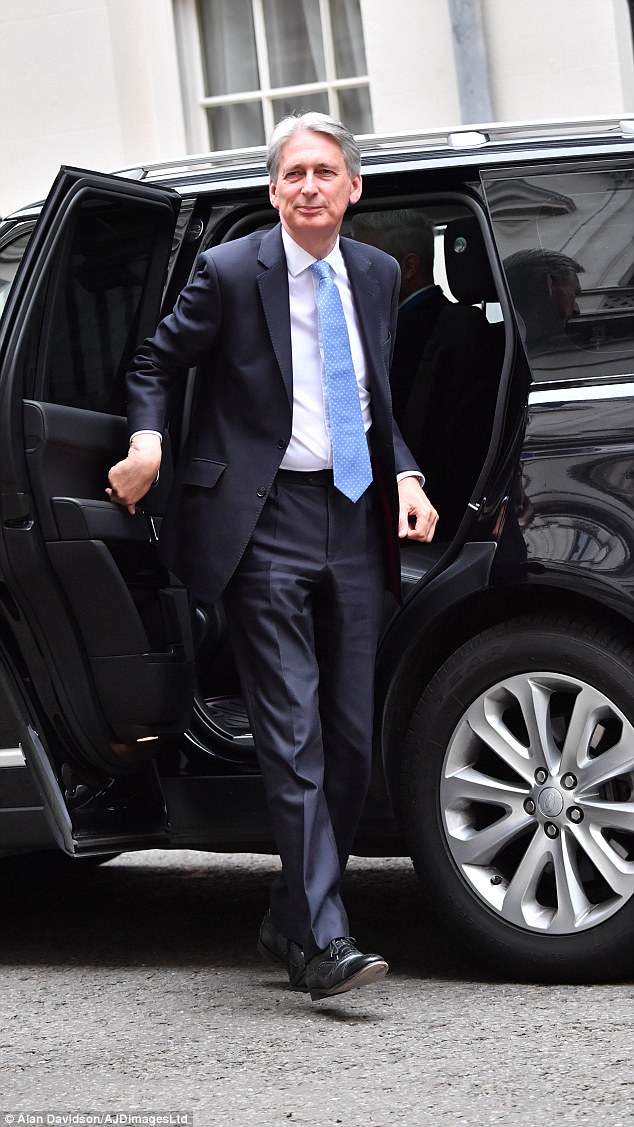 The move was condemned by Labour, who were responsible for nationalising RBS in 2008, with shadow chancellor John McDonnell saying there was ‘no economic justification’.

Liberal Democrat leader Vince Cable said there was ‘no need’ for the sell-off now and the government should have waited while the banks fortunes were restored.

Taxpayers paid £5.02 per RBS share in 2008 but the stock price continued falling and has not been close to this level since 2010.

The price for the latest sell-off was £2.71, the UK Government Investments (UKGI) confirmed.

The sale takes the state’s stake in NatWest owner RBS down from 70.1 per cent to 62.4 per cent.

It is expected to be the start of a sustained sell-off, finally returning the bank to private ownership.

RBS was forced to beg the Treasury for a bailout after an ill-advised takeover of toxic Dutch rival ABN Amro which briefly made it the world’s largest bank.

Taxpayers stumped up £46billion to stabilise the lender and stop it running out of cash, in a collapse that would likely have taken the British economy down with it.

RBS chief executive Ross McEwan said: ‘I am pleased that the Government has decided the time is now right to restart the share sale process.

‘It also reflects the progress we have made in building a much simpler, safer bank that is focused on delivering for its customers and its shareholders.’

But Mr McDonnell said: ‘There should be no sales of RBS shares, full-stop. But because of this government’s obsession with privatisation, the taxpayers who bailed out the bank will now incur an enormous loss.

‘Taxpayers are paying the price for the Tories’ mismanagement of RBS over the past eight years.’ 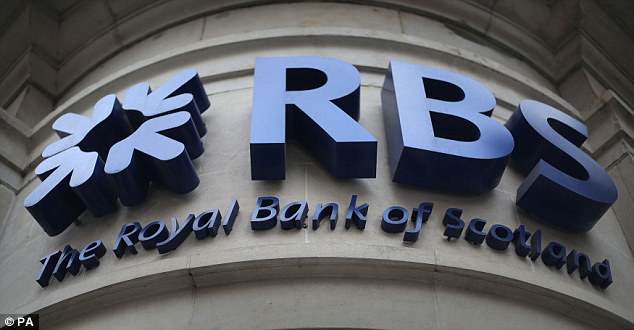 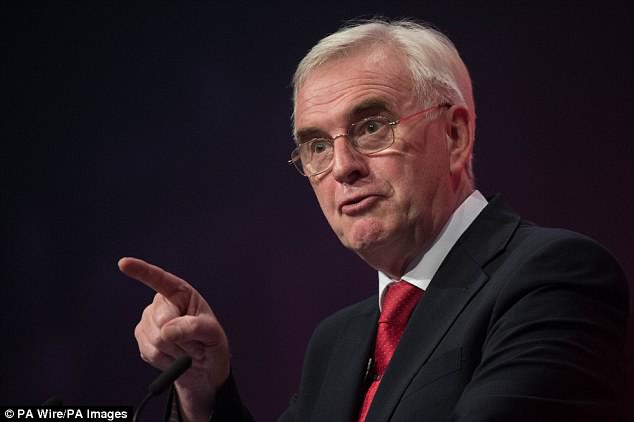 The move was condemned by Labour, which nationalised RBS in 2008, with shadow chancellor John McDonnell (pictured) saying there was ‘no economic justification’

Sir Vince said there was ‘no need for the Conservatives to cost the taxpayer more than £2billion’.

‘Ministers should instead have been using their position as the biggest shareholder to make sure management put the bank in order so that the share price recovered before selling any of the stake,’ he said.

However, Treasury minister John Glen said it was ‘unrealistic’ for the Government should to cling on to its RBS stake for the long-term.

He told the Today programme: ‘I would love it if we could sell the shares at a much higher price, obviously, that is what everyone would like to do. But we need to be realistic and look at the market conditions.’

Chancellor Philip Hammond said the sale represented ‘a significant step in returning RBS to full private ownership and putting the financial crisis behind us’.

‘The Government should not be in the business of owning banks,’ he said. ‘The proceeds of this sale will go towards reducing our national debt – this is the right thing to do for taxpayers as we build an economy that is fit for the future.’

The UK’s total stake in the banking giant now stands at 62.4 per cent.