The boss of TSB was last night under fresh pressure after it emerged the bank could face £16 million in fines for its IT fiasco.

Analysts at broker RBC calculated that the charges could be levied by the Financial Conduct Authority and Prudential Regulatory Authority after almost 2 million customers were locked out of their accounts. Many were left struggling for cash or unable to make crucial payments.

The fines would be in addition to £18 million in costs that TSB is expected to absorb as it waives overdraft fees for customers hit by the computer failures. 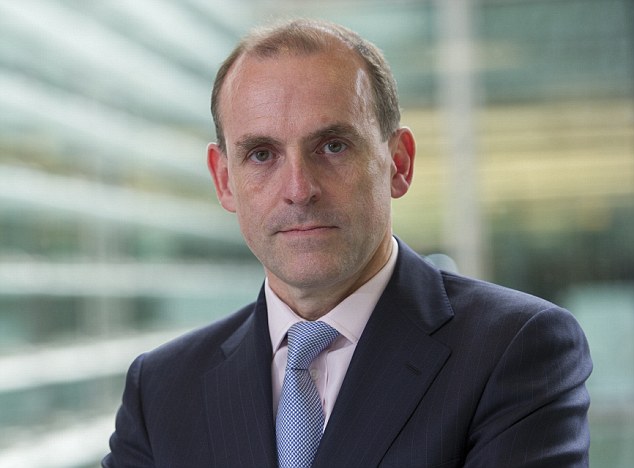 Struggling: The latest news is likely to spark further questions about the future of chief executive Paul Pester

The mounting costs to TSB over the botched IT upgrade last month is likely to spark further questions about the future of chief executive Paul Pester. He has been facing calls to quit over the affair, which has seen many customers threaten to leave the bank.

And as problems continue, there are reported rumblings among investors in Sabadell – TSB’s Spanish owner – that he could forced out. ‘Sabadell investors I’ve been speaking to fully expect Paul Pester to go because of this,’ a source told the Telegraph.

TSB’s botched computer upgrade, which was meant to switch customers from the system owned by former parent company Lloyds to its own network, caused chaos for its customers online, with some seeing incorrect details or sensitive account information belonging to other people.

Even in recent weeks customers have been left on hold for up to five hours when they tried to complain to the crisis-hit bank.

The RBC analysts came up with their estimate based on the £56m fine levied on RBS after its IT meltdown in 2012.

Mr Pester, 54, has pledged that no customer will be left out of pocket as a result of the problems. He is giving up a bonus of £2 million related to switching to the new computer system. But TSB could still pay him a separate, annual bonus for 2018 of more than £1 million.

A TSB spokesman said last night: ‘Our focus is putting things right for our customers – and no customer will be out of pocket as a result of what’s happened.’