Uber is shifting its focus away from cabs towards hire bikes and scooters.

Boss Dara Khosrowshahi said this could hurt earnings temporarily, but fits the firm’s plan to dominate travel in cities. 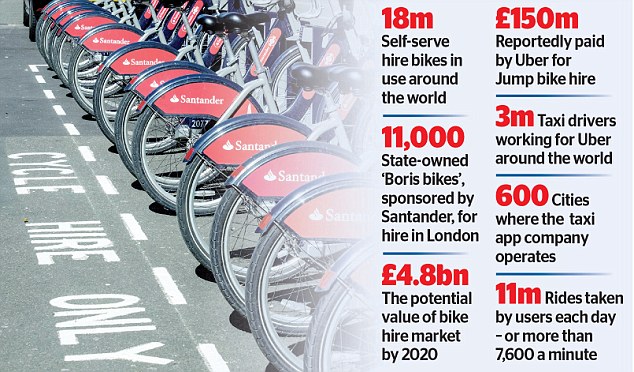 In many cases, bikes are a better way to get around, he told the Financial Times.

Khosrowshahi added: ‘During rush hour, it is very inefficient for a one-tonne hulk of metal to take one person ten blocks.

‘Short-term, financially, maybe it’s not a win for us. But strategically, long-term we think that is exactly where we want to head.’

Uber bought the US bike hire firm Jump for a reported £155m in April.