Stepping into the latest tobacco store on London’s Kensington High Street feels like entering some sort of futuristic science museum.

Tastefully put together with hues of white, grey and copper, the beautifully designed shop mysteriously shows little evidence of any product for sale.

Instead, there is an interactive display along the far wall to educate aspiring non-smokers on heated tobacco technology while trendy millennials perch on stools near the door sipping coffee and chewing on strange devices. 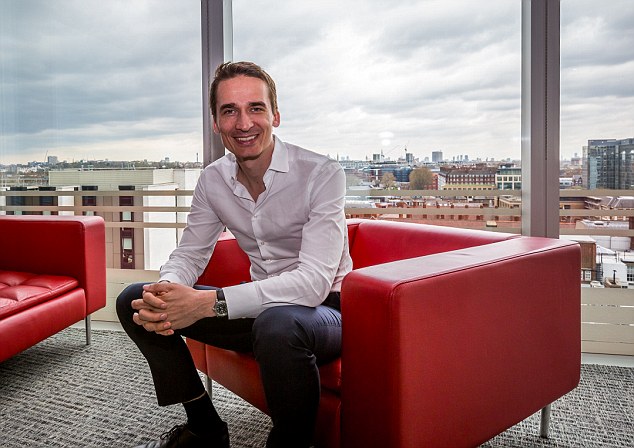 Peter Nixon: iQos is “the I phone of our industry” boasts UK managing director of Philip Morris

The devices are called ‘iQos’ and made by cigarette giant Philip Morris, famed for household brands such as Malboro, Chesterfield and Benson Hedges.

The purpose of iQos is to help wean smokers off cigarettes – a curious objective from a company that derives the vast majority of its revenue from these sin tax items.

iQos is “the I phone of our industry” boasts UK managing director of Philip Morris, Peter Nixon, before ordering a drink from the in-store café.

Demonstrating how the thing works, he slips tobacco sticks – a little smaller than cigarettes – into a small device that heats them to half the temperature of burning cigarettes.

This enables users to draw equivalent amounts of nicotine while reducing the inhalation of harmful compounds by over 90%, he claims.

Philip Morris has spent over 15 years researching and developing smoke-free alternatives. The firm’s efforts have escalated recently with a campaign launched over new year plastering full-page adverts in national newspapers promoting its “ambition to stop selling cigarettes in the UK.” 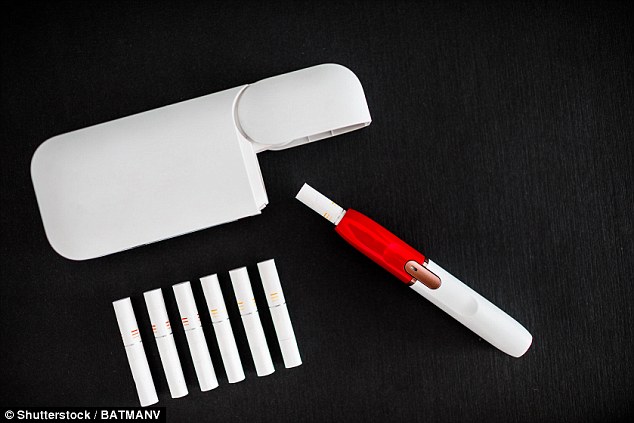 Modern alternative: The purpose of iQos is to help wean smokers off cigarettes

Nixon is confident that iQos is “the best smoking alternative in the industry”, supporting the stonking £3.5bn that his employer has ploughed into it over the last three years. The devices first hit Japanese shelves in 2014 and are now sold in over 40 countries.

In case you’re wondering what iQos stands for, it doesn’t stand for anything. A disappointment for inquisitive customers wondering if it might be ‘i Quit only smoking.’

In facing regulatory bodies, iQos has met with some resistance. Early this year the Food and Drug Administration in the US rejected initial safety claims made by Philip Morris.

UK MPs took a softer line last week though in a report saying there is not yet enough information around the health implications, calling for ongoing research.

For those looking for a cheaper smoking alternative, iQos is not the answer. With an up-front cost of close to £100 per device and tobacco sticks at £8 per pack, the cost works out about the same as smoking.

Vaping and e-cigarettes, on the other hand, tend to cost roughly half, Nixon says, but prices vary depending on many factors such as the device and liquid used.

Between 2014 and 2017, e-cigarette users grew by almost 50 per cent, according to government numbers, with over 5 per cent of people over the age of 16 now hooked. Comparable smoking figures dropped by over 10 per cent with under 17 per cent of Britons now classified as smokers.

Roughly 60 per cent of the 7.5m smokers in the UK are trying to give up, according to Nixon, who recalled having his last puff over four years ago in a bar in Moscow.

That makes for millions of potential customers poised to capitalise on healthier smoking alternatives, or so the retailer hopes.

Musing over possible reasons for this, Nixon said the myths surrounding vaping, and the health concerns associated with it, were “criminal”.

He is hopeful that sentiment will change as more information becomes available. Indeed, last week MPs published a report calling for a relaxation of vaping laws claiming e-cigarettes are around 95% less harmful than conventional ones.

Philip Morris’s ambition to wean the UK off cigarettes is a bold one, and a campaign the company claims to be pushing globally. The results are yet to show – over the last six months their cigarette sales in the UK have dropped about 5 per cent compared with the same period last year, according to Nixon, and this remains in line with long-term trends.