Oil prices have reached their highest level since 2014 after US president Donald Trump pulled the plug on US involvement in the Iran nuclear deal.

A barrel of Brent crude oil rose to $77.16 in early morning trading. With world oil on the rise, motorists across the UK can expect to see prices at the pumps increase.

A spokesman for the AA told This is Money: ‘The industry’s rule of thumb is that a $2 change in the price of oil, at a constant exchange rate, causes a 1p change at the pump. 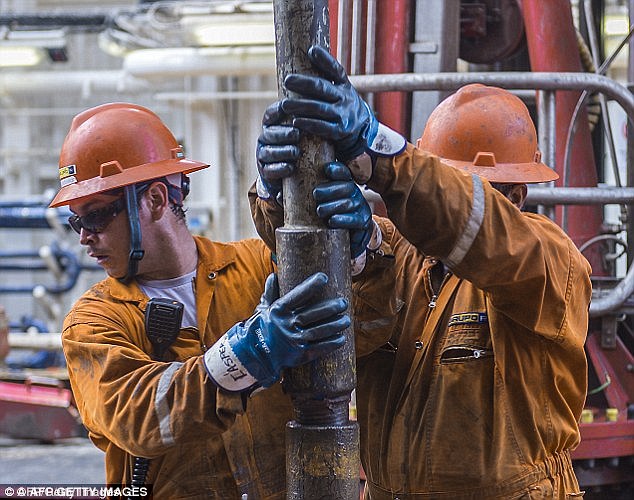 All change: Oil prices have reached their highest level since 2014 after US president Donald Trump pulled the plug on US involvement in the Iran Nuclear Deal

‘Lower-income drivers are already under pressure from rising pump prices and any new increase makes their finances even more difficult.

‘This could worsen if the Europeans fail to keep the Iran nuclear deal alive and the commodity market speculators cash in.’

RAC fuel spokesman Simon Williams said: ‘Motorists are definitely feeling the effect of rising fuel costs, but things may be about to get a whole lot worse as a result of the United States’ decision to pull out of the Iran nuclear agreement.

‘The price of oil has already jumped on the back of this news which will lead to even higher prices at the pumps. 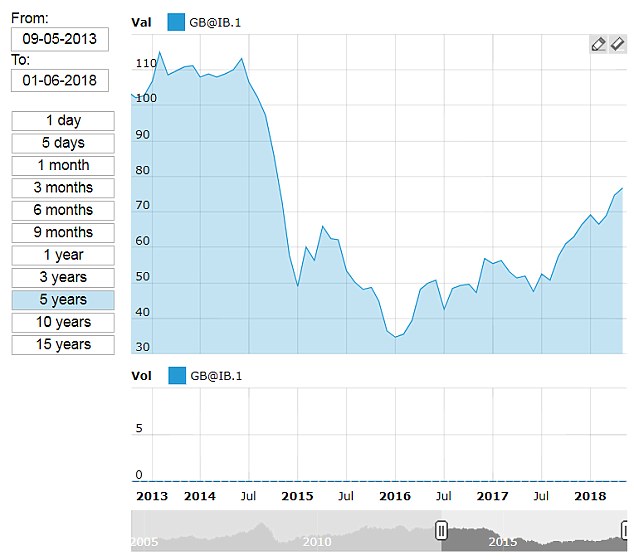 In numbers: The cost of a barrel of Brent crude oil from 2013 to the present day

‘Last month saw almost 3p a litre being added to the average price of petrol and diesel making it the worst monthly fuel price rise since December 2016.

‘And sadly, we fear we may see another couple of pence a litre going on as a result of the higher oil price and the fact the pound has slumped to a four-month low at $1.35.

FTSE 100 listed oil producing groups, including BP and Royal Dutch Shell, have seen their share prices rise on the news. 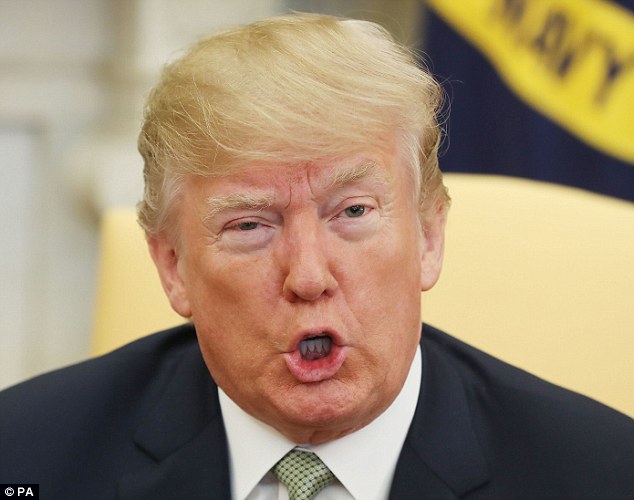 Outspoken: Donald Trump’s tough stance on Iran could keep oil prices higher than they would otherwise be

On the FTSE 250, Tullow Oil and Cairn Energy were among the biggest risers, up over 5 per cent and and 4.4 per cent respectively.

The 2015 deal curbed Iran’s nuclear activities in return for the lifting of UN, US and EU sanctions.

Pulling out of the deal means Trump could now re-instate a string of sanctions against Iran.

Russ Mould, investment director at AJ Bell, said: ‘Oil traders may have seen President Trump’s decision to withdraw the US from the 2015 nuclear sanctions coming from some distance away, but confirmation of the move and American plans to exclude Opec’s third-biggest producer from global markets is still giving a fresh lift to the price of crude.’

On BP and Shell’s share price boost, David Cheetham, chief market analyst at online broker xtb, said: ‘Both these firms have seen their share price rise to its highest level in several years this morning and if the price of oil continues to rise on the tensions in the Middle East, then there could be more upside to come.

‘The gains have boosted the broader index with the FTSE 100 close to its highest level since January.

‘The oil and gas sector accounts for roughly one-sixth of the benchmark, and the recent gains in this area are lifting the whole index.’

While Trump has pulled the US out of the Iran Nuclear Deal, Britain’s government has vowed to stay put.

Foreign secretary Boris Johnson said the UK had ‘no intention of walking away’ from the deal. 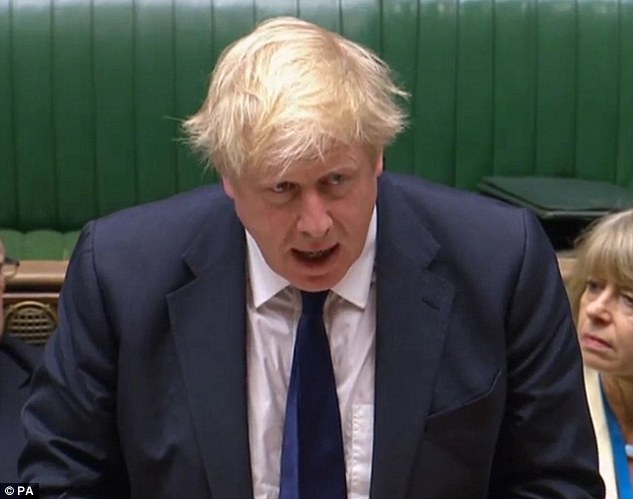 Staying put: Foreign secretary Boris Johnson said the UK had ‘no intention of walking away’ from the deal