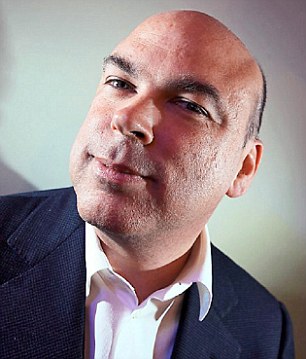 Mike Lynch was once dubbed Britain’s answer to Bill Gates

The pioneer behind a British tech titan sold to a US rival is facing a £4billion court fight after the firm was branded a giant ‘Ponzi scheme’.

Mike Lynch, once dubbed Britain’s answer to Bill Gates for turning software company Autonomy into a world leader, is fighting for his reputation after his former finance chief was convicted of fraud.

It was claimed 54-year-old Sushovan Hussain and other senior figures from Autonomy artificially inflated the business’s value before it was sold to Hewlett Packard (HP) for £7.1billion in 2011 – netting themselves millions in the process.

After the deal, HP said it found accounting irregularities and was forced to write off most of its value.

The US computer giant has accused Autonomy’s former bosses of cooking the books and has launched a £3.7billion damages claim in the High Court against Lynch and Hussain.

Both have denied wrongdoing and maintain HP mismanaged its takeover of Autonomy, with Lynch launching a £117million counter-claim against their rival over reputational damage.

But in a blow on Monday night, Hussain was convicted of 16 counts of fraud separately brought against him by American prosecutors, and he faces up to 25 years in jail.

Prosecutors – with assistance from the Serious Fraud Office and the Financial Reporting Council – presented accounts, press releases, emails and phone calls which they claimed showed systematic fraud at Autonomy under Hussain before it was sold. 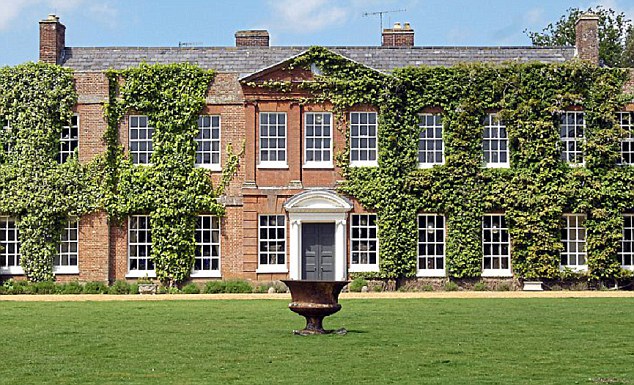 The federal court in San Francisco heard how he used accounting tricks and even an alleged payment of ‘hush money’ to make the firm’s revenues look better than they were, lying to regulators, auditors and analysts about its financial performance.

Estimated to be worth almost £480million, Lynch now leads investment fund Invoke Capital. He is also a scientific adviser to Theresa May.

He lives in a £6million Georgian manor house set in 70 acres of East Anglia, where the married father-of-two keeps rare breeds of cows and pigs.

The estate, Loudham Hall in Suffolk , also has a swimming pool, four cottages and a lodge.

The FBI’s John Bennett added: ‘Such egregious dishonesty in business violates the trust of our citizens and will not be tolerated.’ Hussain will be sentenced on Friday but his lawyer John Keker said he intended to appeal against the verdict.

Hussain faces a further battle against HP Enterprise alongside Lynch in the UK’s High Court early next year. The company accuses the pair of ‘systematic and sustained’ fraud.

Documents filed with the court say: ‘Its purpose was to ensure that Autonomy’s financial performance appeared to be that of a rapidly growing software company whose performance was consistently in line with market expectations.

‘The reality was that the group was experiencing little or no growth, it was losing market share, and its true performance consistently fell far short of market expectations.’

Lynch says HP Enterprise’s claims amount to ‘a desperate search for a scapegoat’.

He added: ‘The contents of the claim are a simple re-hash of previous leaks and insinuations that add up to one long disagreement over accounting treatments, and have nothing to do with fraud.’

A spokesman for Lynch declined to comment on Monday’s verdict.