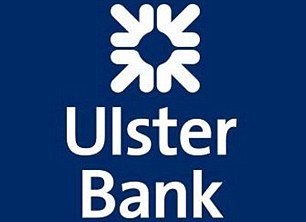 Ulster Bank is cutting the rate on its e-savings account from 1.25%  to 1% next month

Ulster Bank is cutting the rate on its e-savings account from 1.25 per cent to 1 per cent next month.

Launched last June, the account topped the best-buy tables at a time when the average rate was just 0.38 per cent.

It was withdrawn from sale in October and now existing savers will see their rate lowered to 1 per cent from April 6.

At its launch a spokesman for the bank said: ‘We understand that saving in the current interest rate environment can be tough, so we’re looking at ways to make it easier and more rewarding for our customers.’

The bank claims the new rate is still comparable with that of other major savings accounts. But the rates on other easy-access accounts are starting to edge up.

Tesco Bank has just raised the rate on its Internet Saver to 1.3 per cent for new savers.

But this rate only lasts for one year. At this point you need to move your money or you end up on its standard rate — currently at a much lower 0.55 per cent.