Siobhan Mcfadyen For The Mail On Sunday

High property prices are putting home owning out of reach for many. According to a recent study by HSBC, only 31 per cent of young people said they were able to buy a home.

As a result, more prospective buyers are turning to shared ownership as a solution.

Run by housing associations or councils, the concept involves owning a part of a property and paying rent on the rest to the organisation that owns the remainder.

You can usually buy between a quarter and three quarters of the property, using a mortgage to pay the share, which can be secured with a deposit. To qualify for a shared ownership scheme, your household income has to be less than £80,000 a year outside of London, or less than £90,000 in London. 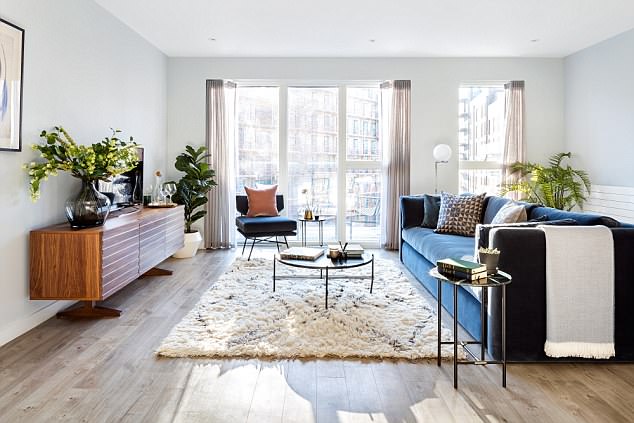 Events manager Ellie Wyburd purchased a 30 per cent share of her home in Peckham, South-East London, for £151,000. ‘Buying through shared ownership gave me the opportunity to buy my first property.

‘To have a place of my own at 25 is amazing, and to be living in a Zone 2 Underground location is just unbelievable.’

Ellie’s shared ownership home in the Woods Road development by Hyde New Homes has been a dream come true for her.

‘When I moved in, all of the white goods appliances were fitted, as was the bathroom. This has saved me a lot of time and also means that I can save my money rather than spend more.’

Shared ownership is not just for the young. In England, if you’re aged 55 or over you can buy up to 75 per cent of your home through the Older People’s Shared Ownership (OPSO) scheme. Once you own 75 per cent, you won’t pay rent on the rest. Ellie Wyburd who has bought a home in Peckham

‘You then take out a mortgage to cover the rest of your share,’ he adds.

Thames Valley’s shared ownership arm, So Resi, has a number of properties in their portfolio that show little sign of being part of the subsidised sector, with tailored lighting, stylish fittings and finishes, floor-to-ceiling windows, and communal roof terraces.

‘It’s a myth that shared ownership homes are lower quality,’ says Rawal. ‘At So Resi we’re constantly raising the bar and our homes are designed to very high modern standards with an excellent specification.

‘Your monthly outgoings are made up of your mortgage payment and a subsidised monthly payment to So Resi on the share of the property we still own,’ says Kush.

‘You can buy an extra share of your property whenever it suits you, until you own 100 per cent.

‘If you want to buy a home but can’t afford a hefty deposit or a large mortgage, shared ownership is a great option.’

Brilliant idea that transformed my life

It may seem like an idea that favours the young but shared ownership is growing in popularity among older age groups.

It enables more people on modest wages to think about owning their own homes when previously that might not have been an option for them.

Vuyo Magwaza, 47, had saved for years but her social worker’s income made the concept of home ownership elusive and effectively out of reach. ‘I’d been living in a one-bedroom key worker flat in the centre of Woking in Surrey but I want to adopt a child so needed more space and the security of owning my own home,’ she says.

‘Shared ownership has transformed my life – I could never afford to buy a house outright and it’s a brilliant way to buy in stages.’ Vuyo took a 50 per cent share of a two-bedroom maisonette re-sale property through So Resi near Woking, Surrey, in 2012 for £87,500. 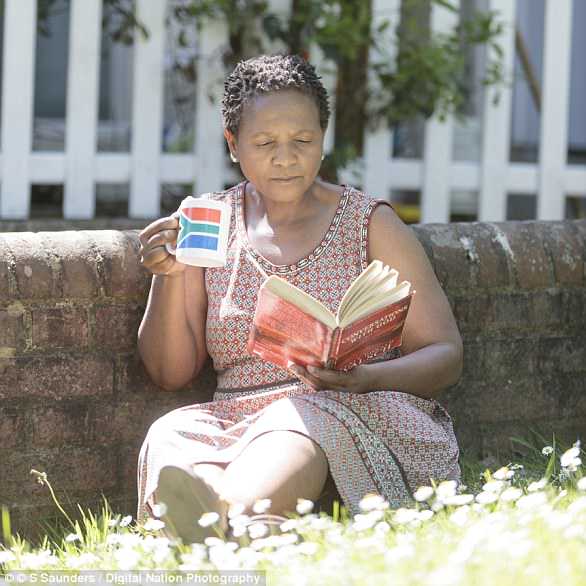 Success in stages: Vuyo Magwaza now owns all of her property

For the next five years she saved and bought additional shares and now owns 100 per cent of her home.

‘I was worried it might be difficult buying extra shares, but it was straightforward – the So Resi team guided me every step of the way.’