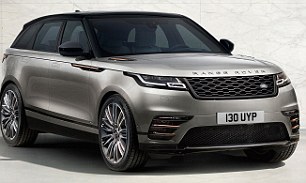 The US firm helping engineer GKN fight off a hostile takeover bid has won a £300million contract from Jaguar Land Rover (JLR).

Car parts maker Dana plans to plough around £21million into its factory in Birmingham to make the front and rear axles as part of the deal. The contract win boosts Dana’s work in the UK.

Shareholders have until next Thursday to decide whether to take up Melrose’s £8.1billion offer for the whole of GKN.

If not, they will then decide whether they back Dana’s offer, under which they would get shares in a car company and own 100 per cent of GKN, which would be an aerospace business once its powder metallurgy is sold.

Melrose secured backing yesterday from GKN pension trustees for its bid after they said they were happy with Melrose’s plan to pay £1billion into the heavily indebted pension fund if its takeover is successful.