US oil prices hit a four-year high over Iran fears 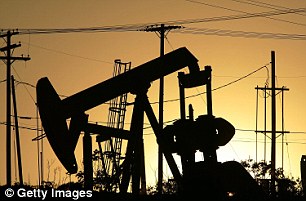 Production fears: US oil prices have risen to their highest level since 2014

Oil prices have risen on the back of concerns that Iranian output could plummet. 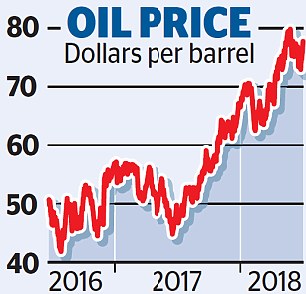 It comes after the US demanded all countries halt imports of Iranian oil from November, a hardline position the Trump administration hopes will cut off funding to Tehran.

‘If you’re having Iran’s oil taken off the market, then you have a decrease in supply.

‘That’s going to put more pressure on the price of oil to move up,’ said Mark Watkins, of US Bank.