Car buyers expecting to be able to pick up a second-hand bargain amid the crackdown on diesel could be in for a shock.

Rather than falling as demand slumps, a review of second-hand car values suggests the average price of used diesel cars is up 7 per cent annually. 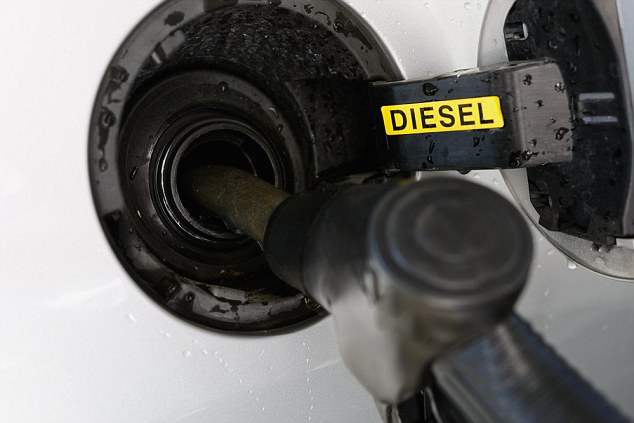 Defiant diesel: Auto Trader said used diesel car prices are 7% higher than they were a year ago

Auto Trader said used diesel prices recorded their highest level of growth in the year to the end of March since May 2015 – a time before the VW dieselgate scandal and drive to push the fuel from our roads over emissions fears.

But it is not as if consumers aren’t concerned by diesel, as industry figures showed that in the same month of March, new diesel vehicle registrations fell by a monumental 37 per cent year-on-year.

This is a direct result of the ongoing push by ministers to reduce their appeal with additional taxation in an effort to reduce air pollution – and consumers fears of more charges to come, either from government or councils, and heavy depreciation.

But while the new car showrooms and the wider industry has been rocked by the downturn in activity, used car dealers are not suffering the same situation.

Increases on taxation of new diesel models from the start of April were introduced to dissuade motorists from purchasing the fuel type, but the crackdown and other measures seem to have had an adverse reaction with more buyers seeking to buy used, purchasing what are in most cases dirtier diesels second-hand.

The rise in diesel car prices in March was broadly in line with similar growth recorded in both January in February, however, prices rose at a greater rate last month than in the two months before. 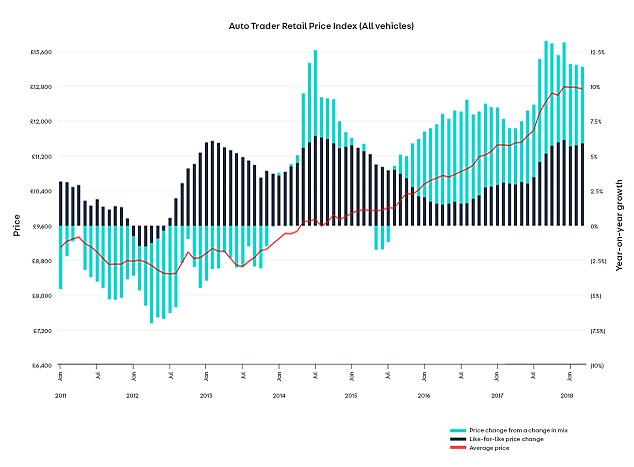 Auto Trader said used car sales have been rising in recent months, despite a significant downturn in new vehicle sales

The spike could be the result of higher first-year VED car tax bands coming into play in April – the Government’s latest move to reduce the number of new diesels entering the market – which may have shifted demand away from new cars to used ones.

Auto Trader said that searches for used diesel vehicles had fallen, however.

Diesel is still the most looked-for fuel type on the second-hand market, but in March 51 per cent of searches were for diesel cars, compared to 53 per cent in February. That’s down from 71 per cent of the searches in November 2016.

Petrol increased from 43 per cent to 45 per cent, the report claimed.

On average, one in five (21 per cent) of all searches a month on the second-hand car site are tailored by fuel type.

Bosch could save diesel with new technology to reduce NOx outputs 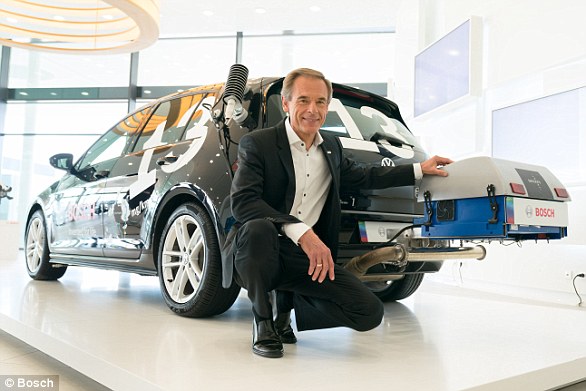 Bosch says it could have solved all the problems facing diesel cars with new technology that can be added to vehicles to all but eliminate the harmful nitrogen oxide (NOx) emissions that have been linked to 40,000 premature deaths in the UK each year.

The firm says the system can cut NOx outputs by 90 per cent, which means they’ll drop to around a tenth of the next generation legal limits due in 2020. 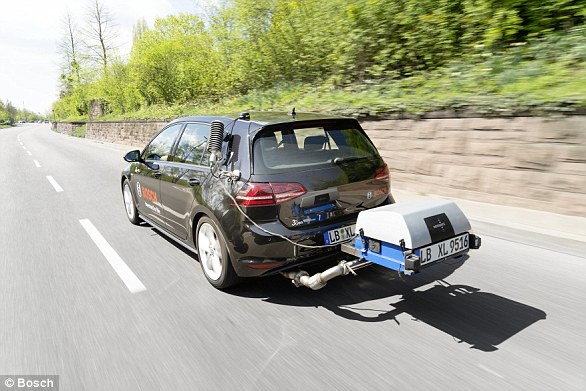 Bosch says the new tech can reduce vehicle NOx emissions by 90%, but it can’t be retrofitted to older cars

Speaking at Bosch’s annual press conference this week, chief executive Dr Volkmar Denner, said: ‘There’s a future for diesel. Today, we want to put a stop, once and for all, to the debate about the demise of diesel technology.

‘Bosch is pushing the boundaries of what is technically feasible. Equipped with the latest Bosch technology, diesel vehicles will be classed as low-emission vehicles and yet remain affordable.’

Unfortunately, the diesel-saving tech cannot be retrofitted to old cars and will only work with models with the latest components on sale today. 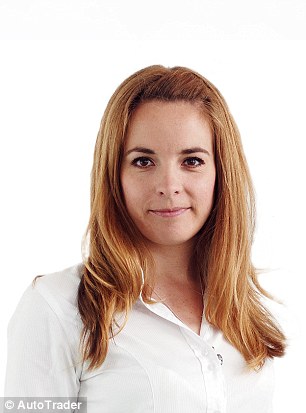 ‘We list more than 470,000 cars each day on our marketplace, so this is comprehensive data that is clearly pointing towards a resilient pricing environment,’ she said.

‘However, we have seen price growth start to flatten out, both in diesel and overall, since the end of last year.

‘Also, price is only part of the picture. With a sustained decline in searches for diesel on our platform, it’s clear that consumer sentiment has been significantly impacted by anti-diesel rhetoric and a lack of clarity about the benefits and drawbacks of diesel vs other fuel types.

‘A huge number of consumers have been deterred from diesel but don’t realise that modern Euro 6 technology can be significantly more fuel-efficient, and often more environmentally-friendly, than petrol.’

Auto Trader’s report was the latest to suggest the governments efforts to persuade drivers to ditch diesel is backfiring.

According to Department for Transport stats released earlier this month, there was a record number of diesels registered in the country at the end of 2017.

The DfT’s latest vehicle licensing data indicates there were almost 12.4million diesels being driven in Britain at the end of last year.

This is up from 12.1million at the end of 2016, as motorists decided to keep hold of their older, more polluting cars to avoid surcharges on new ones.

Green campaigners Transport & Environment also accused car manufacturers of delaying the release of new-age cleaner models in an attempt to clear their stock of out-of-favour diesels. 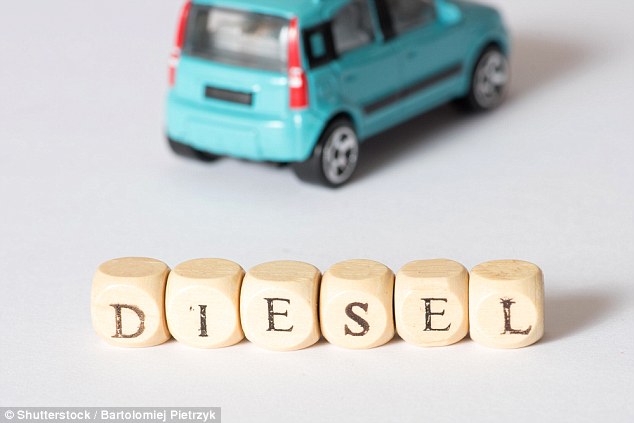 Auto Trader confirmed there had been a record number of searches for used alternative fuelled vehicles – including hybrids, plug-in hybrids and electric cars – on the platform last month.

Searches on the website hit a record high of five per cent in March, up from four per cent in January and February.

The most popular electric model based on search volume was the Nissan Leaf, and the most popular hybrid model was the Toyota Auris, Auto Trader confirmed.

Ms Edwards-Smajda said it was exciting to see that consumers were starting to make the switch, but said there were some ‘very real barriers’ preventing widespread adoption of these types of car. 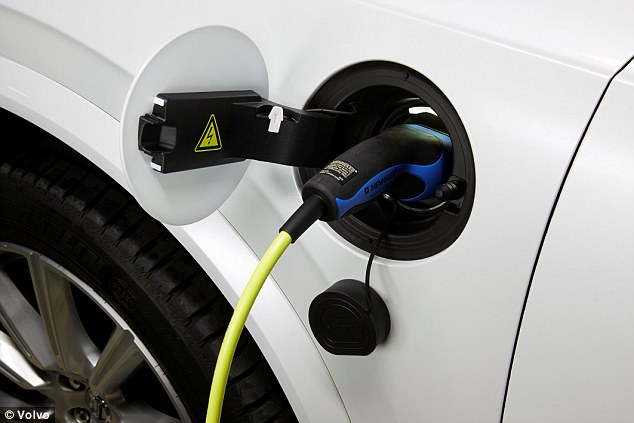 Demand for second-hand plug-in cars is rising but with just 37,483 electric cars registered on UK roads the availability of the used market remains limited for now

She added: ‘Our March market report found that 59 per cent of recent car buyers who chose not to purchase an electric car were put off by the upfront expense.

‘We believe finance will be a key enabler to greater consumer uptake of electric and hybrid cars, but we also need government to step up and offer willing early adopters greater incentives to buy electric.’

According to report from vehicle data experts cap hpi, the number of electric vehicles on Britain’s roads from April 2015 to this month has jumped by 128 per cent, with 21,019 more battery electric models registered than three years ago.

By the start of the month there were 37,483 registered EVs in Briton.

That’s just a small fraction of the 31.2 million cars on UK roads currently, meaning availability of plug-in cars on the second-hand market remains limited for now.