Another booming bargain business is seemingly rebuffing the retail blues, as fast-growing value chain The Works readies itself for a £100m listing on the London Stock Exchange next week.

The retailer, chaired by Card Factory founder Dean Hoyle and best known for its 3 for £10 books offer, said today it will commence dealings on the London market at 8am on July 19.

Its offer price has been set at 160 pence per share, valuing the High Street chain at £100m on admission. 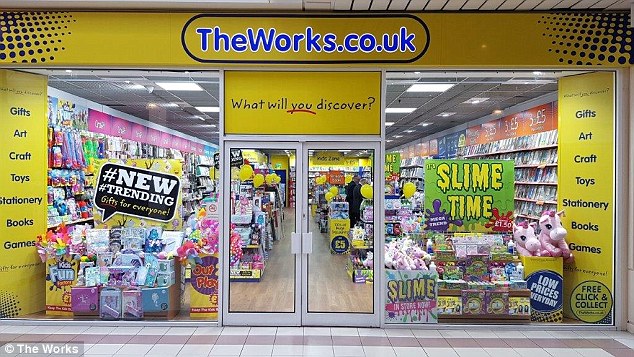 The gifts, books and stationery chain with 450 UK stores will float with a value of £100m

The listing comes at a difficult time for many bricks-and-mortar retailers, as falling footfall and fragile consumer confidence trigger swathes of shop closures, and have even forced household names Maplin, Toys R Us and Poundworld into administration.

However, value retailers like B&M and The Range, whose low prices hold appeal during a downturn, are bucking this trend and taking the opportunity to expand their store footprints and coverage of the UK.

The Works hopes to raise £65.2m through its IPO, £28.5m of which will go to the company and the rest to its selling shareholders, including private equity firm Endless which holds a 9.8 per cent stake.

The ambitious gifts and stationery retailer will use the funds to pay down its debt, and will invest in new store openings – taking advantage of the sudden wash of vacant High Street retail space.

‘We’ve opened stores in the last three months that have been on my wish list for the last six years.’

The Works currently has 447 UK stores, and Keaney intends to open 50 new shops every year for ‘at least the next ten years’ – a feat that would see the estate grow to around 1000 outlets. 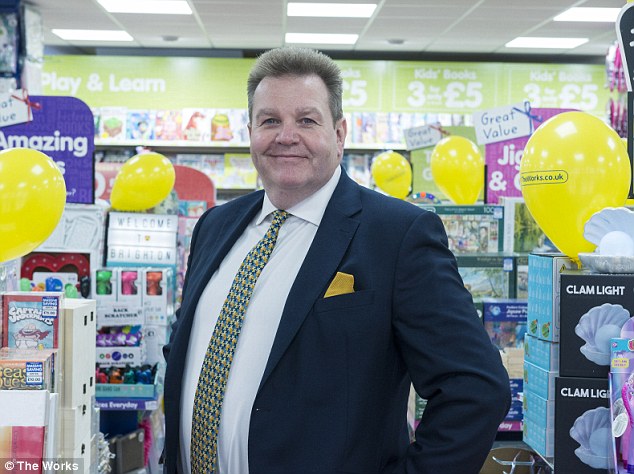 Speaking to This Is Money after the announcement, Keaney defended the decision to list the firm now, during what has been dubbed the worst year for retail since 2008, and described the move as ‘the natural next step’.

The boss said, that unlike many value retailers, The Works has made a commitment to being ‘multichannel’, which ‘has made a big difference’.

He explained that the growing popularity of click-and-collect, as well as the firm’s loyalty scheme, has helped mitigate falling footfall on the High Street.

In a statement, Keaney said: ‘Today represents a significant milestone for The Works and we’re extremely pleased with the level of interest we’ve received from investors in our business.

‘They’ve seen what our customers see every day – a unique and exciting retail experience that combines value, quality and variety that’s available online and in-store. With a highly experienced management team, energised staff and compelling offer, we are well-positioned for further growth.’