Vauxhall turns a corner: Carmaker swings back into the black under new French owners

Vauxhall turns a corner: Carmaker swings back into the black under new French owners

Carmaker Opel-Vauxhall has swung back into the black under its new French owners.

It made a half-year profit of £447million having last turned an annual profit in 1999 when owned by General Motors.

New owners PSA, which owns Peugeot and Citroen has axed staff and dealerships, also reported record sales of £33billion and profits of £2.6billion – around 40 per cent higher year on year. 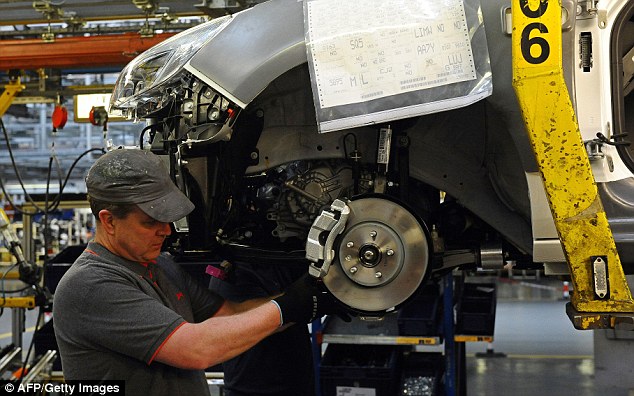 Turnaround: A Vauxhall employee on the production line at the car factory in Ellesmere Port. The carmaker made a half-year profit of £447m having last turned an annual profit in 1999

Analysts said the improvement was remarkable, given Opel made a loss of £159million during the second half of 2017.

Analysts estimate it has saved around £224 on the making of each car.

Opel Vauxhall sold 571,832 vehicles in the first half of the year.

PSA, which took over Vauxhall-Opel last August, has yet to make a decision on whether the Ellesmere Port plant in Cheshire will continue to make the Vauxhall Astra beyond 2021.