Vienna named the world’s most liveable city knocking out Melbourne

Vienna is the most liveable city in the world, according to a new survey.

The Austrian capital came out on top of a ranking, forcing former most liveable city Melbourne into second place for 2018.

Both London and New York didn’t even find a place in the top 40, while the world’s least liveable city was found to be the Syrian capital, Damascus. 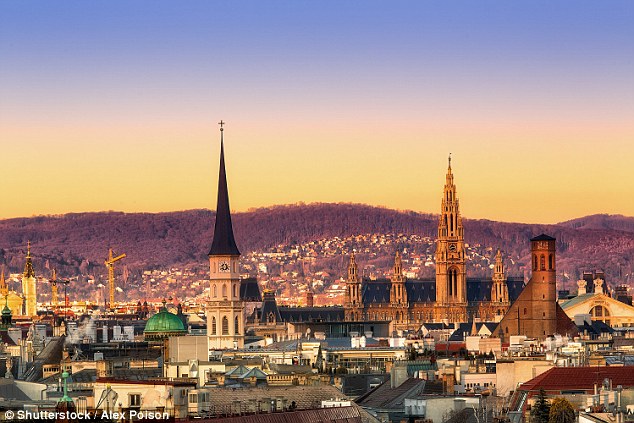 Vienna, pictured,  is the most liveable city in the world, according to a new survey carried out by The Economist

The list has been compiled by the Economist Intelligence Unit as part of its Global Liveability Ranking for 2018.

The study looked at 140 cities from around the world and scored them on stability, healthcare, culture and environment, education and infrastructure.

Following on from Vienna and Melbourne, Osaka in Japan came third followed by Calgary in Canada while Sydney is fifth.

The sixth spot is taken by Vancouver while there is a tie for seventh between Tokyo and Toronto. 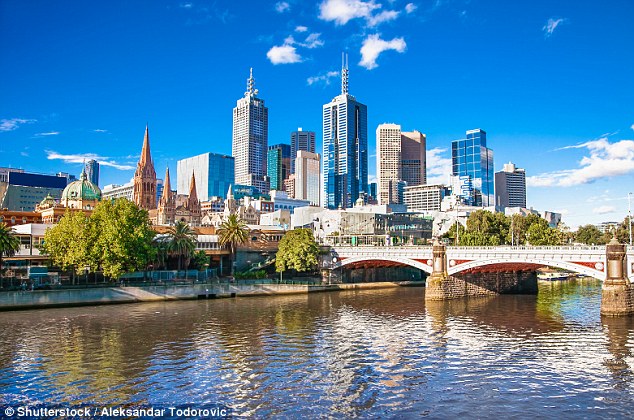 Second on the list is Melbourne, pictured. There are two other Australian cities – Sydney and Adelaide – in the top ten

Only one other European city, Copenhagen in Denmark, makes it to the top ten, coming in at ninth place.

While Adelaide sneaks into 10th place making it the third Australia city in the top ten.

The highest ranked city in the UK is Manchester in 35th place while London could only manage 48th.

The ranking of American cities has followed a consistent trend over the years.

Canadian cities are at the very top—both globally and within the region—accounting for three of the ten most liveable.

US cities follow, also sitting comfortably within the top tier of liveability with Honolulu the most highly rated. New York came in at 57th. 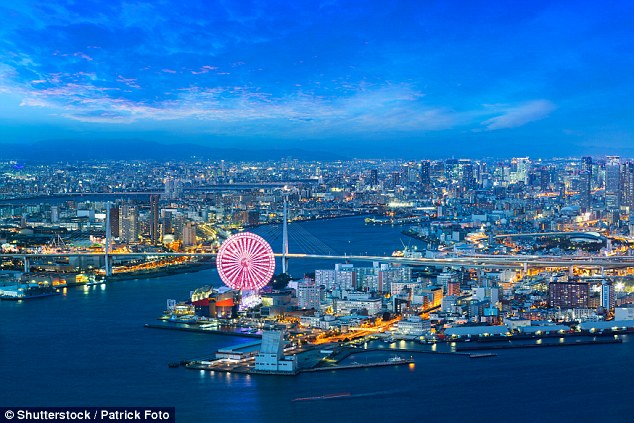 The bay of Osaka in Japan. The city was named the third most liveable in the study

However, Latin American cities trail their peers in the Americas and display a wide range of liveability scores.

Buenos Aires (Argentina, 62nd) continues to lead the pack with a score of 82.4 per cent and Caracas (Venezuela, 126th) remains the region’s least liveable city.

San Juan has seen the sharpest fall of 21 places as its infrastructure took a hit after two hurricanes struck Puerto Rico in September 2017.

In Asia, Hong Kong, whose ranking fell dramatically in 2015 due to heightened fears of unrest as part of the so-called Umbrella Revolution, has largely recovered and now comes in at 35th place.

Although it was overtaken by Singapore in the rankings for the first time last year, Hong Kong has now surpassed its regional rival, albeit with only a marginal difference of 0.1 per cent overall.

However, at the other end of the table conflict continues to be responsible for many of the lowest scores. 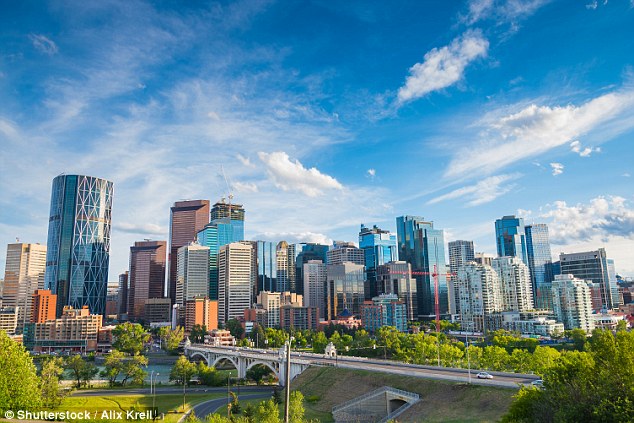 Canadian cities are at the very top—both globally and within the region—accounting for three of the ten most liveable. Pictured is fourth placed Calgary

The Middle East, Africa and Asia account for the ten lowest-scoring cities in the survey where violence, whether through crime, civil insurgency, terrorism or war, has played a strong role.

As well as Damascus, also faring badly are Dhaka in Bangladesh, Lagos in Nigeria, the Pakistani city of Karachi and Port Moresby in Papua New Guinea.

Roxana Slavcheva, editor of the survey, said: ‘Globally, this has been a year of many changes.

‘Not only has Vienna displaced Melbourne to become the most liveable city, but a total of 77 cities have seen a change in their liveability ratings.

‘A return to relative stability, after several high-profile terrorist attacks and civil unrest incidents across much of western Europe and North America, has meant that only nine of these cities have registered a decline in this period.’

THE WORLD’S MOST LIVEABLE CITIES INDEX 2018