Willis, who dressed as a motorcycle cop when performing the 1978 song, says it took him just six hours to write the lyrics.

He currently owns half of the copyright to all the Village People’s songs and says his music catalogue represents his pension. 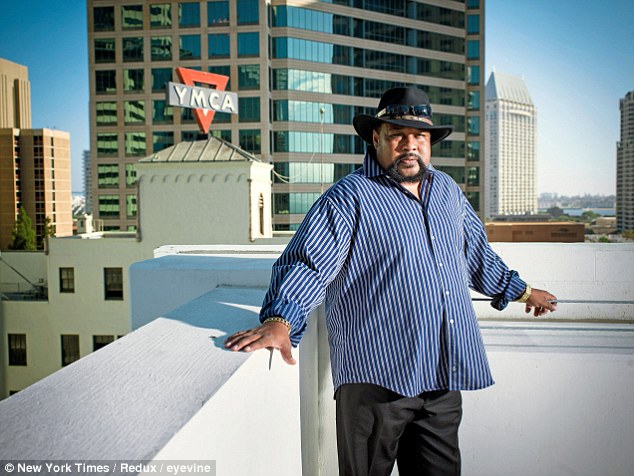 Lucrative: The singer, from San Diego, California, regained his share of the copyright to the group’s songs

Willis regained his share of the copyright in 2012 in a landmark legal ruling that set a precedent for other American artists wishing to terminate long contracts with record labels and publishers.

The 66-year-old now lives in a multi-million dollar six-bedroom mansion in San Diego, California. He regularly goes on luxury cruises with his wife Karen, booking the most deluxe cabin without having to consider the cost. The most expensive thing he has ever bought, just for fun, was a gold Cartier watch encrusted with diamonds. It cost him $100,000 (£457,000).

It is a far cry from his humble beginnings in San Francisco where he grew up the son of a Baptist minister and worked in the local grocery store stacking shelves and taking out the rubbish.

Willis will join other top disco artists as part of the 40 Years Of Disco 2 Tour next year. He will sing hit songs from his time with the Village People at venues across the UK from March. Tickets are available from website tdpromo.com.

To make as much money as you can doing something that makes you happy. They always told me: focus on your heart, do what you want to do and money will come – and when it does, spend it wisely.

My father was a Baptist minister and my mother worked in childcare. I grew up in San Francisco and had a comfortable childhood. We owned our own home and money did not seem to be at all tight. We were happy. 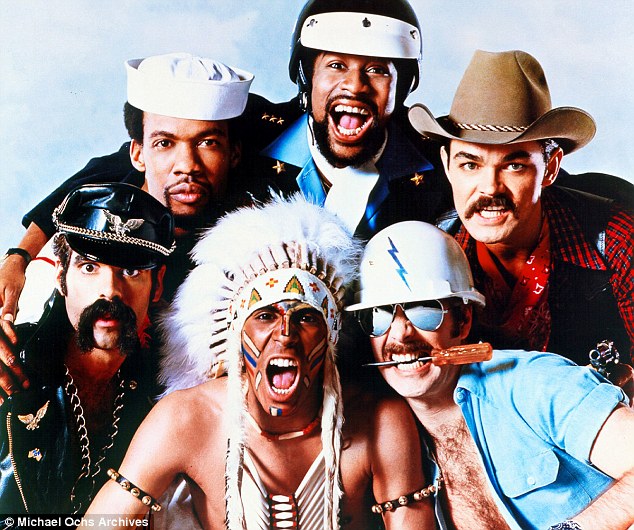 Iconic: Village People in 1980 with Victor Willis as the motorcycle cop, pictured top

I worked in a grocery store across the street from where I lived when I was 14 – for a few dollars an hour. I stacked shelves and took out the garbage in the evenings after school. It taught me the value of money.

Yes, when I was 20 and first moved to New York. I had never been there before – and had not seen snow – and I struggled trying to get on my feet, find a job and a place to live. Luckily, I had a girlfriend who worked in a fish restaurant. She would bring me dinners at night so I saved money on food.

In the end, it only took three weeks to get a job on Broadway. The dance captain of the show I was in let me stay with him and his girlfriend for a few weeks. Within a couple of months I managed to get my own one-bed apartment in Manhattan.

No, although I have re- ceived cheques for millions of dollars as a result of writing the lyrics for Y. M.C.A. and singing that song. I went through four or five different drafts of Y. M.C.A. when writing it. In total, it might have taken me six hours. But writing the final draft only took ten minutes. 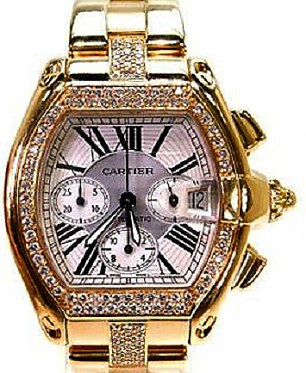 I cannot say how much I have made in total from that one song, but it is still making millions of dollars a year now and that has been going on consistently for the last 40 years. I do not think I have earned silly money for that song though. I expected it to make that much. In fact, I expect it to make more. When I make my first billion, that is when I will think I have earned crazy money for that song.

It was 1978 when Y. M.C.A. came out. That song made several million dollars in its first year.

What is the most expensive item you have ever bought just for fun?

It was a Cartier diamond gold watch. I paid about $100,000 for it. I did not buy for any particular reason, I just wanted it and like the way it looks on me. It is a nice gold watch with diamonds around it, and it goes with my chains and other bracelets.

I invested hundreds of thousands of dollars in an oil drilling company a few years ago on the advice of my accountant. It turned out to be a sham.It taught me to be a more cautious investor.

Holding on to my music catalogue which meant I retained ownership of the copyright of my compositions. I had offers to sell my catalogue for millions of dollars in the 1980s, but I instinctively held on to it. It is worth ten times more than if I had sold it then. Every year, it increases in value.

As well as my own music, I am now a 50 per cent owner in the Village People catalogue. It means that as long as Village People songs make money, I do. Even if other people perform or record those songs, I get paid.

No. The music catalogue is my pension and I do not play the stock market. I learnt my lesson about that. My money is either in the bank or in business investments.

Yes. I own properties in California. My home is a six-bedroom mansion in San Diego County and is worth a few million dollars. It has a pool, Jacuzzi and a little waterfall.

It is a luxury cruise vacation from San Diego. My wife and I book the top cabin, the most expensive one they have which is usually the stateroom. It costs thousands of dollars. We do it once a year – that is all we have time for at the moment. From the boat, we go on excursions and spend whatever we want. We enjoy travelling.

I would make sure everybody pays their fair share of tax. If you are a billionaire, you should pay your slice just like a working-class person. I would also make sure the economy was stimulated enough so that everybody who wanted to could find a job.

Yes. I believe in assisting people who are not able to help themselves, particularly war veterans and other people who are disabled. My father taught me that is the right thing to do. It is godly.

To take care of my beautiful family.