The elegant U.S. port city of Charleston, South Carolina, is notable for a few firsts. It heard the first shots of the Civil War and the first successful submarine attack took place there.

It’s also where Sweden-based, but Chinese owned, Volvo, founded in 1927, has built its first U.S. factory.

What British motorists need to know is that it will build and export Volvo’s new upmarket S60 sport saloon to these shores — and it’s turned its back on diesel. 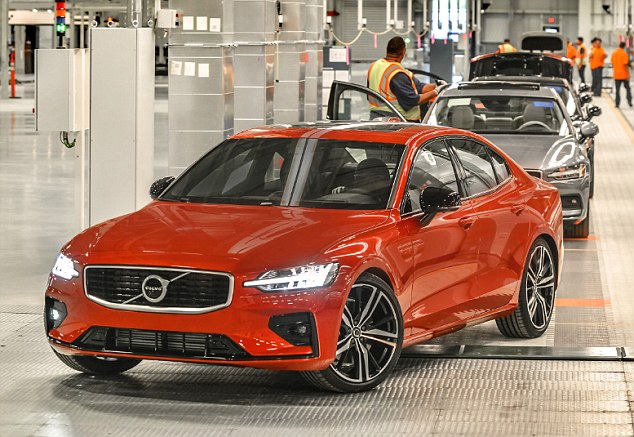 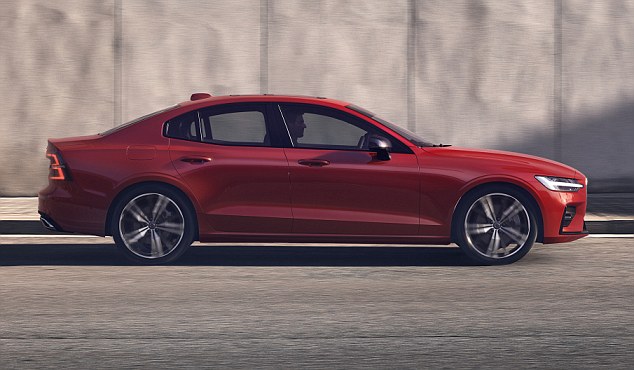 Significantly, the sporty new S60 saloon — with a range of up to 28 miles in electric-only power — will concentrate on cars with petrol, plug-in petrol-electric hybrid, and full electric power.

The vast new 1,600-acre factory, which I visited for its opening and the S60 global launch this week, adds to rapidly expanding Volvo’s two manufacturing plants and engine plants in Europe, three car factories and an engine plant in China, and assembly lines in India and Malaysia.

Volvo president and chief executive Hakan Samuelsson says: ‘The new S60 is one of the most exciting cars we’ve ever made. 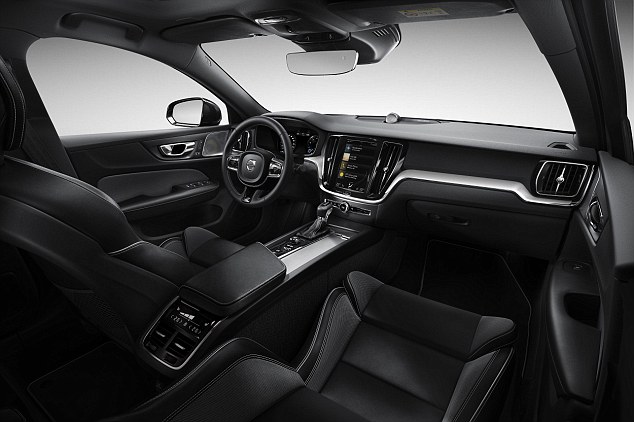 The new S60 saloon will be available with turbocharged or supercharged 2-litre petrol engines.

But it’s also our first without a diesel. None of the cars which follow will have diesel, either. We’re not developing new diesels.’

He insisted it was not a damning verdict on diesel fuel, but a pragmatic choice to commit to ‘electrification and a long-term future beyond the traditional combustion engine’.

The company confirmed that its first fully electric Volvo will be the XC40 SUV and will be followed by the larger XC90. 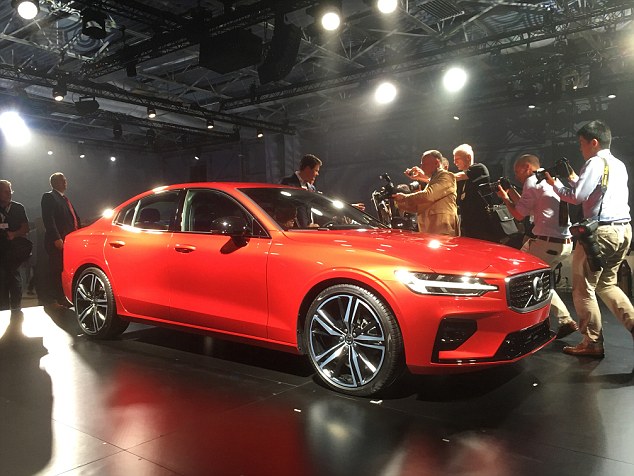 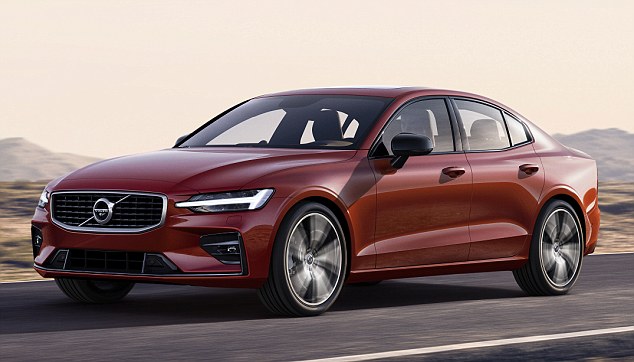 Last year, Volvo was the first global player to announce that from 2019 all new models will be electric in whole or part.

The new S60 saloon will be available with turbocharged or supercharged 2-litre petrol engines.

Volvo’s petrol T5 and T6 petrol engines will be available at launch.

Peugeot gets on its bike

I’ve been impressed with Peugeot’s large seven-seater 5008 — both to drive and as a highly practical load-lugger — having recently put one to the test transporting my eldest son back from university with tons of his end-of-year kit. 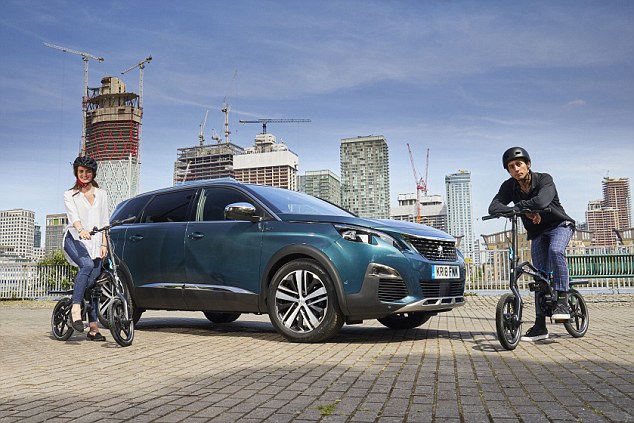 Allez: Peugeot’s now offers an electric powered bicycle that folds away to stow in the boot of its large seven-seater 5008 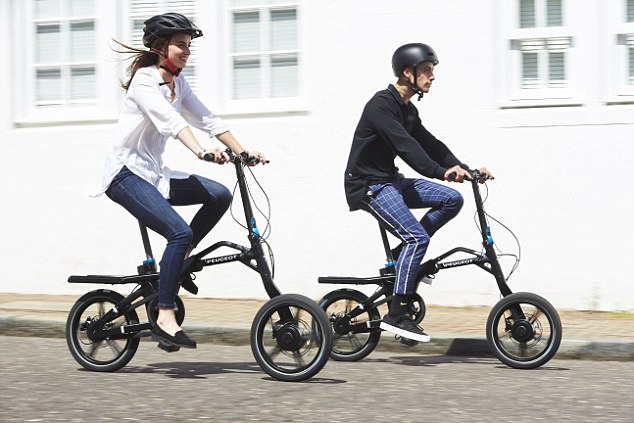 Now I can tell him ‘on your bike’. For the French car maker has launched a handy new option — an electric powered bicycle that folds away to stow in the boot.

While more than a third of drivers commute to work, many are unable to park within a mile of their workplace.

So the aluminium-framed eF01 electric bike means drivers can park up and complete the journey on two wheels. It weighs just 18.6kg, has a 25 mile range, and a top speed of 12.5 mph.

New BMW 8 Series has got the grunt

BMW’s svelte, sporty new two-door 8 Series coupe was unveiled at the 24 Hours of Le Mans endurance epic as a racing version took to the track. It is on sale now from £76,000 with first deliveries in September. 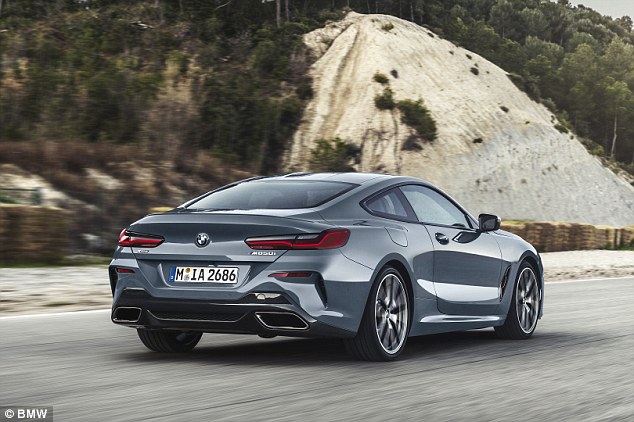 The BMW 8 Series Coupe is based on the 7 Series saloon, though is marginally smaller. Despite that, it’s almost as long and wide as a Range Rover Sport 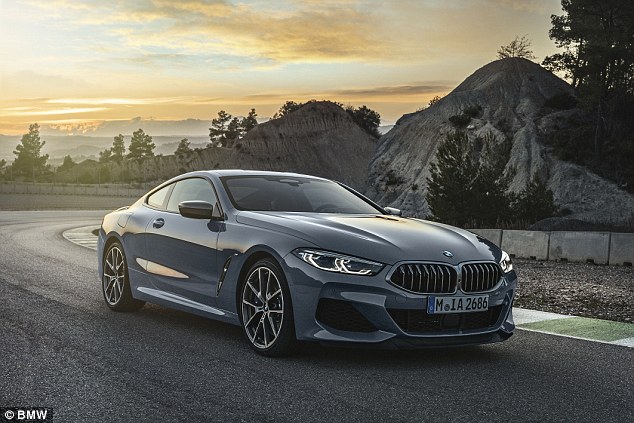 BMW states that the M850i will be able to motor from a standstill to 62mph in 3.7 seconds – the same time it takes an Audi R8 V10 to reach that speed – and onto a limited top speed of 155mph 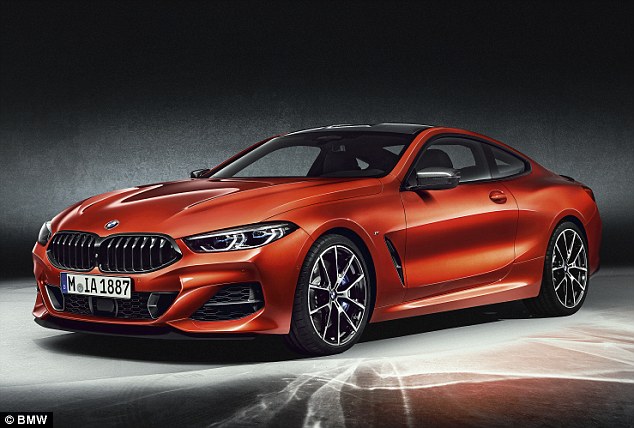 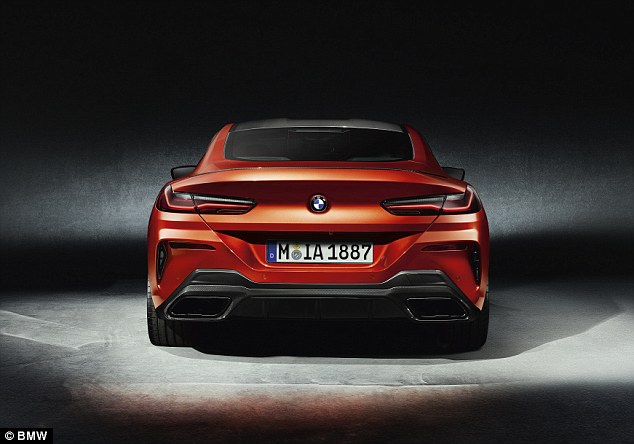 A more extreme tuned M8 version, from BMW’s ‘M’ Motorsport division, with more than 625 bhp will follow next year from about £130,000.

Capable of accelerating from rest to 62 mph in just 3.7 seconds up to an electronically limited top speed of 155 mph, it is being billed as BMW’s fastest and most powerful production car ever.

The new 8 Series coupe is one of three planned body styles, with a convertible and four-door Gran Coupe also expected next year, reviving the 8 Series name which was last used in 1999.