Walmart and Amazon go into battle to buy India’s Flipkart

Walmart and Amazon are going head to head in a battle to buy India’s biggest online retailer.

Walmart is expected to confirm the deal for Flipkart later this week, but it is thought Amazon will make a bid.

The American supermarket group and internet retail giant are fighting for dominance in the US, with Walmart ploughing billions into online shopping to compete. 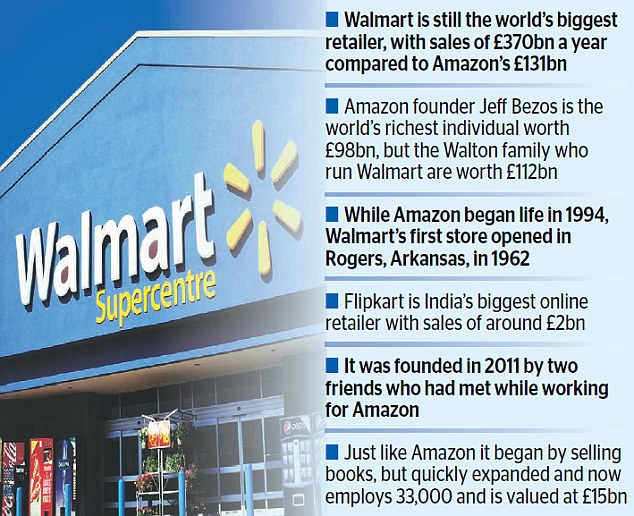 If the Flipkart deal goes ahead, Walmart will own 60 per cent, while Google’s parent company Alphabet is also paying about £2.2billion for a 15 per cent stake.

It is likely to value Flipkart at between £13billion and £15billion.

Flipkart is Amazon’s biggest rival in India. It was founded in 2007 by Sachin Bansal and Binny Bansal (no relation), two former Amazon warehouse colleagues.

It now has more than 100m registered users and makes around 8m shipments every month.

Walmart will get three seats on Flipkart’s board and will oversee the appointments of the group’s finance, legal and compliance management.

Sachin Bansal is expected to leave Flipkart after the deal is completed.